Standing in solidarity with Muslim communities world-wide, tributes are flowing in response to Friday's mass-shooting at two mosques in New Zealand.

Mourners around the world have expressed their grief, anger and shock at the killing of 49 people in New Zealand two mosques.

In Christchurch, a sea of flowers has grown near the Al Noor mosque on Deans Road, the site of one of the deadly attacks. 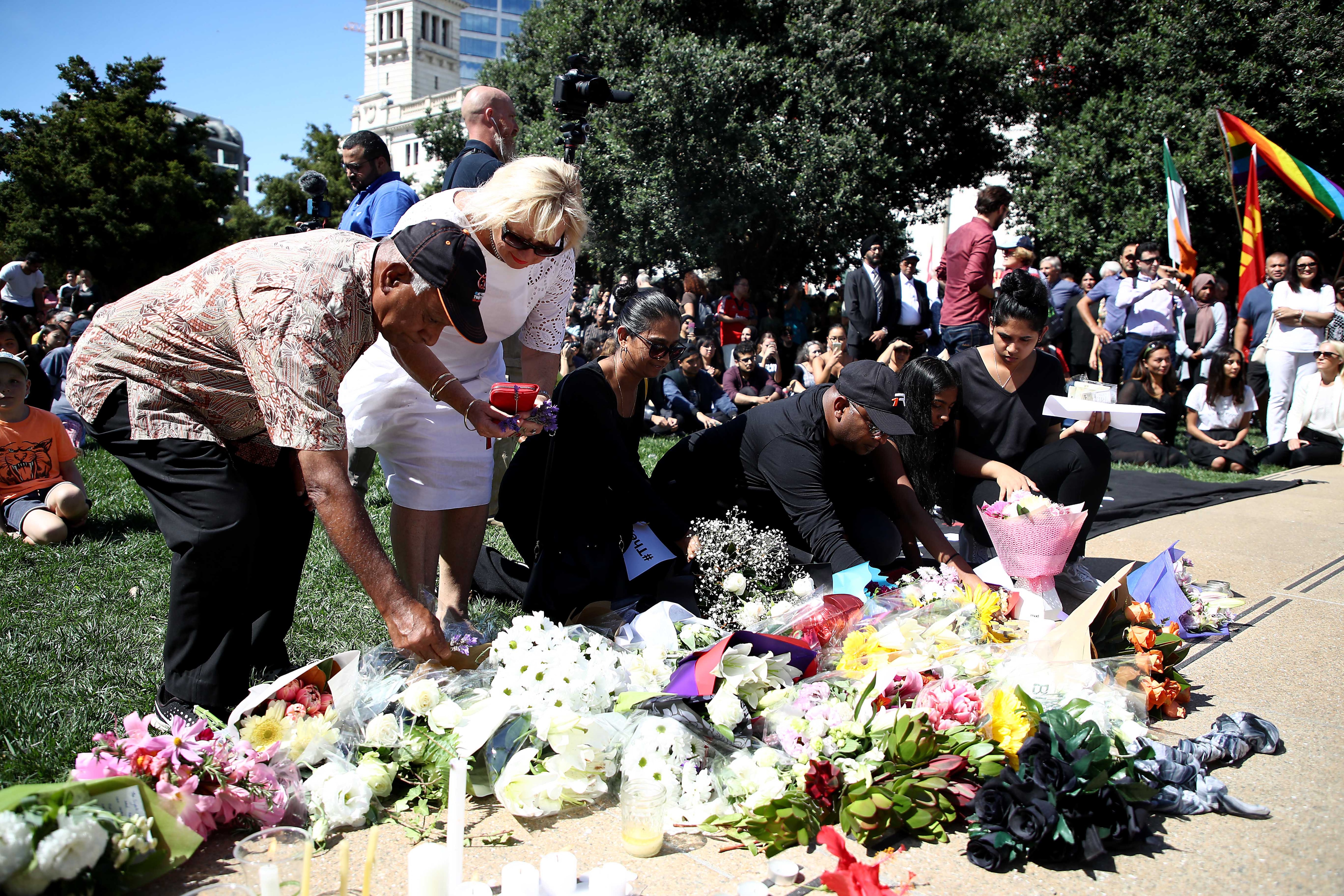 People place flowers and messages of condolence as a large crowd gathers in Aotea Square for a memorial to the victims of the Christchurch mosque shootings.
Photo by Phil Walter/Getty Images

Saturday morning in #Christchurch , New Zealand. Outside the #Mosque where the massacre took place. Children, elderly, Muslim, non-Muslim all are united in grief.
Flowers and messages left for the victims. #NoToHate
May ALLAH grant them Jannah,
Ameen. #ChristchurchTerrorAttack pic.twitter.com/SJH5Hcy1Ng Mourners write condolence messages in chalk along the footpaths in Christchurch.
Laurie Lawira.

Saturday morning in #Christchurch , New Zealand. Outside the #Mosque where the massacre took place. Children, elderly, Muslim, non-Muslim all are united in grief.
Flowers and messages left for the victims. #NoToHate
May ALLAH grant them Jannah,
Ameen. #ChristchurchTerrorAttack pic.twitter.com/SJH5Hcy1Ng 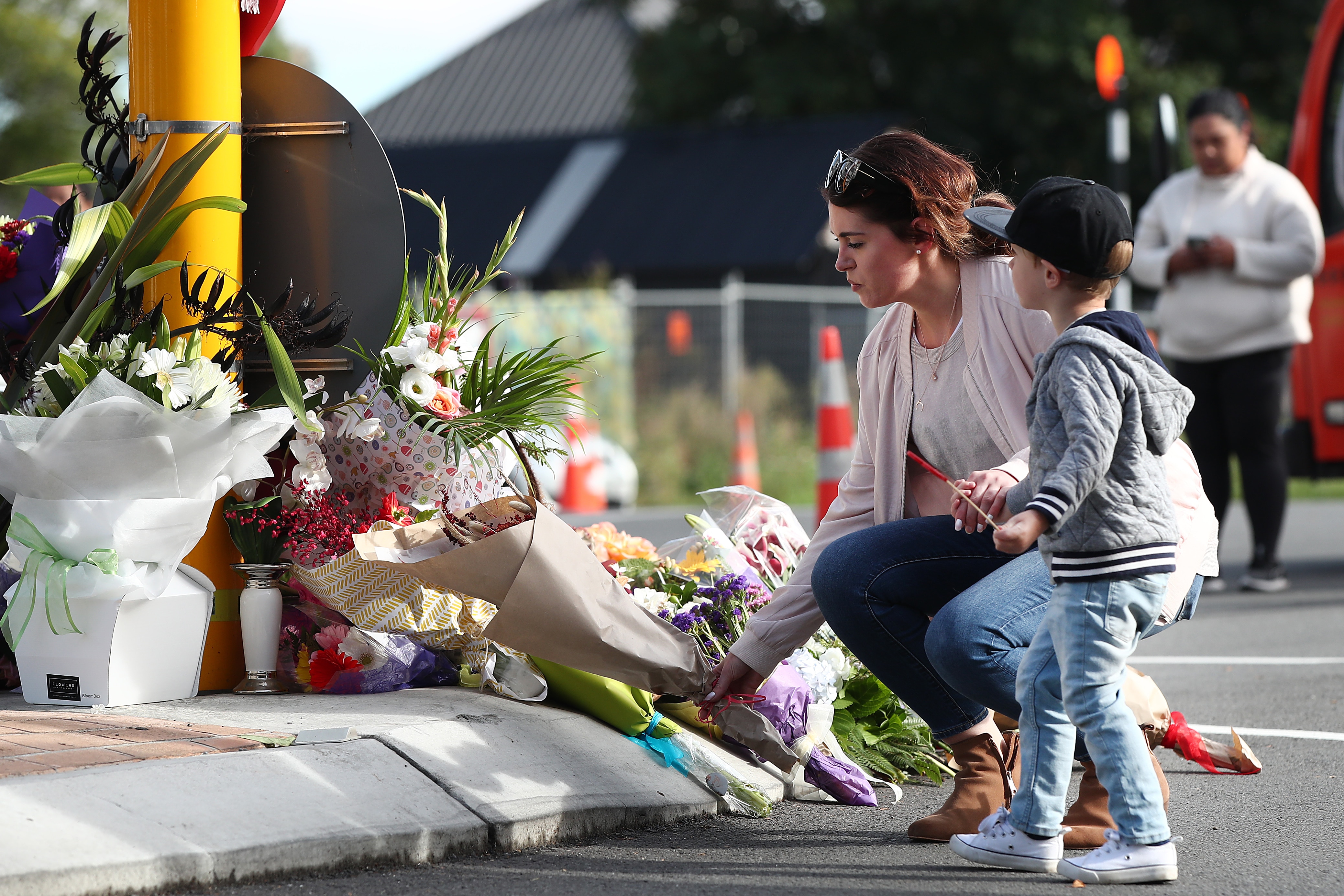 Locals lay flowers in tribute to those killed and injured at Deans Avenue near the Al Noor Mosque.
Fiona Goodall/Getty Images

Similar tributes have cropped up at mosques across the country as New Zealanders band together in sorrow.

Today, despite the climate catastrophe and the terrorist attack in the city, the children of Ōtautahi Christchurch, Aotearoa New Zealand were showing the world what true strength is: diversity, tolerance, and caring for each other and the planet. Locals lay flowers and condolences at the Huda Mosque in Dunedin in tribute to those killed in Christchurch.
Photo by Dianne Manson/Getty Images

Australians have also joined in the efforts, placing tributes at Australian places of worship, as the Australian flag flies at half mast on public buildings.

“Standing with you for peace and love," one card, left with flowers at Canberra Mosque, said. after devastating terrorist attack on Mosques in Christchurch, NZ.

Out of respect and in condolence for all those killed in the terrorist attack in New Zealand, I have asked for flags to be flown at half-mast. pic.twitter.com/0qgIrmdgoH

“Standing with you for peace and love” - flowers and card left at Canberra Mosque after devastating terrorist attack on Mosques in Christchurch, NZ. 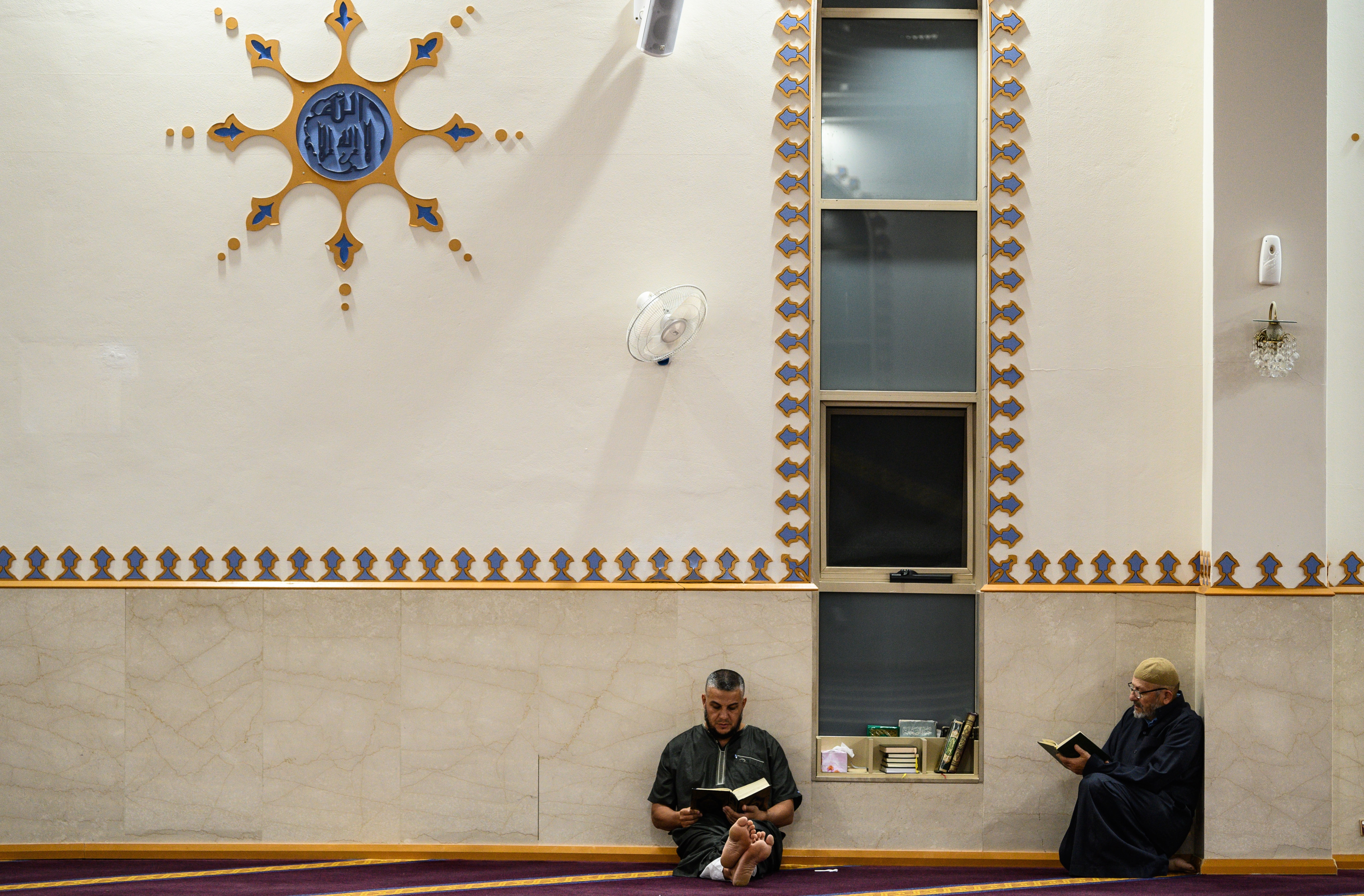 A mother and daughter came tonight to lay flowers at Lakemba Mosque, to pay their respects and give support to the Muslim community. The gathering stopped, and clapped. These flowers are from all of us to those affected by acts of hate, and rhetoric which divides and demonises pic.twitter.com/bvmAWp3z1S

Ahead of Saturday's NRL match between the New Zealand Warriors and the Canterbury Bulldogs in Auckland, the Warriors gathered for a minute's silence to remember the victims of the Christchurch mass shootings.

In London, flowers line the railing of Finsbury Park Mosque and a demonstration of solidarity was held close by. 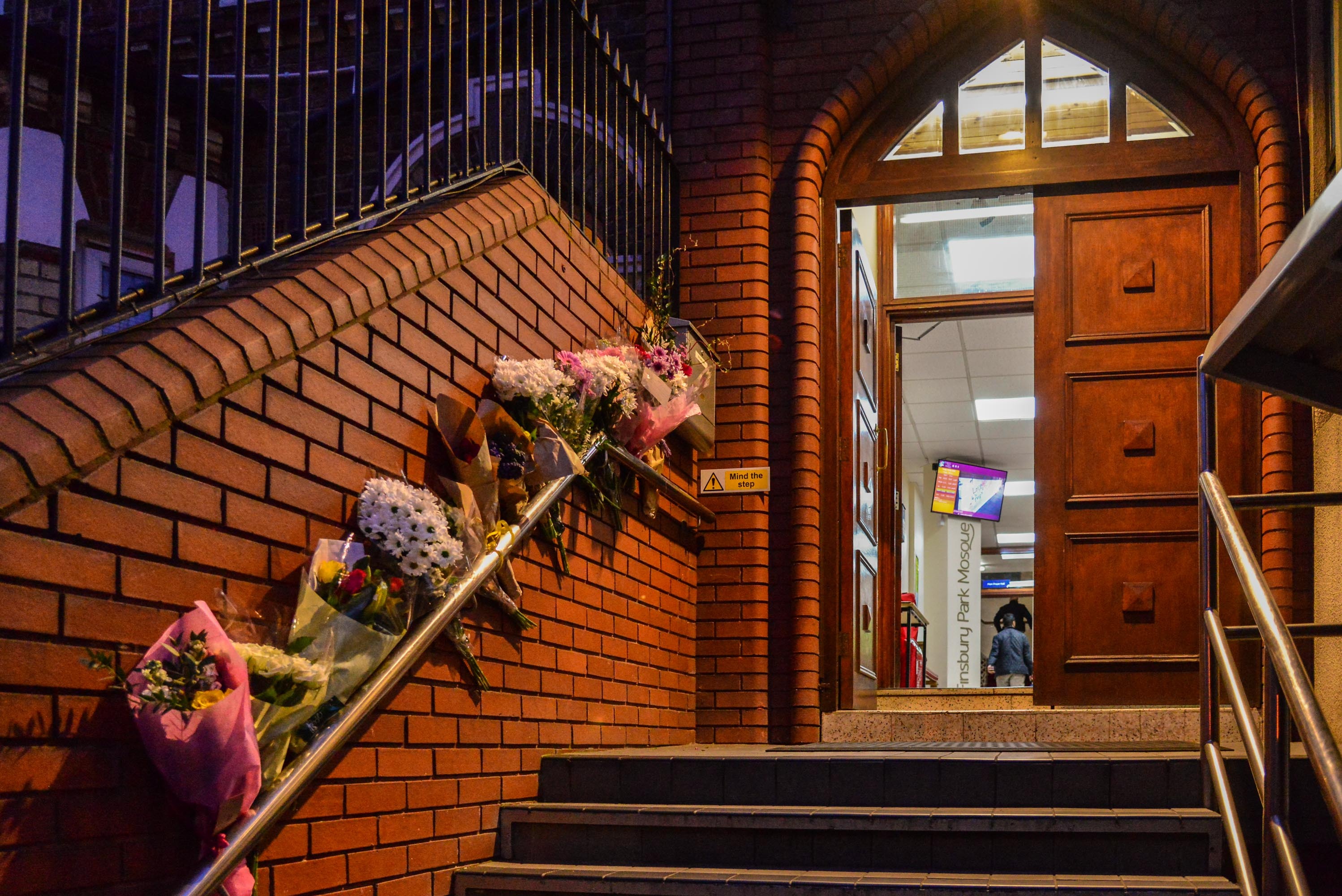 Flowers attached to the railings of Finsbury Park Mosque in London. 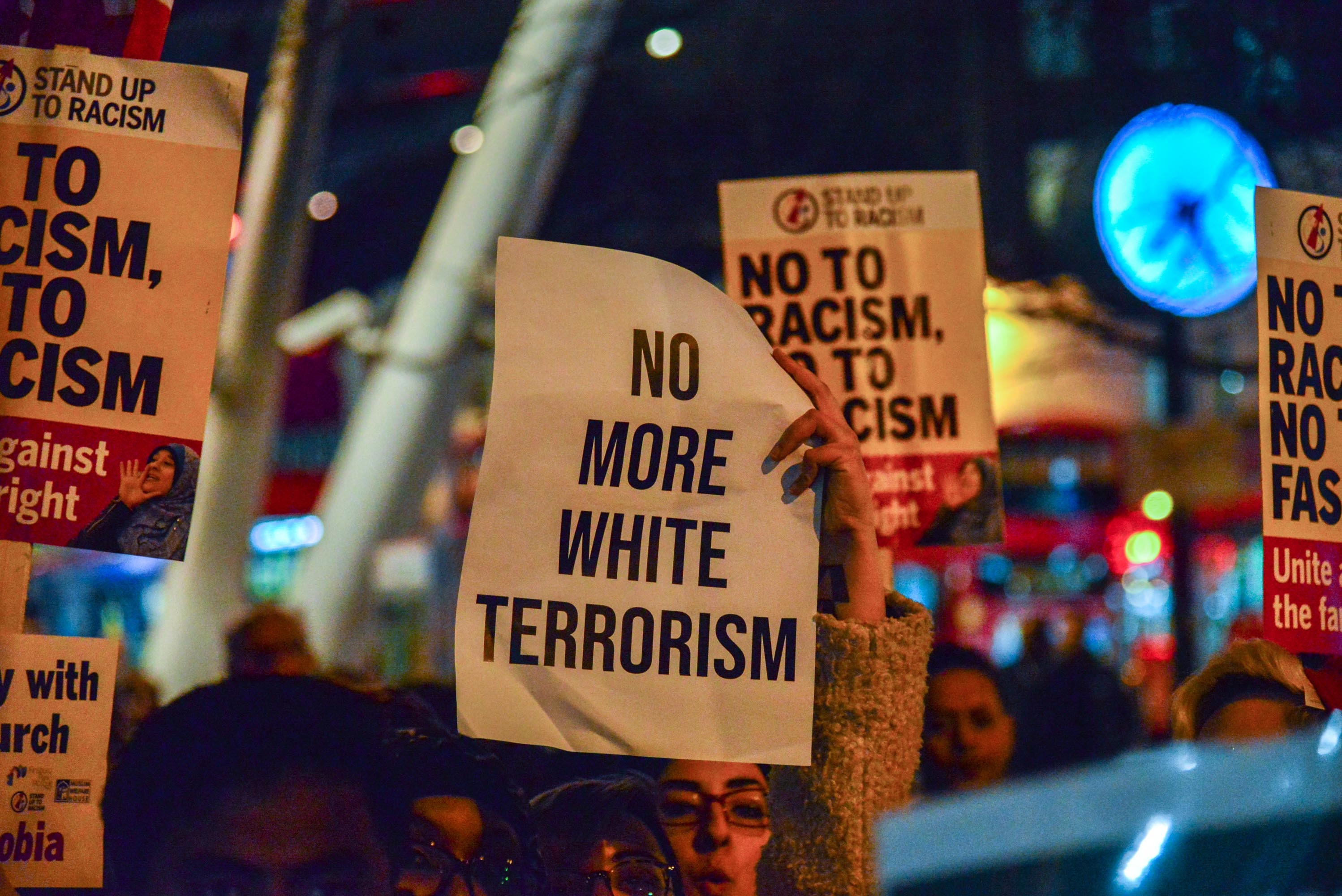 A women holds a sign reading "No more white Terrorism" at a rally close to Finsbury Park Mosque in London.
Claire Doherty/Sipa USA 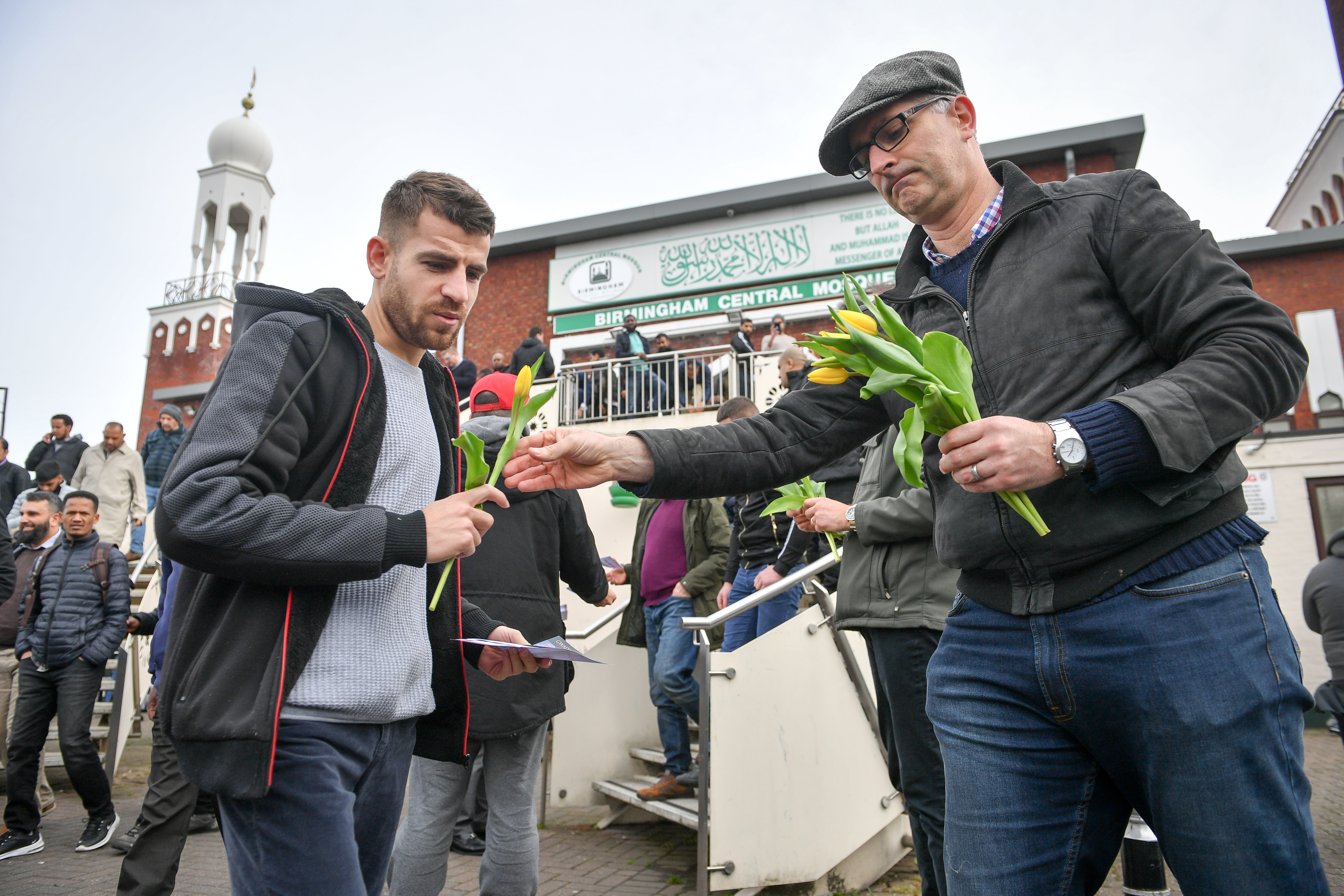 Flowers are handed out at Birmingham Central Mosque as Friday prayers finish after the attack on the Mosque in Christchurch.
Ben Birchall/PA Wire 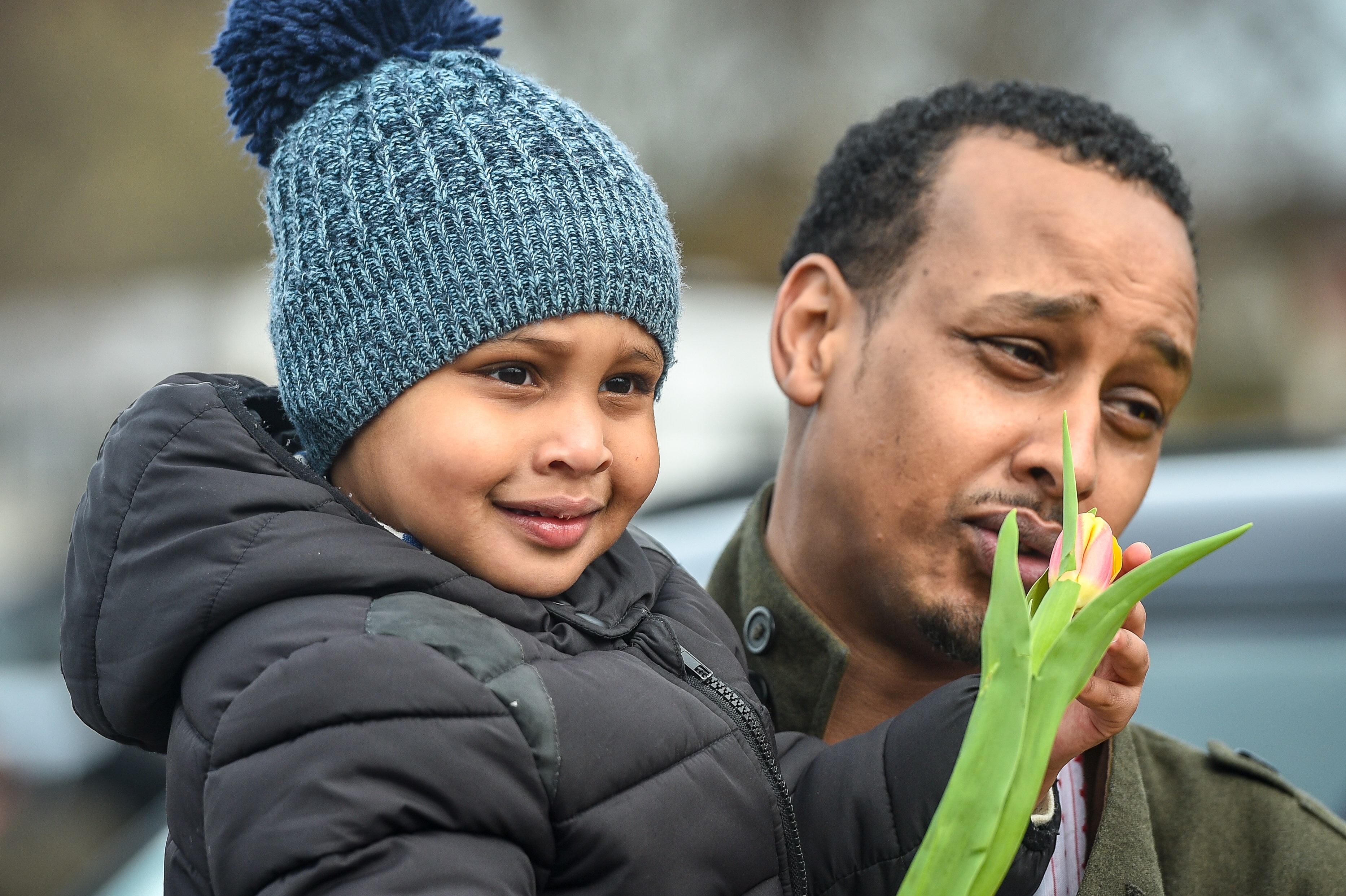 Said Abdi's son holds a flower given to him outside Birmingham Central Mosque.
Ben Birchall/PA Wire

Former US President Barack Obama took to Twitter to stand in solidarity with New Zealanders.

Michelle and I send our condolences to the people of New Zealand. We grieve with you and the Muslim community. All of us must stand against hatred in all its forms. 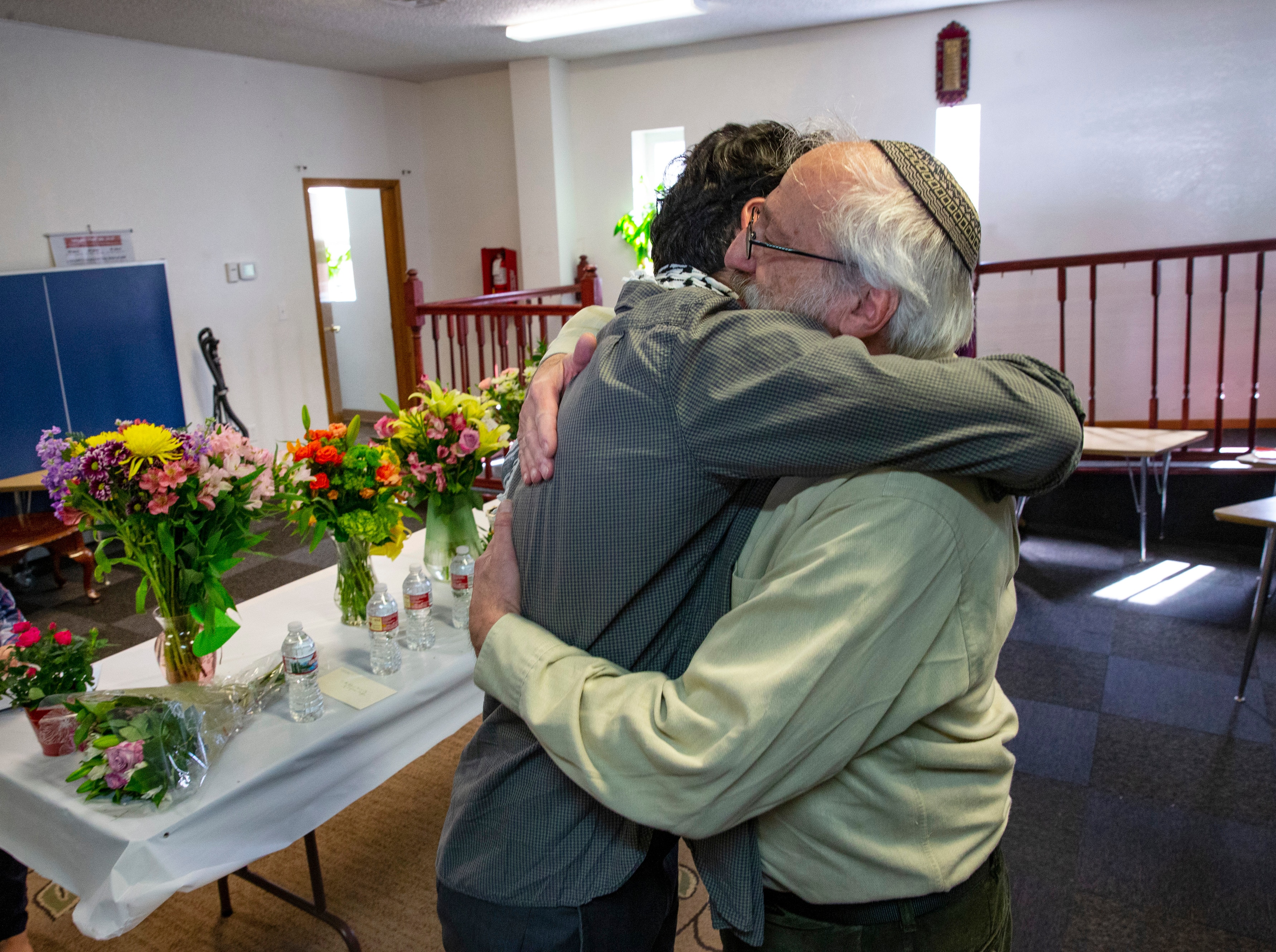 A vigil was held in Toronto to remember the victims of the Christchurch mass shooting. Attendees held signs reading "United against Islamophobia". A vigil held for the victims of the New Zealand mass shooting in Toronto.
Chris Young/The Canadian Press via AP

There were also demonstration of solidarity posted to Twitter from Cape Town, South Africa.

In Europe, prominent landmarks were used to show solidarity with the people of Christchurch. 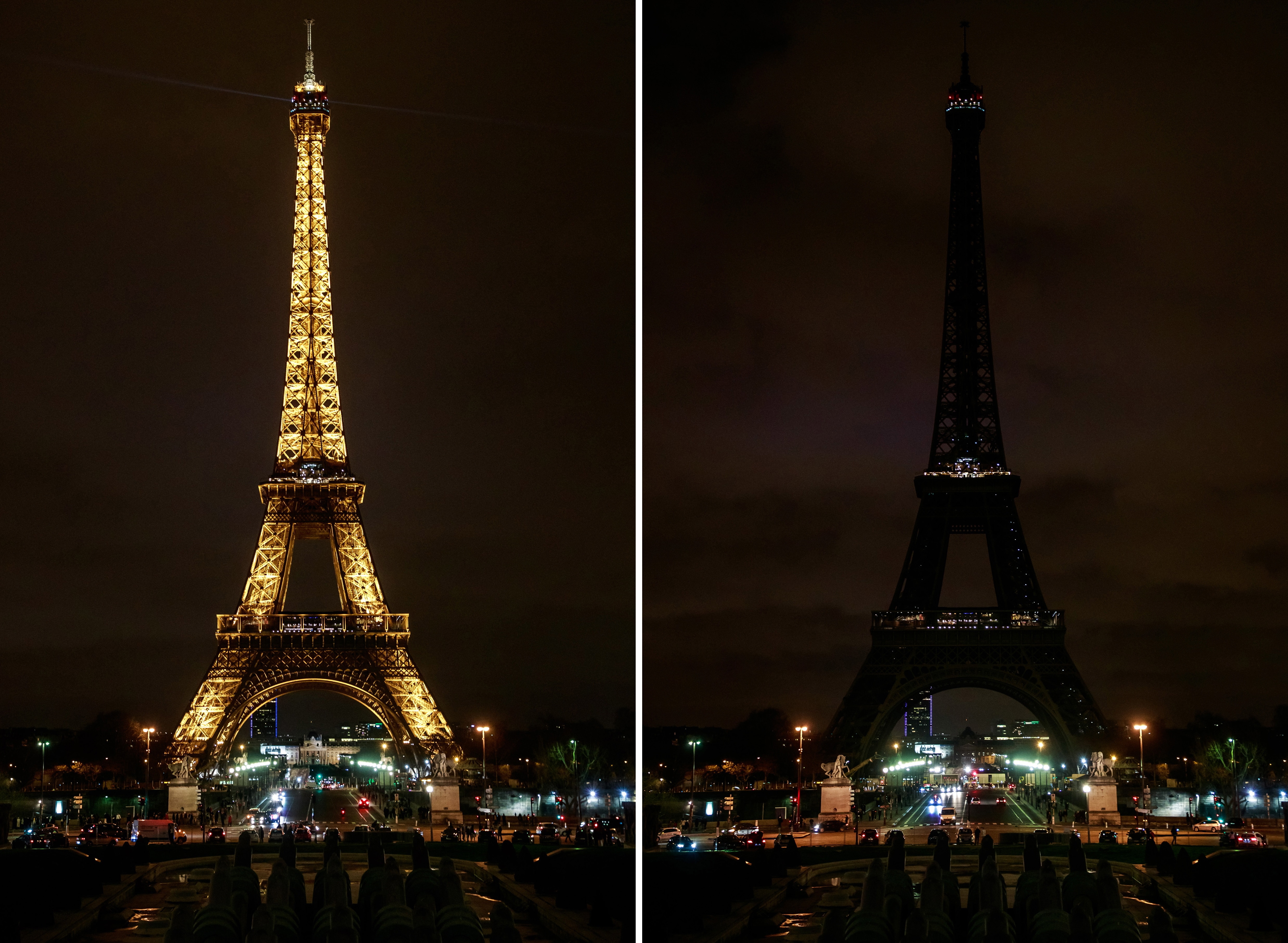