Some "yellow vest" protesters have described proposals to lift the minimum range and other financial measures as "crumbs".

Many "yellow vest" anti-government protesters in France on Tuesday vowed to press on with their demonstrations, a day after wringing out fresh concessions from President Emmanuel Macron that are set to cost the state an estimated 11 billion euros ($12.5 billion).

Macron announced a series of measures on Monday night in an address to the nation, including a hike in the minimum wage and tax relief for pensioners and on overtime work. The 40-year-old centrist, facing the most serious crisis of his presidency, is hoping his sweeteners will appease low-income families in rural and small-town France who have taken to the streets in anger over the last three weeks.

Polls taken immediately after his 13-minute speech, which was watched by 23 million people, showed that support fell sharply for the "yellow vests", but around half of French people want them to continue protesting.

"I'm pleased with what we've achieved. After three weeks we've forced him to cave in," said Arnaud Ansermier, a construction worker at a picket line around a shopping centre in Saint Etienne in central France.

"We've pushed the door open, but it's not enough," he said. 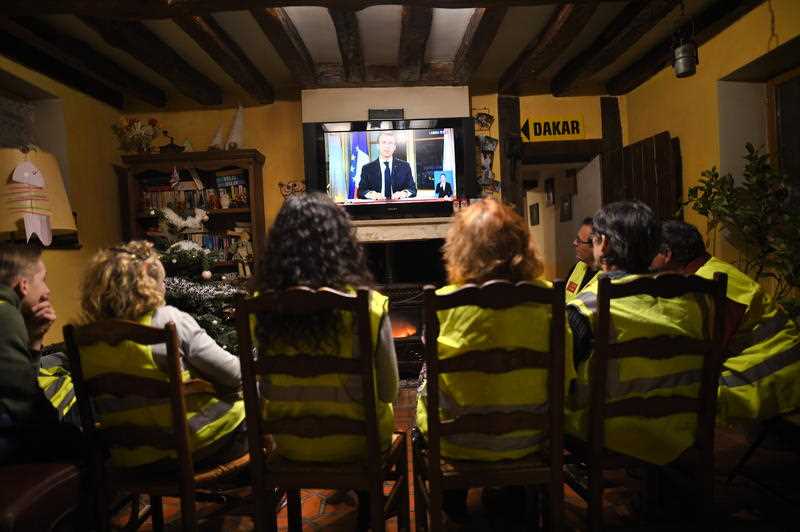 Whether Macron is forced to cede more ground could be determined this weekend when another round of protests have been called on Saturday, with the government seeking to avoid more violence.

The interior ministry said 136,000 people took part nationwide in Saturday's protests, which led to clashes in several cities including Paris, Marseille and Toulouse.

Five people have died since the start of the protests, which began over increases in fuel tax but have since snowballed into a nationwide opposition force to Macron's agenda and governing style.

"The president listened to the anger that is being expressed and he provided responses which were necessary," Prime Minister Edouard Philippe told parliament on Tuesday.

The concessions by Macron were a stark retreat for the former investment banker, who until now had vigorously defended his tax and economic reforms and had pledged not to bend in the face of street protests.

The new measures, including a 100-euro jump in the minimum wage next year, are expected to cost up to 11 billion euros - and are likely to put France on a collision course with the EU.

Under rules that underpin the euro common currency, France is obliged to keep its budget deficit under 3.0 percent of gross domestic product - something it repeatedly failed to do until 2017. "In the first phase, there will be an increase in the budget deficit. We need to be clear. It's obvious, it's a question of priority," Environment Minister Francois de Rugy told Radio Classique on Tuesday.

The prospect of France again breaking EU budget rules - as it did for more than a decade until last year - comes at a time of tension over public spending in Europe.

Italy's populist coalition government comprising the far-right League and the anti-establishment Five Star Movement (M5S) is struggling to get approval for its big-spending budget.

The European Commission in Brussels, which is responsible for policing EU budgets, has rejected Rome's spending plans on the grounds that they will increase Italy's debt mountain and not deliver the growth promised.

An increased deficit "will create a French problem, after the Italian problem, if the rules are the same for everyone," Italian Deputy Prime Minister Luigi Di Maio said on Tuesday. 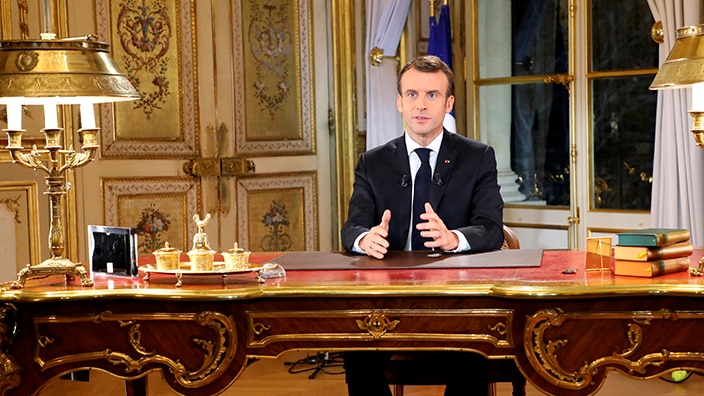 The Commission's economic affairs commissioner Pierre Moscovici told AFP that the executive arm "will closely monitor the impact of the announcements made by President Macron on the French deficit and any financing arrangements".

The "yellow vest" movement which erupted via social media in October has enjoyed broad public support, but surveys published on Tuesday suggested sentiment was changing.

An OpinionWay poll after Macron's speech showed 54 percent wanting the protests to halt, while a second one by Odoxa found 46 percent opposing the movement.

Until now, roughly two in three French people had backed the protests. The fuel tax rise is dead so why are the 'yellow vests' protests escalating in France?

Government spokesman Benjamin Griveaux told BFM television that the minimum wage hike, including a planned inflation adjustment, would put an additional 125 euros in the pockets of millions of the lowest earners.

Macron will also do away with payroll taxes on overtime hours, while scrapping a tax on pensioners earning less than 2,000 euros a month.

But he excluded the return of a "wealth tax" on high earners he abolished last year, a move which led to his unwanted reputation as a "president of the rich"..