The One Nation leader Pauline Hanson is again under fire from politicians and the Islamic community over her latest comments on Islam.

Pauline Hanson’s latest comments on Islam have been howled down by Australian politicians, with officials from both ends of the political spectrum condemning her comments.

In an interview on Friday, Ms Hanson likened Islam to a sickness.

"We have a disease, we vaccinate ourselves against it,” she said.

“Islam is a disease, we need to vaccinate ourselves against that." It comes a day after she called for a ban on Muslims following Wednesday’s terror attack in London.

Hours after the attack first happened, the One Nation leader posted a video urging people to use the hashtag ‘pray4muslimban’, and demanding a halt on Muslim immigration to Australia.

“The object of the Islamist terrorist is to get the broader society to turn on Muslims at large,” he said.

"If you seek to attribute to all Australian Muslims responsibility for the crimes of ISIL then you are doing what ISIL wants."

Defence Industry Minister Christopher Pyne said Senator Hanson’s proposal was doomed to fail with many of those on the terror watch list Australian citizens.

"We're not about to deport Australian citizens who are Muslims because of any kind of xenophobic campaign," he said.

The Federal Opposition accused Ms Hanson of using the tragedy to further her agenda, saying it “said a lot about the nature of her character."

"I think it was extraordinary that Pauline Hanson chose to politicise an issue like this at the time that she did," Labor frontbencher Anthony Albanese told the Nine Network.

Sheikh Dr Imranali Panjwani from the Imam Hasan Centre in the western Sydney suburb of Annangrove, said the One Nation leader’s attack was “hurtful” to the Muslim community.

“I think it’s very exploitative, and I think we as a community just feel that that should not be coming from any human being,” he said.

But he says the media must also take responsibility.

“These sort of reactions which come from the Western media, are usually there sometimes instead of looking at the issue that somebody has been killed, immediately the focus is that Islam is the problem or we are barbarians or terrorists, etc.,” he said.

“We try to move it towards the positive, because if we just keep complaining and complaining, and not showing something for people to see, then their voice gets louder.”

Mr Turnbull said he has previously spoken with the senator about her views on the issue.

But Ms Hanson says she has never discussed anything relating to a ban on Muslims with the Prime Minister. 'Put a ban on it': Pauline Hanson calls for Muslim faith to be banned

Deputy Prime Minister Barnaby Joyce said it’s another example of the One Nation party not thinking before it speaks.

“The more I hear from One Nation, the more I think that other people are probably hearing the same stuff - I mean it’s kind of crazy,” he said.

“Statements like that get the worst insult you can ever have in politics: they are not helpful. Because people just think ‘what are you going on about?’”

According to Dr Panjwani, he’s heard it all before.

“I would say the response has been ‘oh that’s another comment made by a politician against Islam’.”

“But I would also say, please read up on actually what Islam is, do your research, because it is highly unfair to make judgements on a whole collective Muslim community or a world religion that is respected by over 1.5 billion Muslims around the world, which has beautiful heritage, and which, I would add, has contributed to civilisation through mathematics, through science, through literature, and which continues to do so.” 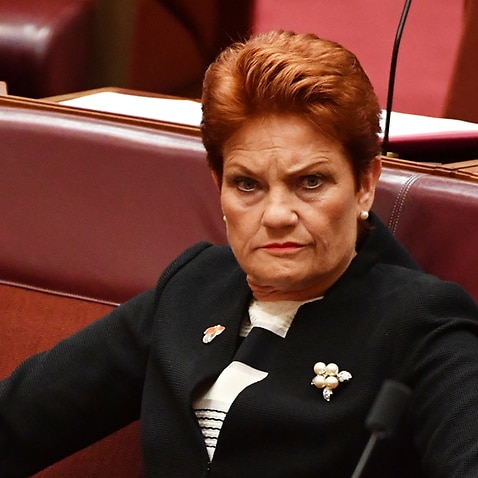