The AFP deputy commissioner confirmed right-wing extremism is on the rise, with younger people being at risk of "aggressive" radicalisation online. 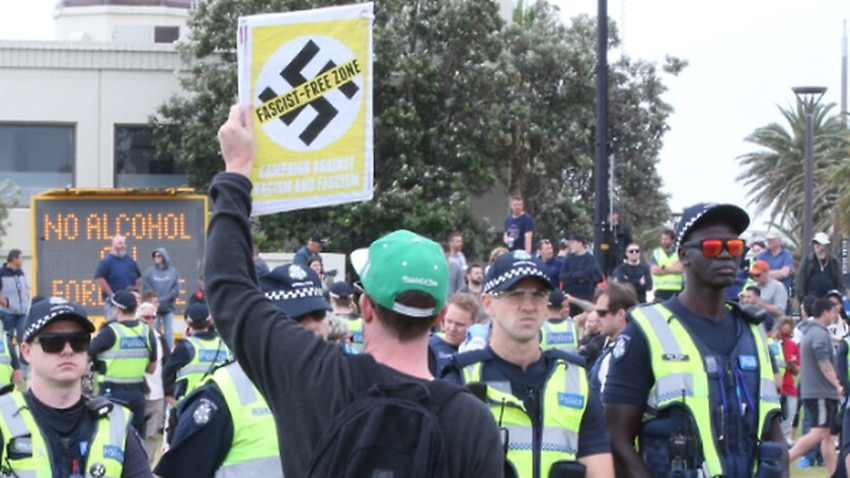 The Australian Federal Police is seeing a rise in young people being aggressively radicalised online amid an increasing threat from right-wing extremism.

Australia’s security agencies have for some time warned of the increasing danger posed by right-wing extremists becoming more organised and active in Australia, through its surveillance activities.

But he did not reveal exact numbers, arguing it could jeopardise active matters.

“We have seen an increase, we see it as a real and ongoing threat … so for us it is an increasing workload,” he said.

"It's here, it's arrived well and truly, and it's something that we're going to peruse relentlessly" The @AusFedPolice Commissioner tells @SBSNews the FBI has helped train Australian investigators counter foreign interference #auspol pic.twitter.com/DqxRQ6JkNz

Mr McCartney said Islamic-inspired terrorism continued to be the biggest threat, with Sydney and Melbourne the centres of that activity.

But he said the threat remains across the country, due to the tendency for right-wing extremism to spread online.

“What we see with right-wing extremism, particularly with the effect and the power of the internet in terms of those sites, it's apparent that it is more spread throughout Australia,” he said.

The domestic spy agency ASIO has reported far-right violent extremism now accounts for up to 40 per cent of its counter-terrorism workload, up from 10 to 15 per cent before 2016.

"Many of these groups and individuals have seized upon COVID-19, believing it reinforces the narrative and conspiracies at the core of the ideologies," he said.

"They see the pandemic as proof of the failure of globalisation, multiculturalism and democracy and confirmation that societal collapse and a race-war are inevitable."

Mr McCartney recognised the AFP’s power to intervene against the threat through a law enforcement approach but said this must also be addressed across the community through public messaging and education.

“The importance of leaders in the community to dispel some of the hatred that’s circulated on the internet,” he said.