The road trip will see young men from six cities visit more than 50 rural towns on the way to a gathering at Uluru.

A group of young Australian Muslims are embarking on a rural expedition across the country to challenge misconceptions about their faith.

More than 60 young men from the Ahmadiyya Muslim Youth Association (AYMA) will travel from six cities this weekend on a seven-day ‘Discover Islam road trip’, culminating in a gathering at Uluru.

The group, made up of several high school and university students, will cover more than 30,000km and stop at more than 50 towns along the way in an effort to promote social cohesion. Mr Hadi, who is an outreach coordinator working with young Muslims, and a medical student at Griffith University, said for him the trip is an opportunity to interact with people from all walks of life and break down social barriers.

“We believe we can improve social harmony within our society and bring Australians closer together because when we know better about each other, we are more tempted to be better human beings and be better Australians,” he said. Ata Ul Hadi, left, will take part in the road trip. He is pictured at a previous event for the ‘Muslims Down Under’ campaign.
Supplied

Mr Hadi believes the best way to counteract negative misconceptions is through dialogue, which he hopes will occur on the trip.

Out of respect for the traditional owners, the group will not climb Uluru, but instead will spend time praying at the site. 'A stunt': Senator Pauline Hanson slammed for plans to climb Uluru ahead of ban

Research published in the Journal of Muslim Minority Affairs suggests about 70 per cent of Australians know “little to nothing” about Muslims or what they stand for.

The road trip aims to educating people in regional areas about the peaceful nature of Islam, and to remove misconceptions about the faith.

Waqas Ahmad, national president of the AYMA told SBS News many misconceptions Muslims encounter in their everyday life surround the misconception that Islam is a violent religion.

“Islam is seen to be a violent religion and the Qu’ran teachings are seen to be teachings which promote violence, which is totally incorrect,” he said. 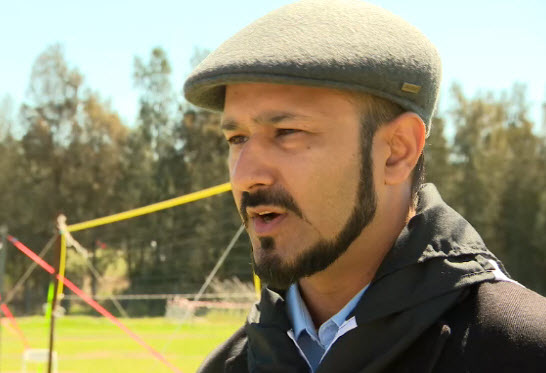 “If we take out just a few hand-picked teachings from the hadith book, let alone the Qu’ran, it doesn’t really paint the whole teaching. Islam is not a violent religion. Islam literally means ‘peace’. And the words that Muslims use with each other means ‘peace be upon you’.”

Islam is not a violent religion. Islam literally means ‘peace’.

The Ahmadiyya Muslim sect, considered unorthodox by many mainstream Muslims, makes up only a small percentage of Australia's overall Muslim community.

It is estimated there are only a few thousand Ahmadiyyas practising in Australia.

The impact of misconceptions about Islam affect the lives of everyday Australian Muslims, one of the road trip participants told SBS News.

Waqar Ahmad Nasir, who works within the AYMA as the head of moral, ethical and spiritual training recounts various times people have discriminated against him either at a social gathering, in the workplace and in public. 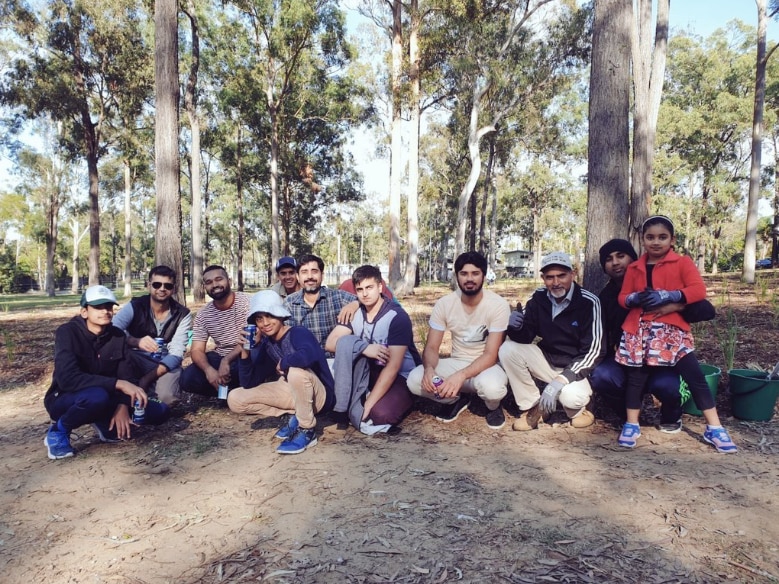 Most recently, he said he was approached by someone on a bus who told him Muslims were creating problems in Australia.

“I politely said to him ... ‘Look, you know, that is your view, you are right. There are people [causing problems] but they are a very, very small amount’.” Mr Hadi said the AYMA is prepared for some negative reaction to the excusrion and social media can be a place where many young Muslims experience discrimination and offensive comments.

He believes social media comments are a short-term problem though, whereas engaging in dialogue and conversation provides a long-term change in values.

“On social media I feel like this is more prevalent where people are more tempted to say things that they might not be comfortable saying in an otherwise social environment,” he said.

“We’re trying to counter negative ideas by providing genuine information, and by having a genuine discussion about what we believe in and what we stand for.”

The change in mindsets for this trip is not limited to educating others about Islam. The men participating in the journey are also looking forward to learning more about the rural Australian way of life, and challenges facing regional towns.

Mr Nasir, believes many young people will learn a lot from the experience, as many members of the Muslim community live in urban areas, and do not necessarily understand country towns.

Once again on #NationalTreeDay, Ahmadiyya Muslim Youth helped plant tens of 1000s of trees🌴 at multiple sites ALL OVER AUSTRALIA.

Coz it is regarded as a continuous act of charity for a bird🐔, or an animal🐨 or a person🚶‍♂️ may benefit from it (Prophet Muhammad - PBUH) pic.twitter.com/l3RBpTbk9o

“To go out even further … out to the country, and to see how people live out there and the challenges they have … that will be a great learning curve for all of the young members of our community including myself,” he said.

One of the five pillars of the Muslim faith includes engaging in acts of charity. The pillar, Zakat, generally includes giving a set proportion of one’s wealth to charity.

The group hope to extend their charitable actions by also helping cleaning up rubbish in the towns they visit. “People believe that our loyalties maybe lie to some middle-eastern country or that they're not faithful to Australia,” Mr Hadi said.

“This is so far removed from the truth and there's nothing of that within Islam. Islam actually teaches that the love of the country you live in is part of your faith.”