Young people in developing countries are facing more and more complex health problems, but they are receiving a tiny fraction of health funding.

The world now has the largest group of adolescents than ever before in human history, but increasingly those aged between 10 and 24 in low-income counties are only getting a fraction of the development funding they need.

Dedicated programs are needed to address the unique health and social problems experienced by young people and their families in developing or disaster struck nations, according to a new paper released by the Harvard University and Melbourne’s Murdoch Children’s Research Institute (MCRI) on Saturday.

The research found adolescent health is "undervalued and under-invested" and only gets 1.6 per cent of foreign aid.

Currently, over 70 per cent of adolescent health funding goes to sexual and reproductive health, most notably HIV/AIDS prevention.
AAP

This is despite young people making up nearly 30 per cent of the population in these countries.

“If you invest in adolescents you also receive a triple dividend,” he said.

More than 70 per cent of the aid dedicated to young people, funds sexual and reproductive health and the prevention of HIV/AIDS.

But, while Professor Patton agrees these are important causes, he said young people have a number of unique health problems that are being ignored.

“We need to be investing in things such as nutrition, which is so important for healthy growth during these years,” he said.

“We need to be investing in mental health. We're spending almost nothing on mental health currently. These are really good investments we should be making, and we're not making."

Young women in developing countries are the most vulnerable group, according to Plan International.
AAP

Spanning over 13 years, their research has found while countries like Australia should be spending $9 per adolescent, per year in low-income countries, they are spending just 40 cents.

While the Australian government spent just more than $4 billion on foreign aid in the last fiscal year, advocates in the sector believe this is simply not enough.

Australia’s aid budget has been dramatically slashed over the past five years. According to The Lowy Institute, the cuts have left Australia at an all-time low when it comes to aid generosity.

Plan International, an aid organisation involved in advancing children’s rights and equality for girls, is one of many adolescent charities calling for the government to do more.

The Turnbull government has dedicated the least in foreign aid in the last five years.
AAP

She said investing in adolescents, in particular young women, is vitally important for the future development of many of these nations.

“There are almost half a billion adolescent girls in the developing world, and they're facing all sorts of issues, the odds are really stacked against them,” Ms Cull said.

She said that if young women were able to participate in the economy at a level comparable to men, global GDP would grow by 26 per cent - or nearly $400 trillion - by 2025.

Australia has given $4.2 billion in foreign aid in the last fiscal year.
DFAT/AAP

But making adolescent health a priority in an already stretched budget is a difficult task, according to the director of the Development Policy Centre at the Australian National University, Professor Stephen Howes.

He told SBS News “there is not a lot of appetite for an increased aid budget. It’s going to take a long time, and certainly more than one report to turn that around".

Professor Howes said spending money on adolescent health programs is just one of hundreds of important and underfunded areas in developing nations.

“The challenge for any aid program is that there are so many good causes that you could spend your money on,” he said.

“Of course adolescent health is a good cause, but so it palliative care, which gets no money at all. And if you try to do everything, you end up with a fragmented program, and you end up achieving nothing.” 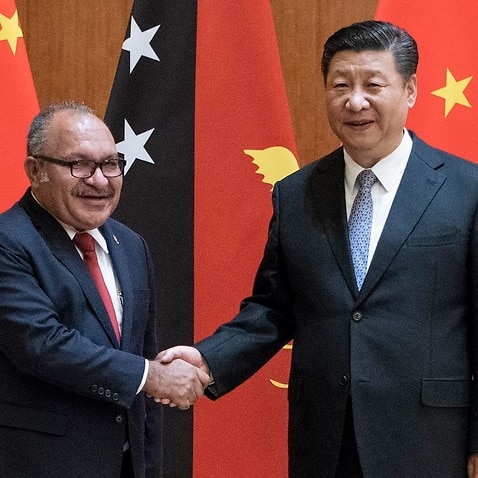 He said working with local governments is absolutely imperative to achieving good outcomes in any area of foreign aid.

“Decades of experience in aid have shown that if donors go it alone, without government support, then the results are not normally sustainable.”