Australia's paranoia with playing its football almost exclusively on the deck may come at a heavy cost in the long run simply because many young emerging players are neglecting the art of heading the ball. 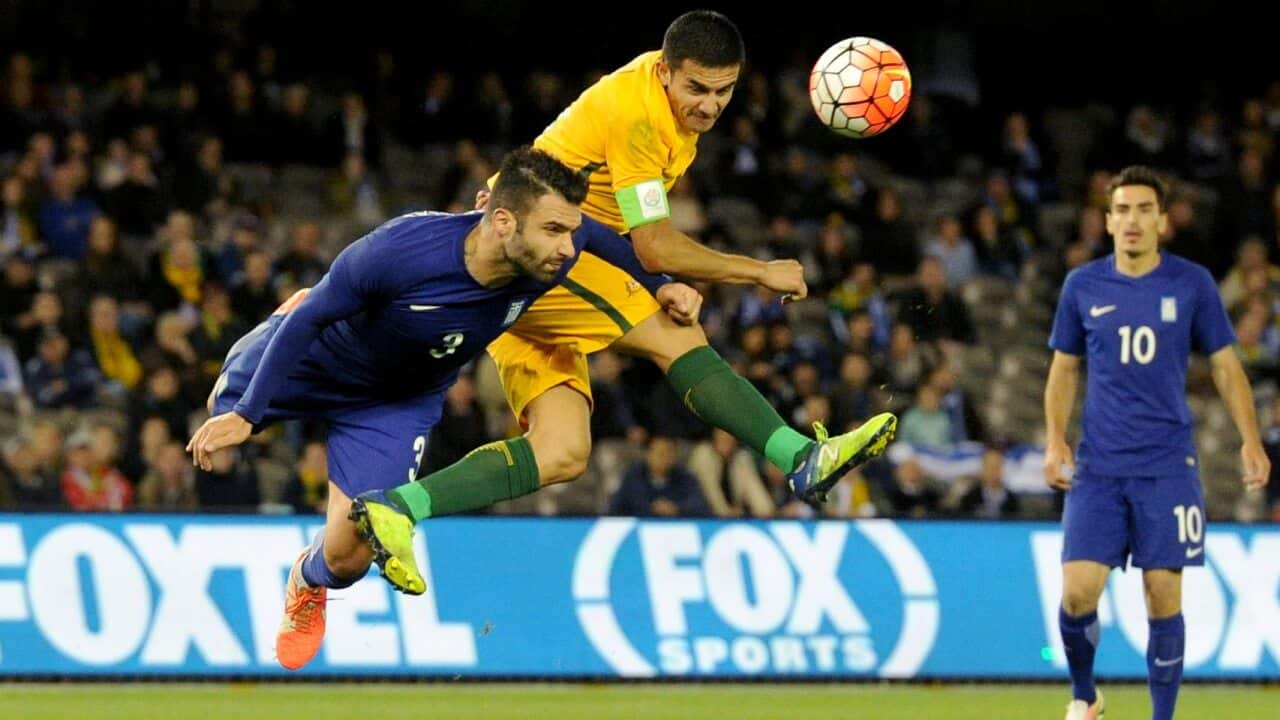 It is all well and good for the Socceroos, the Olyroos, the Joeys and the A-League teams to do the right thing and play the game the modern and most effective way - which is on the ground.

That's great but it needs to be pointed out that there is a risk of our football becoming too one-dimensional in the not-too-distant future.

Advertisement
One of the main requirements of any coach, player or team with an ambition to be successful is the ability to adapt to match situations and different kinds of opponents and there is absolutely no sense in being obsessed with one style of play.

Australian football is blessed with a number of skilful senior players that make the national squad a strong and very competitive proposition.

There is no evidence to suggest that there is a problem as far as the Socceroos are concerned and the Joeys' success at the regional under-16 titles in Cambodia was encouraging.

However concerns are being raised at the lower levels of our game that the flow-on effect of Australia's love affair with playing on the deck is becoming something of a fatal attraction.

This is because many young players across Australia seem to be afraid to head the ball in practice let alone during games for the simple reason that they are not too confident about it.

They will try to play out from the back, pass the ball on the deck and put everything into their game but give them a heading situation and they will shirk the responsibility.

Former Australian Institute of Sport and Perth Glory coach Ron Smith, who is one of the brightest thinkers in our game, believes that there are risky consequences associated with our obsession with keeping the ball on the ground.

"Some young players are victims of the process," Smith says.

"What we are telling the kids now is we'd rather lose the ball in our penalty area and concede a goal than pass the ball up the field. Our coaches at lower levels have been told to instruct their players to play out under any circumstance.

"Players need to be taught how to play out from the back as well as when and when not to do it.

"So the kids are doing just that and there lies the danger because they are neglecting other important skills like heading he ball.

"The thing is whenever you go completely overboard in one direction and overdo it there will always be side effects that you don't want."

Football teams cannot afford to be one-dimensional, particularly in this day an age when competition at club and national level is so tight.

Smith reckons that Australian football is headed down that path.

He believes the maligned long ball, for example, can be an effective tactic in the right circumstances and its occasional use should not be discouraged.

"The long ball is a long pass and there is nothing wrong with it but if we do not encourage players to use long passes we will not develop the skill," he says.

"Look at Franco Baresi, who used to hit 40m passes from defence, look at David Beckham who made so many goals for Ruud Van Nistelrooy with fantastic long balls.

"Yet in Australia all we try to do now is play the ball short and we become highly predictable."

Edwards has seen evidence of young forwards and defenders almost dreading the moment they have to head the ball.

"One day we were practising set plays early in the season and we got some lads to deliver high balls into the box," Edwards said.

"And to my absolute amazement and horror you could see that all the players were cringing and praying that the ball was overhit so they would not have to attack it and clear it.

"The same applied to the forwards, who in most cases were not really that aggressive and looked uninterested in going for the high ball, which at under-16 level is quite something.

"Heading, let's not forget, is one of the most used techniques in the game."

These are disturbing developments in our developing game and the powers-that-be should take note of them because all the progress we have made in the last years could be compromised if we concentrate too much on one aspect of our game at the expense of other equally important skills.