Free-scoring Tomi Juric is on course to become the latest Australian to grace the Bundesliga. 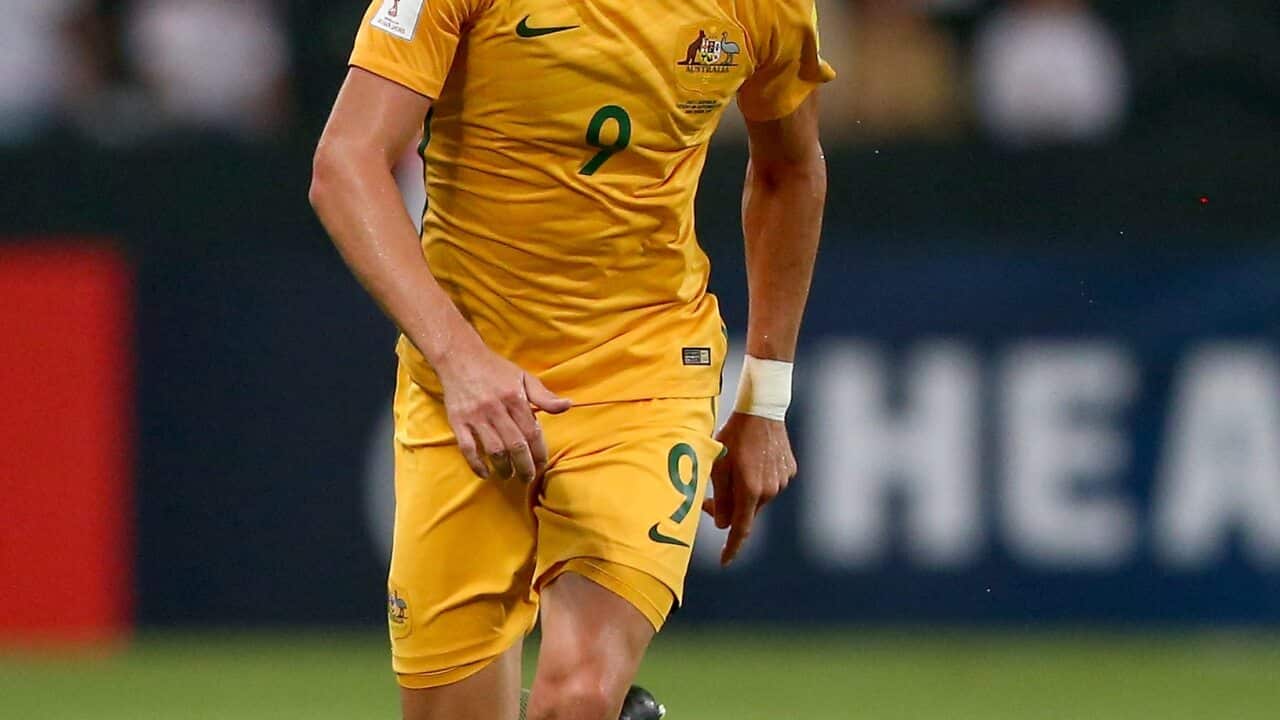 A late-season goal burst for FC Luzern has heightened existing interest from a number of clubs - Eintracht Frankfurt and Wolfsburg amongst them - with the Australia striker due in camp in Adelaide on Monday in career-best form.

However the 25 year old - who finished the Swiss Super League campaign with four goals from his last five games and 11 from 33 in all competitions - is delaying any thoughts on his club future until after the FIFA Confederations Cup.

With valid ambitions to play in one of Europe's big five leagues, Juric is in line to join fellow Socceroos Mathew Leckie and Mitch Langerak in Germany's top flight during the northern summer transfer window.

Advertisement
It's understood that at least two Bundesliga clubs have contacted Luzern directly, with Juric flourishing under the tutelage of Markus Babbel, the former Liverpool defender.

A concrete offer has yet to be tabled but it seems to be a case of when, not if.

Juric has a year still to run on his two-season Luzern deal and could have left for a big-money move to English Championship play-off finalists Reading in January.

He opted to instead remain in Switzerland, explaining that since he had just returned from a knee injury the timing was not right.

But the Bundesliga presents a different proposition for Juric, who has shown with his recent goal flurry that he can dismantle defenses both in the air and on the ground.

In last weekend's 2-2 draw with FC Vaduz, he conjured the full-breadth of his range with a strike of stunning quality as he fended off a defender with his back to goal, before turning and accelerating away to fire home with power and panache.

His winner against Lugano on the final day of the season came with a trademark header as Luzern finished fifth, missing out on a UEFA Europa League spot.

With Tim Cahill now a bench weapon in the autumn of his career, Juric has started six of the Socceroos' last seven 2018 FIFA World Cup qualifiers, scoring twice.

He has long hankered for the consistency currently flowing through his game, with a knee injury last year throwing up a roadblock.

But he has the afterburners at full tilt now and looks certain to lead Australia's attack in Thursday's crucial qualifier against Saudi Arabia at the Adelaide Oval.

His main rival at the pointy end of a 3-2-4-1 formation is joint A-League Golden Boot Jamie Maclaren, who has already bagged a German deal of his own by joining 2.Bundesliga side SV Darmstadt.

Australia badly need Juric to continue his hot streak, having failed to score in open play since October and needing three points against the Saudis to remain in the hunt for an automatic qualifying spot for Russia 2018.