Chelsea duel could be first in series of blockbusters, says Sage

Chelsea’s blockbuster showpiece against Perth at $1.6 billion Optus Stadium tonight could be the beginning of a flood of top teams heading to Western Australia, according to Glory chief Tony Sage. 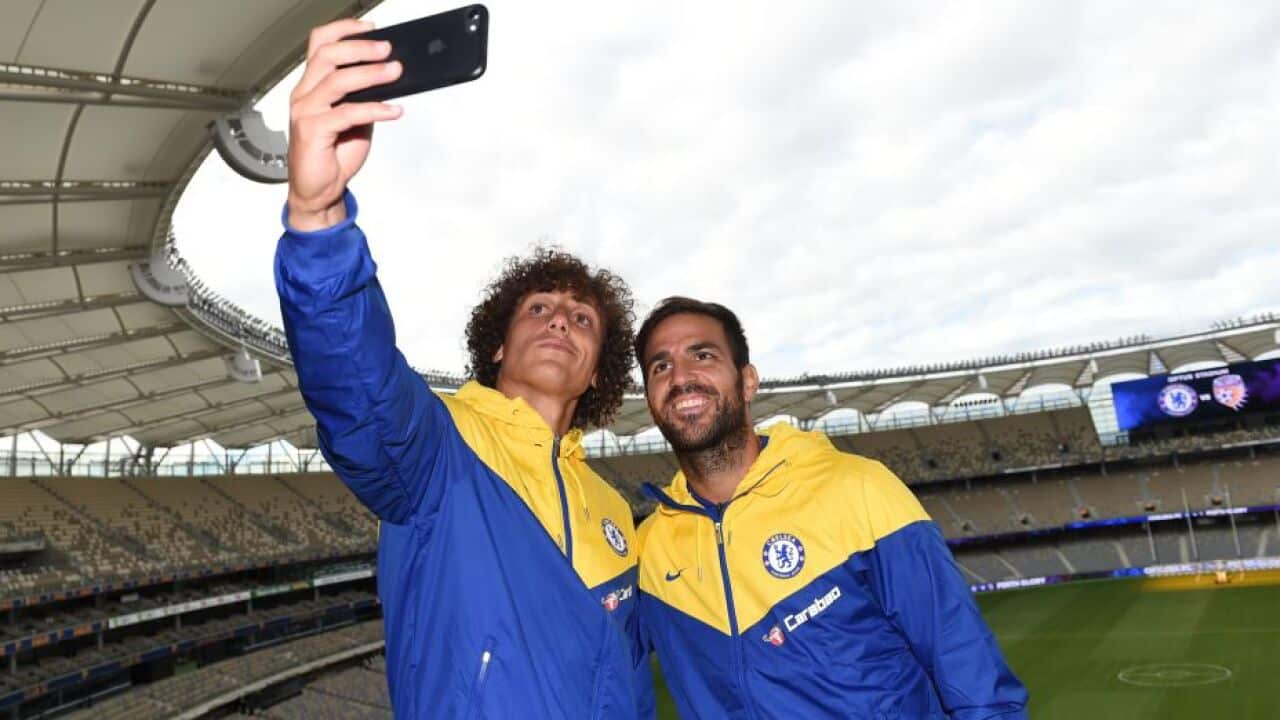 WATCH Perth Glory v Chelsea LIVE, FREE and in HD on SBS, streamed online and via The World Game app from 9pm (AEST) on Monday night

With the game likely to attract a near 60,000 capacity as both coaches - Glory’s Tony Popovic and Chelsea’s Maurizio Sarri take charge of their clubs for the first time - Sage revealed negotiations are already under way with five world powers to bring one of them to WA next winter.

The talks are being spearheaded by the West Australian state government and stadium operator VenuesLive, in conjunction with renowned international match agent Lou Sticca.

Advertisement
“We have the best stadium in Australia here now and I’m told discussions are under way with five clubs about 2019 already - I don’t know who they are - but those talks are happening now,” Sage said.

“We’d love this as part of our pre-season every year for the next five or six years.”

Sage, who believes the nation’s newest state-of-the-art arena has a gravitational field that gives the city an edge, added: “As chairman of Perth Glory we’ve got everything out of the match we wanted".

“Three times I’ve seen Perth Glory v Chelsea promoted in the UK, we’ve got the respect of that state government and at least 10,000 interstate and overseas visitors are here.

“It’s fantastic publicity, promotion and respect. You’d have to ask Tony Popovic what he wants out of it in terms of playing but from a corporate point of view it’s been excellent already.

“Yesterday the biggest AFL team in WA, the West Coast Eagles, only had 47,000.

“It looks like we’ll comfortably surpass that, which goes to show the strength of football in this state. And that’s where we get our big win from.

“We couldn’t do this previously because the only oval we had, Subiaco, only fits 44,000 and it is a really old stadium.

“When teams like Liverpool and Manchester United came out, they looked at it and said no.

“Now we have the top stadium by far, and that makes a huge difference.”

Such is the drawcard of Chelsea that even in torrential rain, 6,000 kids turned out with their parents to watch them train, a number Sage thought would have been 15,000 without the downpours.

While Sage is more driven by off-field metrics tonight, he believes the Popovic factor would prove significant for the club this season.

“I am focused on winning the title,” Sage said.

“I’ve opened the purse strings and Tony Popovic has managed to scrape together a very good side.

“As you can see by the signings he’s concentrating on defence.

“The last three years we’ve been among the top three goalscorers but we conceded a few.

“I think that’s going to stop. He’s brought a new philosophy and there will be a new formation.

“I’ll concentrate on the corporate, while he concentrates on the football.

“We’ve had pre-season hype before and didn’t live up to it.

“Until the games are played anything can happen.”