Adelaide United and Western Sydney Wanderers will meet in an A-League grand final blockbuster rematch in round two on Friday 14 October, live and free on SBS, after the draw for the 2016-2017 season was announced by Football Federation Australia on Thursday. 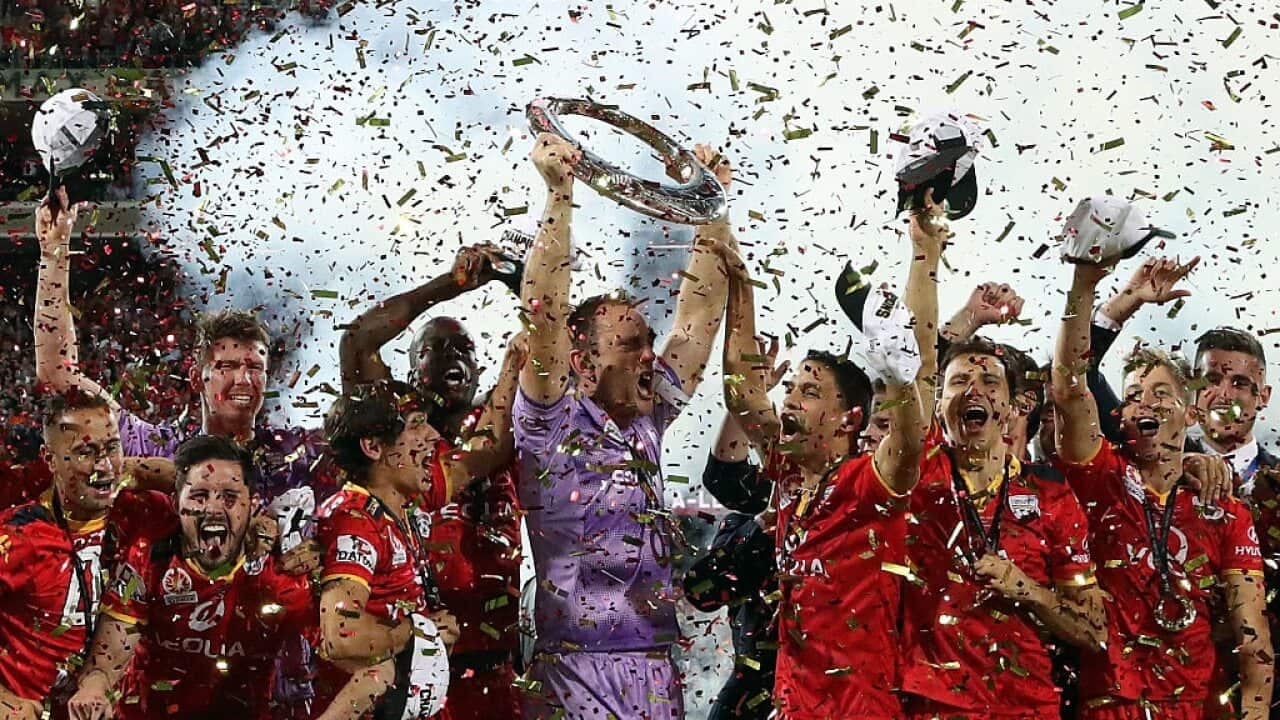 Adelaide and the Wanderers met for three tightly-contested draws prior to last season's decider, and their rivalry is set to continue at Coopers Stadium, with Tony Popovic's men eager to avenge their grand final defeat.

Advertisement
The match is one of of many headline fixtures set to kick start the season with a bang.

Meanwhile, Western Sydney Wanderers and Sydney FC will be looking to break an A-League regular season crowd record with their clash on Saturday 8 October set to be played at the 83,500 capacity ANZ Stadium.

READ MORE
THE WARM-UP: Wanderers move could make derby at ANZ a reality

Melbourne fans will only have to wait a week later for their derby to be reignited with Victory and Melbourne City going head to head on 15 October.

Rounds three, four and five feature last season's finalists all in action on SBS on Friday night with City to host Perth Glory and the reigning champions, before John van't Schip's men travel to meet the Roar.

With the impeding loss of star midfielder Aaron Mooy, these fixtures, in addition to a tricky round one away trip to a rejuvenated Wellington Phoenix outfit, will certainly test City.

Victory will also be tested early in the season after they have been pitted against three of the top four sides from last season, with two of those clashes on the road.

Central Coast Mariners are another side with a challenging run to start the season with four of their first five games away from home.

Adelaide's hopes of becoming only the second side to claim back-to-back championships have been dealt a blow with a difficult final three fixtures against Perth Glory, City and the Wanderers.

FFA chief executive David Gallop said he was delighted with the A-League draw, which also accommodates the challenges associated for clubs participating in the AFC Champions League.

"All in all, I'm delighted we have a draw that will be welcomed by the clubs, players and fans," Gallop said.

"The season starts with a bang in October and we will once again see the great unscripted drama unfold with another crescendo as we build towards the finals series.

"There's also a split round to accommodate the challenges of the AFC Champions League to give our clubs the best chance possible in the group stage.

"The Summer of Football concept with 10 matches in 11 days over the Christmas / New Year period is always very popular and we are expecting bumper crowds during this period."

Gallop said that subject to successful "offline" trails, the live use of Video Assistant Referees will be implemented for the 2016-2017 finals series.

Other headline A-League fixtures include