Giro d'Italia runner-up Jai Hindley has revealed Team DSM's plans to take a dual leadership approach to the Paris-Nice General Classification race. You can watch Hindley in the Paris-Nice 2021 on SBS HD and SBS On Demand, with live coverage and catch-up highlights available for the 'Race to the Sun'. 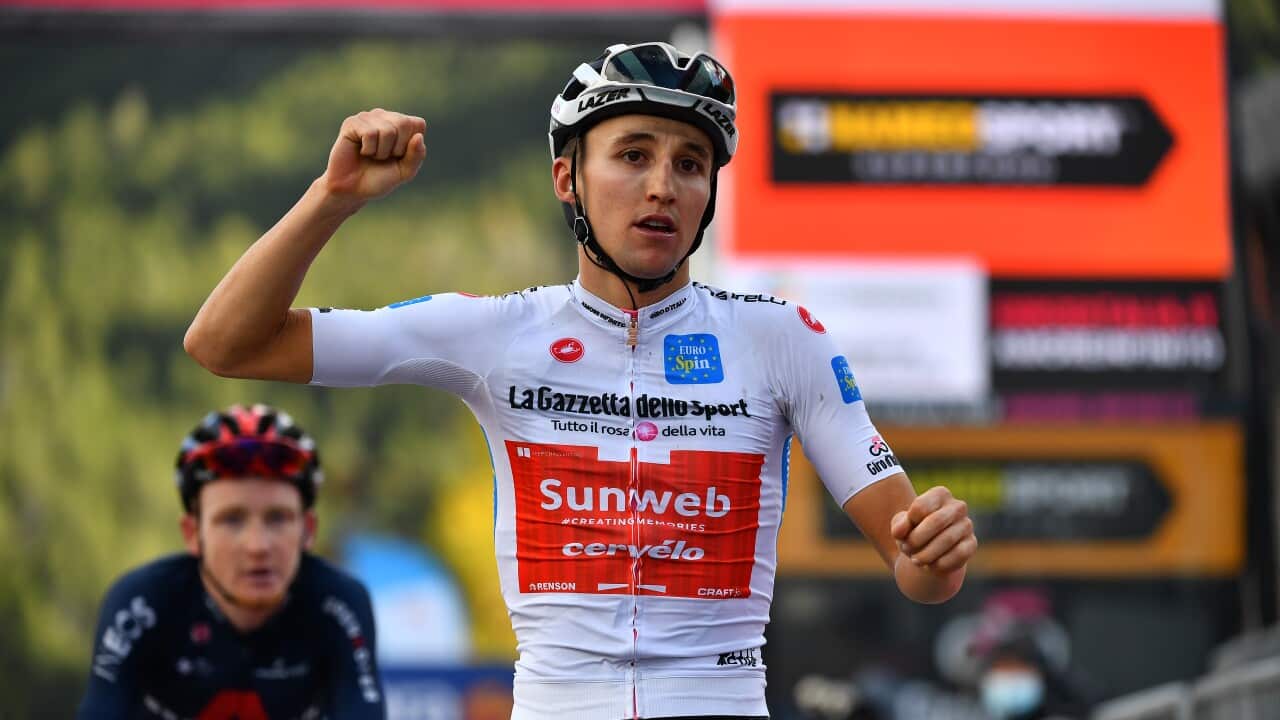 The 24-year-old joins a strong contingent of Aussies in this year's edition of the race, with former teammate Michael Matthews (Team BikeExchange), and INEOS Grenadiers pair Rohan Dennis and Richie Porte.

And while Hindley acknowledged his podium finish at the Giro last year behind winner Tao Geoghegan Hart will bring added pressure in 'The Race to the Sun', he isn't letting it distract him from his own goals of continuing to compete with the best in the sport.

"For sure there'll be added pressure for the race, and on myself as well," Hindley told SBS commentator Matt Keenan. "Obviously you go to every race trying to do your best, and I'll continue to do that."

Advertisement
"Paris-Nice is a super prestigious race, there's a lot of big guys going there in red hot form to win it each year.

"I've been training pretty hard in Tenerife, so I'm interested to see where my forms at and get some racing under the belt. My own personal expectation is trying to prove I can be up there with the big guys."

Rebranded from Team Sunweb to Team DSM in 2021, Hindley spoke to the strength of his teammates who will line up for Stage One, particularly 2020 runner-up Tiesj Benoot who will be looking to go one better this year as the talented pair look to work together to claim the yellow jersey.

"The whole team in general is super strong," Hindley said, "Tiesj is there who was second overall last year which was a pretty huge ride."

"He's going there with pretty high ambitions, and so am I. We'll work off two leaders for the GC and try to take each day as it comes.

"We also have Cees Bol there for the sprints and Soren [Kragh Andersen] who's coming off two stage wins at the Tour [de France] last year, so it's a class group of guys and a pretty well rounded team.

"But with the GC, we'll go there with a two pronged attack and see how it goes. I mean, it's Paris-Nice. It's a pretty unpredictable race, so you just have to expect the unexpected."

Unable to spend the recent offseason in his native Perth due to travel restrictions, Hindley revealed a less hectic winter in Europe made for quite different preparations to his usual summer schedule down under.

"It was pretty nice actually," Hindley said. "There's a few guys that stayed over in Girona where I was and it was really cool just hanging out."

"It's been different on the training front, but I think in the big picture it'll probably be better not going full gas in November and December getting ready for Nationals and [Tour] Down Under, so I'm interested to see how that plays.

"I love training full gas when I'm back home in Perth with all the local guys but at the end of the day it's probably not the best thing for you if you want to be good later in the year."

Following the race, Hindley will look ahead to the Volta a Catalunya, kicking off in late March and also broadcast on SBS.

"I'll have a week until Catalunya and then it's still to be announced after that."

LIVE to Eastern States (delayed to other time zones on SBS HD), LIVE streaming to all SBS On Demand