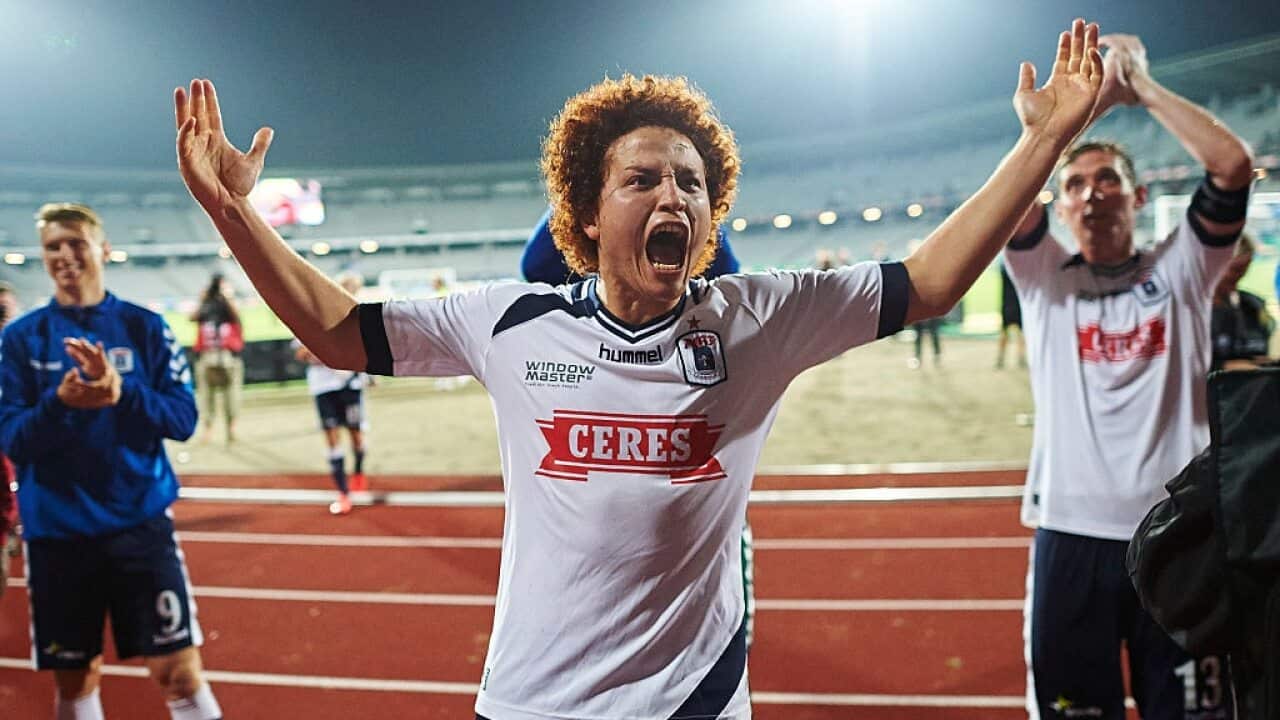 Mustafa Amini, centre, has been in impressive form for AGF Source: FrontzoneSport

Trailing 2-1 at half-time, AGF scored five second-half goals with the Socceroos hopefuls in the thick of the action.

Lazio loanee, Ikonomidis, who scored his first goal for the club in last week's DBU Pokalen win, played the full 90 minutes, while Amini was replaced just after the hour mark.

Amini, who recently told The World Game he is happy to form an 'Aussie combination' with Ikonomidis in Denmark, was involved in the lead up to AGF's first goal to level the scores at 1-1.

But former Adelaide United attacker, Mabil, who played the entire match and produced a fine performance in a losing side, provided an assist only minutes later to put Esbjerg back in the lead.

Unfortunately for Esberg that was as close as they would come as another Australian, former Adelaide forward Brent McGrath, would look on from the bench as an unused substitute.

The win, just AGF fourth of the campaign, moves them up to 10th on the Superliga table after 15 rounds, while Esbjerg remain in last place - having just won one game all season.