Australia attacker Robbie Kruse said his dark days are over as he eyes first first Socceroos game in more than a year - and he is hellbent on making up for lost time caused by injury. 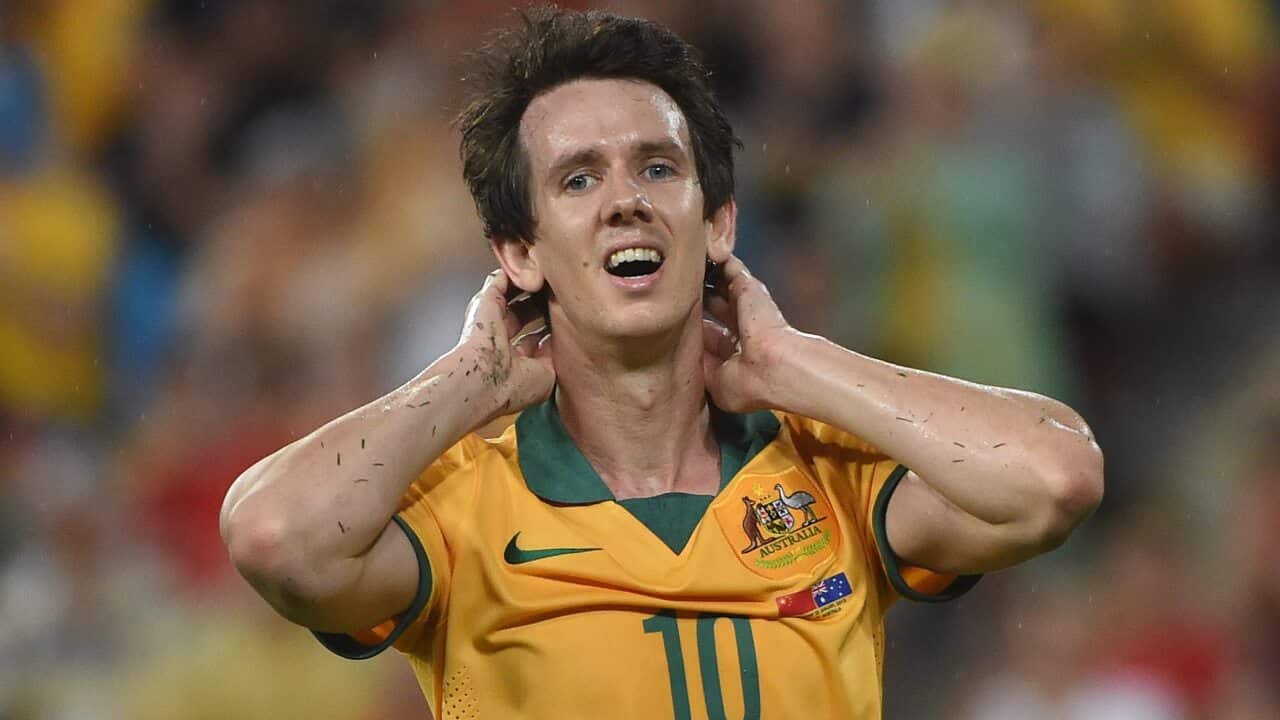 "I have developed a lot as a person with everything I have gone through. I am mentally a lot stronger than what I used to be," Kruse said in Adelaide on Wednesday.

Advertisement
The forward was a key player in Australia's qualification campaign for the 2014 FIFA World Cup - but missed the showcase tournament after a knee reconstruction.

Kruse recovered and was an attacking linchpin in the Socceroos' Asian Cup triumph last year - but tore ligaments in his left ankle in the final, resulting in another six months on the sidelines.

Germany-based Kruse then hurt a toe when on loan to Stuttgart from his Bundesliga club Bayer Leverkusen - another 10 weeks out.

But the gifted forward has since returned to Leverkusen and banked consistent minutes, leading to his return to national ranks for Australia's World Cup qualifiers against Tajikistan in Adelaide on Thursday night and against Jordan in Sydney on Tuesday night.

"My main objective is to go to a World Cup. It has been a dream of mine since I was a little kid.

"A lot of the boys here got to do that and I missed out after qualifying and doing all the hard work, so it's a big goal of mine and hopefully I can get the job done in the next two games."

Kruse said he no longer had nagging doubts about injury, with his fitness testing producing better results than before he injured his knee.

"I have a much better understanding of my body now, with what I have been through," he said.

"My statistics at Leverkusen are the best they have ever been in my career. I'm at peak condition, I am fit and very fast, and eager to come back and play the style (coach) Ange (Postecogolou) likes to play."