Brisbane Roar midfielder Matt McKay was drafted into Australia's squad for this month's 2018 FIFA World Cup qualifiers against Tajikistan and Jordan after Terry Antonis was ruled out of the squad with a back injury. 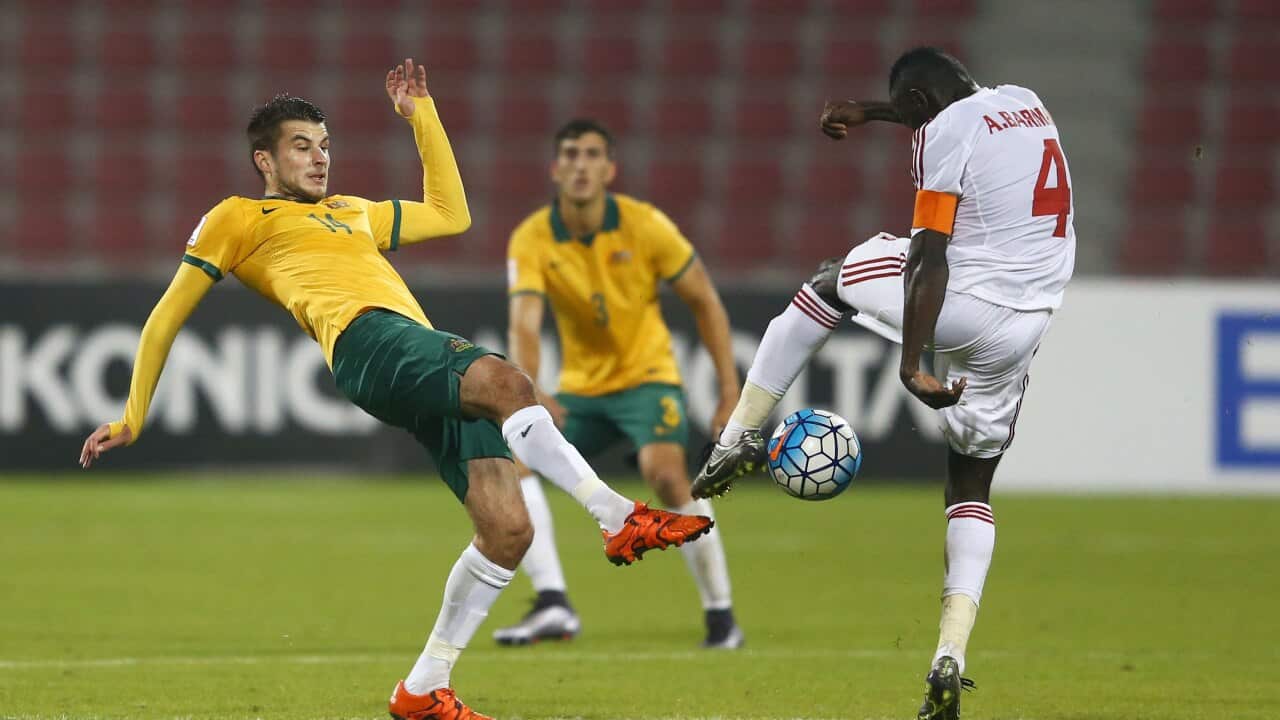 Antonis has made just three appearances for the Socceroos since his debut in 2002 Source: Getty Images

Antonis suffered the problem in PAOK's last training session of the week and did not play in the weekend's 3-0 win over Kalloni in the Greek Super League.

Advertisement
Socceroos coach Ange Postecoglou ruling out 22 year-old Antonis on the advice of medical staff and calling up 58-cap McKay to fill the void.

The Roar captain will fly to Adelaide Monday afternoon ahead of Thursday night’s clash with Tajikistan at Adelaide Oval - with next week's encounter in Sydney against Jordan at Allianz Stadium on 29 March.

"Terry Antonis picked up a minor back injury in training that kept him out of his club game on the weekend so it’s best he stays in Greece to get the injury right,” Postecoglou said.

"It’s a shame for Terry as he has been playing well but the door opens for Matt McKay and he will come in and perform to the same high level we are accustomed from Matt.

“We have two important World Cup Qualifiers in Adelaide on Thursday and Sydney next Tuesday and we don’t lose anything by having Matt come into the team for Terry.”

The Socceroos are assembling in Adelaide for the Tajikistan match with 13 members already in camp ahead of Monday afternoon's first training run at Adelaide Oval.

One of those players, Ryan McGowan, is seeing this as an opportunity to finally lock down a permanent spot in the Socceroos defence.

With Matthew Spiranovic unavailable due to a calf injury and Melbourne City veteran Alex Wilkinson called in as cover, there is an opening that McGowan is hoping to claim.

"All I can do is train the next couple of days and hopefully force my way into the starting 11, and if not, make sure I'm ready if I'm coming off the bench or for whatever role I need to play," McGowan said.

The Socceroos (15 points) lead Jordan (13) and Kyrgyzstan (11) in Group B and need to finish top of the standings to be certain of advancing to the third round of AFC qualifying for Russia 2018 - with the best four second place group finishers also through.