Melbourne Victory keeper Danny Vukovic has emerged as Sydney FC’s latest transfer target as they broaden their search beyond Mark Schwarzer for a second shot-stopper. 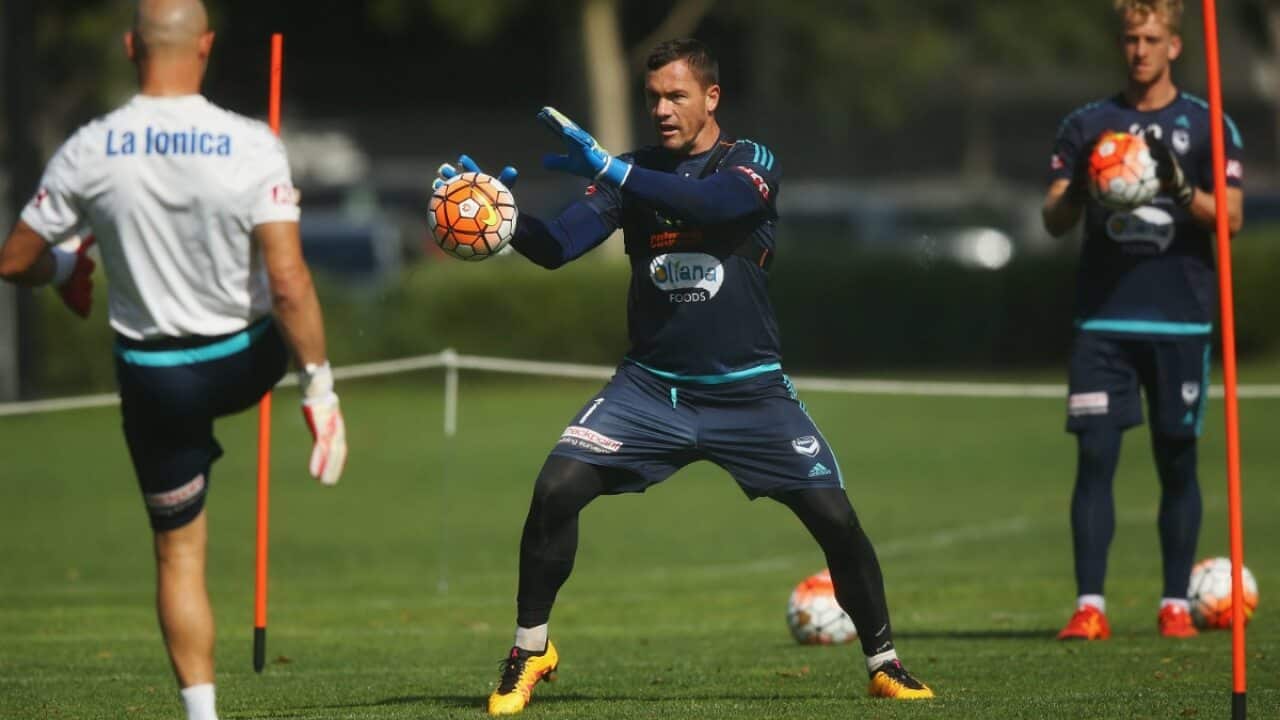 Vukovic, who has one year left on his two-season contract with the Navy Blues, is keen to return to his hometown and work under one-time mentor Graham Arnold.

Advertisement
Finding a new keeper has become a matter of urgency for Arnold, the search for a challenger to incumbent Vedran Janjetovic became a higher priority after the exit to Central Coast of Ian Necevski.

Vukovic spent a season with Wellington Phoenix and three years with Perth Glory, including a loan spell at Vegalta Sendai under Arnold, before heading to Victory a year ago.

In March Vukovic became the first A-League player to reach the 250 appearance milestone.

But Vukovic, who has made 30 appearances in all competitions for Kevin Muscat’s side, fell out of favour towards the back end of the season, amid suggestions his focus was understandably blurred with his son Harley fighting a serious liver condition.

A strong finish to the season by Lawrence Thomas has put the pressure on the veteran goal keeper and given Vukovic added pause for thought as he contemplates the prospect of returning to his hometown of Sydney.

It’s believed that Muscat is reluctant to release the 31 year old without a fight.

But were he to gain a release, the Sky Blues would drop out of the hunt for Schwarzer, 43, who is a free agent after being released by Premier League champions Leicester City at the end of the season.

Meanwhile, another former Glory keeper, Jack Duncan, has been granted a release by Danish Super Liga outfit Randers – also the home of fellow Aussie Mustafa Amini – after a single season in which he made just one start and that in a domestic cup competition.

While the 23 year old has received an offer to return to Perth, it’s understood he is close to agreeing to terms with Newcastle Jets, and he could be unveiled imminently as the club prepares for the departure of their No.1, Mark Birighitti, to a European club.