The 10 best A-League signings for season 12

There has been a flurry of recent player movement between A-League clubs, highlighted by the swap involving Mitch Austin and Connor Pain, but the switch of Kosta Barbarouses from Melbourne Victory to Wellington Phoenix remains the pick of the signings to date. 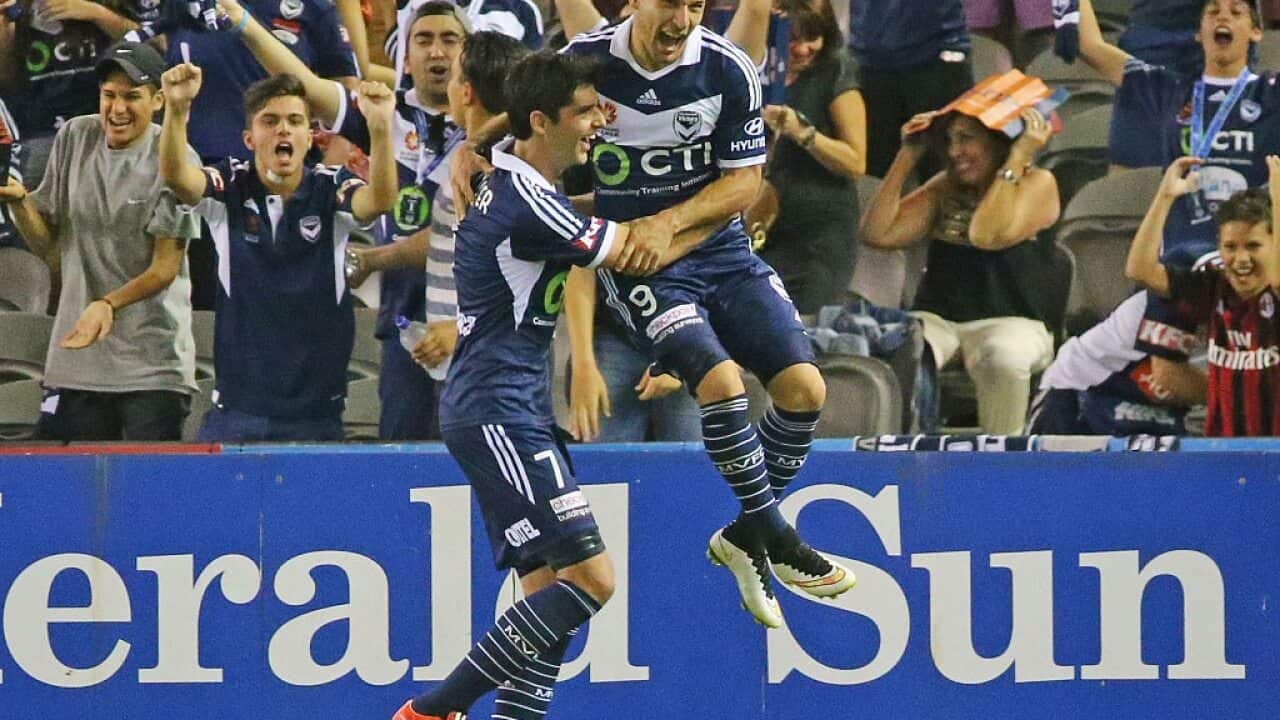 The World Game looked at all of the moves and came up with a top 10 so far and even though the Barbarouses signing was confirmed before the end of last season there still hasn’t been anything since to top it.

We’re talking strictly about players switching directly between A-League clubs from last season to next season, so while Luke Brattan is obviously a terrific signing for Melbourne City he doesn’t fit the criteria, having left Brisbane Roar before the start of last season.

Brattan went to Manchester City, also controlled by Melbourne City’s owners, the City Football Group, and was immediately loaned to Championship club Bolton Wanderers, where he did not play a game.

Advertisement
There wasn’t quite enough room for moves such as Jacques Faty from Sydney FC to Central Coast Mariners, Manny Muscat (Wellington Phoenix to Melbourne City) and Devante Clut (Brisbane Roar to Newcastle Jets), but you can’t fit them all in.

The most difficult opponent for left-backs in the competition, right-winger Barbarouses runs the ball with enormous confidence in his ability to beat his opponent one-on-one. Can set up teammates in the centre of the penalty box or take it inside for a shot himself.

Victory obviously hated to lose Barbarouses, but Phoenix had to do something dramatic to become a force again and made him an offer too good to refuse. The move has had a knock-on effect, with Victory signing Mitch Austin and Mariners picking up Connor Pain from Victory.

Wilkinson will have turned 32 by the time next season begins and the experience he will bring to the centre of Sydney’s defence is huge.

He knows how to conserve his energy and he makes good decisions about when to compete for the ball and when to hang off. He’s still in the mix for the Socceroos and Sydney coach Graham Arnold obviously has great respect for him going back to when he coached him at Mariners.

The other half of the one-two signing combination Wellington came up with at the expense of Victory.

Finkler has vision and is unselfish, but he can also score himself – often in situations where it doesn’t look like a goal is on. Plus, he’s a dead-ball specialist with a series of terrific goals from free kicks to his credit. He’ll fit in well to the style of play favoured by Phoenix coach Ernie Merrick.

The first of the young players on the list, this 21-year-old winger is an excitement machine. Plenty of improvement in him yet, but that’s a big part of the attraction. Farewelled Adelaide by scoring the first goal in their grand final win over Western Sydney Wanderers. Bursting with confidence.

Some may regard this rating as a bit high, but we haven’t seen the best of central defender Donachie yet and a coach who played as a defender, in Kevin Muscat, could well be the man to bring it out of him. Has the size and strength to be imposing.
READ MORE
Melbourne Victory snap up Donachie

Strangely fell out of favour towards the end of his time at Sydney and it was no surprise a club like Mariners picked him up. They need more calm in key positions in their line-up and Tavares brings that. His presence should mean they do a better job of holding possession.

It’s a matter of opinion who got the better of the deal that saw Victory snare Austin from Central Coast and Mariners get Pain in return. Pain has proven himself a dangerous winger, but got little game-time last season. He’s only 22 and should quickly become a major player for his new club.

Austin is a big and fast and one of the more physical players in the competition. He looked good in a struggling Mariners team and now he faces the challenge of becoming an impact player from the wing at a glamour club. The potential is there. It’s going to be interesting to see how he goes.

.@Bengaruccio: “I’m here to work as hard as I can every game and give it all for the Club.” #AUFC #ForeverUnitedhttps://t.co/RI8c2qNACc — Adelaide United FC (@AdelaideUnited) June 17, 2016

Adelaide would love this to work out as well as their mid-season signing from City – Stefan Mauk – did. The Reds could use Garuccio as a left-back or left-winger, such is his versatility. Was a regular for the Australia under-20s and only recently turned 21. Plenty of potential.

Sydney is Zullo’s third A-League club in three seasons, but he is only 27 and a former Socceroo and Dutch Eredivisie player. Sydney coach Graham Arnold loves good wingers and fullbacks who can get forward. Zullo can find a home somewhere along the left-hand side at the Sky Blues.