Brisbane Roar will not face a fine or a suspended points penalty from FFA after a flare was set off in their supporters' area at Pirtek Stadium during last Sunday's semi-final against Western Sydney Wanderers, but the alleged offender faces a five-year ban from attending games. 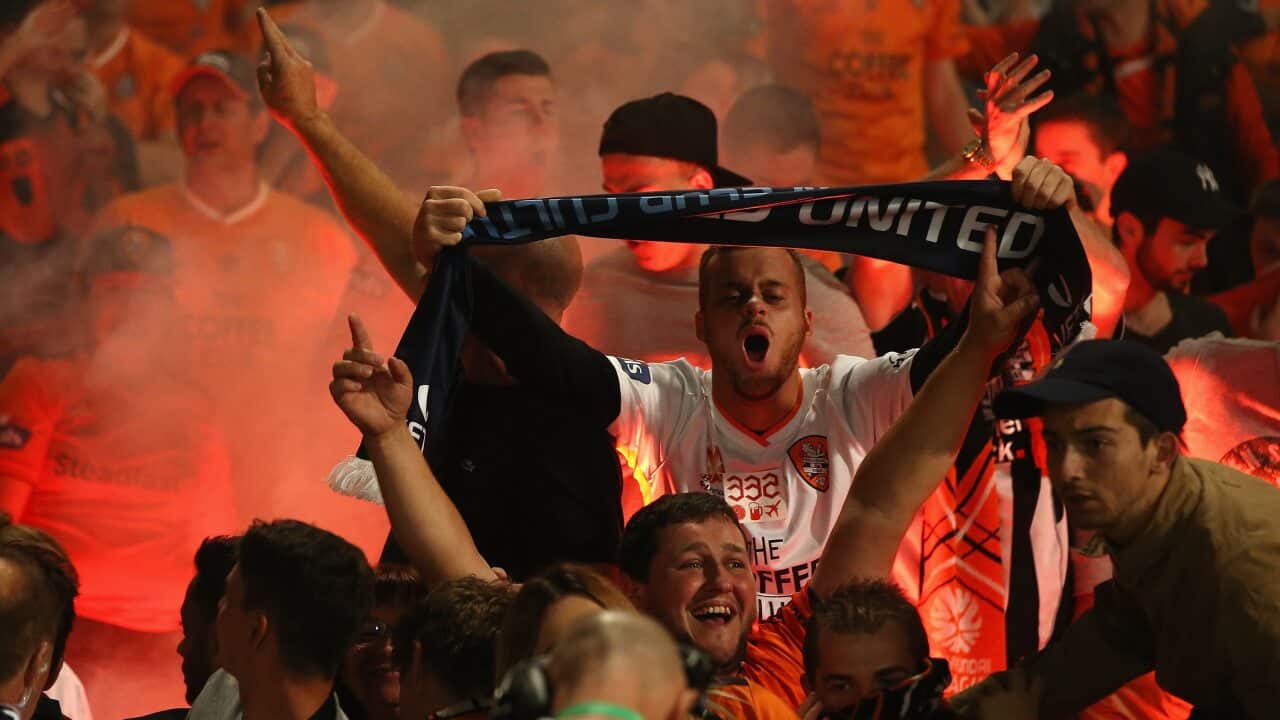 The flare lit up the corner area in which Roar fans were gathered, but it was soon extinguished by security personnel, who reacted quickly.

Advertisement
Wanderers and Melbourne Victory were each fined $50,000 and issued suspended three-point penalties earlier this season after separate flare-related incidents that were admittedly much more dramatic.

False 9 asked FFA if it would be taking any action against Brisbane or at least issuing a warning. A spokesperson replied:

"In relation to the flare ignited at the Semi Final at Pirtek Stadium, police and security identified and apprehended the alleged offender.

"He will be dealt with by the law in NSW. Once that process is complete, FFA will impose a mandatory five-year ban on the individual.

"FFA is not contemplating any sanction against the club over this incident."

No retreat, baby, no surrender

Much like fans of the mighty Bruce Springsteen are always likely to launch into the call at some stage of his three-and-a-half-hour concerts.

Bruce (Djite, that is) is big on he and his teammates sticking together and fighting to achieve their dreams, which is something "The Boss" has always encouraged. So it's time for Bruce (Springsteen, that is) to rev up the Reds fans.

"We learned more from a three-minute record than we ever learned in school . . . "

Ain't that the truth.

Romeo Castelen scored three goals and hit the post with one of his other shots as Western Sydney Wanderers launched the comeback of all comebacks to win their semi-final against Brisbane Roar.

READ MORE
Castelen finds his scoring boots when it matters

Wanderers captain Nikolai Topor-Stanley has been defending against the A-League's trickiest attackers for a decade now and said he wouldn't want to have to deal with Castelen.

"We've seen all season what he's got in the locker," Topor-Stanley said. "It's just a matter of hitting the target and putting the ball in the net, that's why he's had the career he's had and played in the top leagues.

"He's still got that individual brilliance and I certainly wouldn't want to be marking him one-on-one."

Wanderers midfielder Mitch Nichols orders ahead for two schooners after their win over Brisbane. No?

Two-time A-League championship-winning goalkeeper Clint Bolton can never be accused of sitting on the fence.

Pretty damn good to Adelaide United striker Bruce Djite when he scored his team's first goal of their semi-final against Melbourne City with a wickedly curling shot from outside the box  and then calmly slotted his second from the penalty spot.

The coaching staff had shown him laptop video of City goalkeeper Thomas Sorensen facing penalties for Stoke City in the English Premier League and it was clear the great Dane liked to pick a side and move early in an attempt to get a stop.

"I just waited until he moved and I hit it the other way," Djite said. "I didn’t have to hit it too hard."

These things are always a matter of opinion, but False 9 reckons when you put each of those signings up against each other the Sky Blues have made the best one.

The great scenes we are going to witness at a packed Adelaide Oval on Sunday.

Sure, it's not a dedicated football ground, but the occasion demanded the use of the biggest available facility in Adelaide and on the day the atmosphere will be electric.

The rest is up to the players and based on the recent form of both teams, the game should be a fantastic advertisement for the A-League.