Jamie Vardy is savouring an 'unimaginable' Premier League title win made all the more special by playing with his Leicester City 'brothers'. 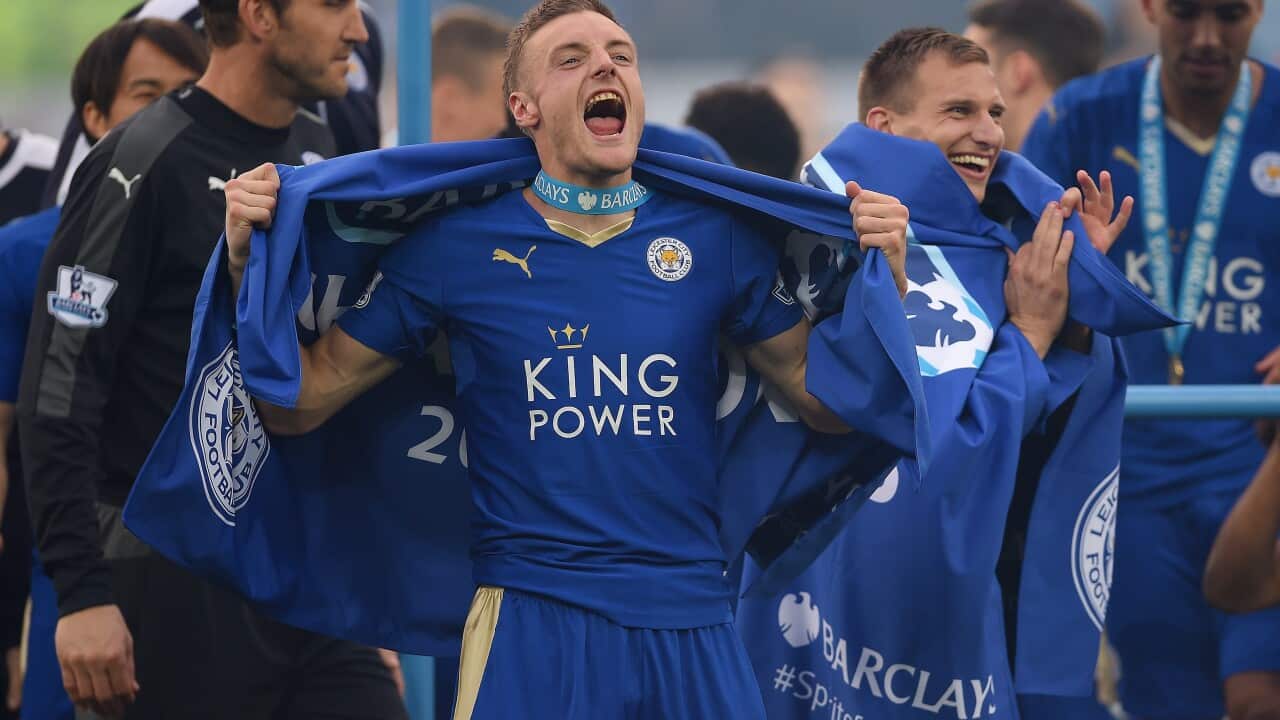 Nine months on from starting the season as 5,000-1 shots for the title, captain Wes Morgan and manager Claudio Ranieri lifted the trophy to a backdrop of fireworks and cheers at a packed King Power Stadium.

Advertisement
Not only is this the first top-flight league title in City's 132-year history but one of the greatest achievements in sporting history, with former non-league player turned England international Vardy at the heart of things.

The 29-year-old top scorer took his goal tally to 24, netting a brace in the 3-1 defeat of Everton as Leicester celebrated their coronation in style.

"It is unbelievable," Vardy said. "I don't think words can describe it, to be honest with you.

"You can just see with the celebrations with all the fans and the players, it is unimaginable, frightening."

Leicester have shown impressive attitude this campaign and an aptitude that belied their performances that last season saw them spend most of the campaign towards the bottom.

Vardy puts the spectacular turnaround down to the family spirit within the club.

"It's unbelievable - you've seen the team spirit that we've got," he told Foxes Player.

"It is a scandal how we all are together. We literally are like brothers.

"When training and matches are finished, we'll all go out and have food together, we're always in touch with each other.

"That just shows how much as a unit we all are as a team and it shows in our performances week in, week out."

That spirit is embraced by Ranieri even if it sometimes spills over, with Christian Fuchs bursting into the post-match press conference and spraying champagne over the manager as Kasper Schmeichel put the Premier League trophy on his table.

Meanwhile, Christian Fuchs has questioned why any of Leicester's stars would want to quit the new champions.

Professional Footballers' Association player of the year Riyad Mahrez, N'Golo Kante and Kasper Schmeichel have all been linked with moves after outstanding seasons.

When asked on Saturday whether he would stay, Mahrez briefly replied 'yeah' before quickly leaving to join the celebrations.

Left-back Fuchs feels the key players must stay, and believes they will.

"I think all the lads know what this team is all about. So why not stay? I believe that.

"Bringing in other players is not in my hands but it's going to be a tough challenge and I think everybody should simply look forward to it. I played in (the Champions League) for three years (with former club Schalke) and I'm happy to be back."

Fellow defender Danny Simpson agreed, adding: "I want everyone to stay because it is a special group. Hopefully they stay and we can kick on because we are going places.

"I've played in a lot of teams now and that is not easy to get. Hopefully everyone wants to keep going and grow as a group and as a club. I think if we can stay together we are going places.

"We all have a bit of banter (about transfer speculation) but at the end of the day we have had a job to do and been concentrating on the games. Whatever the lads decide to do is up to them. We just hope we can keep this group together because for me it has so much potential to do even more things than what we have."

Ritchie de Laet, who had been on loan at Middlesbrough since February, rushed down from the north-east after helping Boro earn promotion from the Championship just hours before Leicester lifted the title.

"The lads saw me at half-time and said congratulations on the achievement for Middlesbrough but for them it is party time now," he said.