DOWNLOAD 33.27
SUBSCRIBE
Representatives of the NSW Gurudwara Working Group during their meeting with the state's Department of Education. Source: Supplied by Ravinderjit Singh

Sikh students in New South Wales schools to be allowed to carry a ‘kirpan’ (an article of the Sikh faith) on their person under a set of conditions mutually agreed upon by the government, the Australian Sikh Association (ASA) and other Sikh representative bodies.

New guidelines around the carrying of the kirpan ( a dagger) by baptised Sikh students in New South Wales' public schools have been announced by the state government after protracted consultation with Sikh community organisations.

In May, students were temporarily banned from carrying the kirpan in the state's public schools after a baptised Sikh student of Sydney’s Glenwood High School allegedly stabbed a schoolmate. The Department of Education (DoE) of New South Wales has now responded with new safety guidelines to lift the ban.

The Australian Sikh community had then urged the New South Wales government to withdraw the ban to protect their religious freedom and rights.

In June, as a part of the review process, DoE had sought feedback from the community to finalise a proposal to address this issue.

On 6 August, the DoE released a media statement on its proposed policy around carrying kirpans in the state’s public schools. 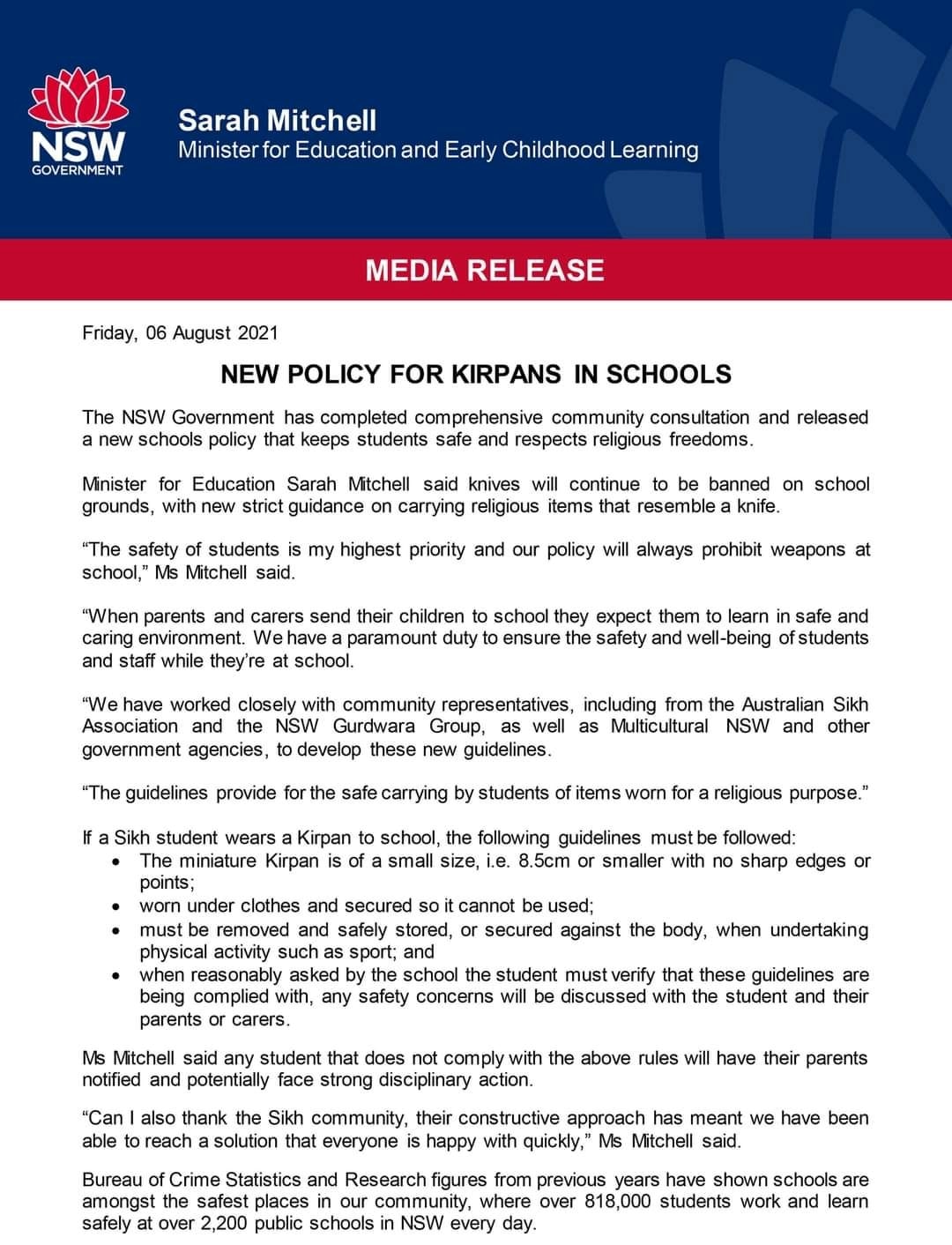 Speaking with SBS Punjabi, Ravinderjit Singh, Chairperson of Australian Sikh Association, said, “After a comprehensive consultation process between the Department of Education (DoE), community members and the NSW Gurdwara Working Group, the DoE has released a new policy on Kirpans. These parameters only apply to the NSW school students and not to the staff, parents or any other workforce.”

“The initial ban was not only imposed on students carrying the kirpan but also on the staff and parents. We raised an objection and under the new policy, the other workforce and staff have been exempted,” added Mr Singh.

The details of the policy will be passed on to all schools and will come into effect from the start of Term 4, i. e, 4 October

Talking about the changes, Mr Singh said that the new guidelines must be adhered to by baptised Sikh students.

“The limit on the length of the kirpan’s blade is 8.5cm, and the combined blade-to-handle length must be 16.5cm or less,” he elaborated.

Mr Singh also added that the kirpan must be secured, always worn under clothing and kept out of sight.

“While indulging in sports or undertaking any other physical activity, the kirpan must be removed and stored, or secured safely against the body which means wrapping it in a strapping fabric and secured with a band or belt so that it cannot slip or cause any kind of injury to anyone,” Mr Singh explained.

“The last condition is to notify school authorities about a baptised Sikh student wearing kirpan,” he added.

We also raised the matter of bullying of Sikh students

“Bullying in schools leads to such incidents. During our meetings, we strongly asked the government to educate others about Sikhs in schools so that a solution can be found for the problem of bullying faced by Sikh pupils because of their appearance and cultural background,” Mr Singh added.

He added that ASA has submitted the new guidelines to Sri Akal Takht Sahib (the supreme body governing Sikh religious and political affairs) for their record and concurrence in writing.

Expressing his gratitude towards every person and entity which participated in the consultation process, Mr Singh said, “We take this opportunity to thank the Sikh community, various departments and all those who have been instrumental in providing their commitment and contribution to arrive at a workable solution for the removal of this ban”.

SBS Punjabi has contacted Akal Takht through an email. Their reply is awaited. 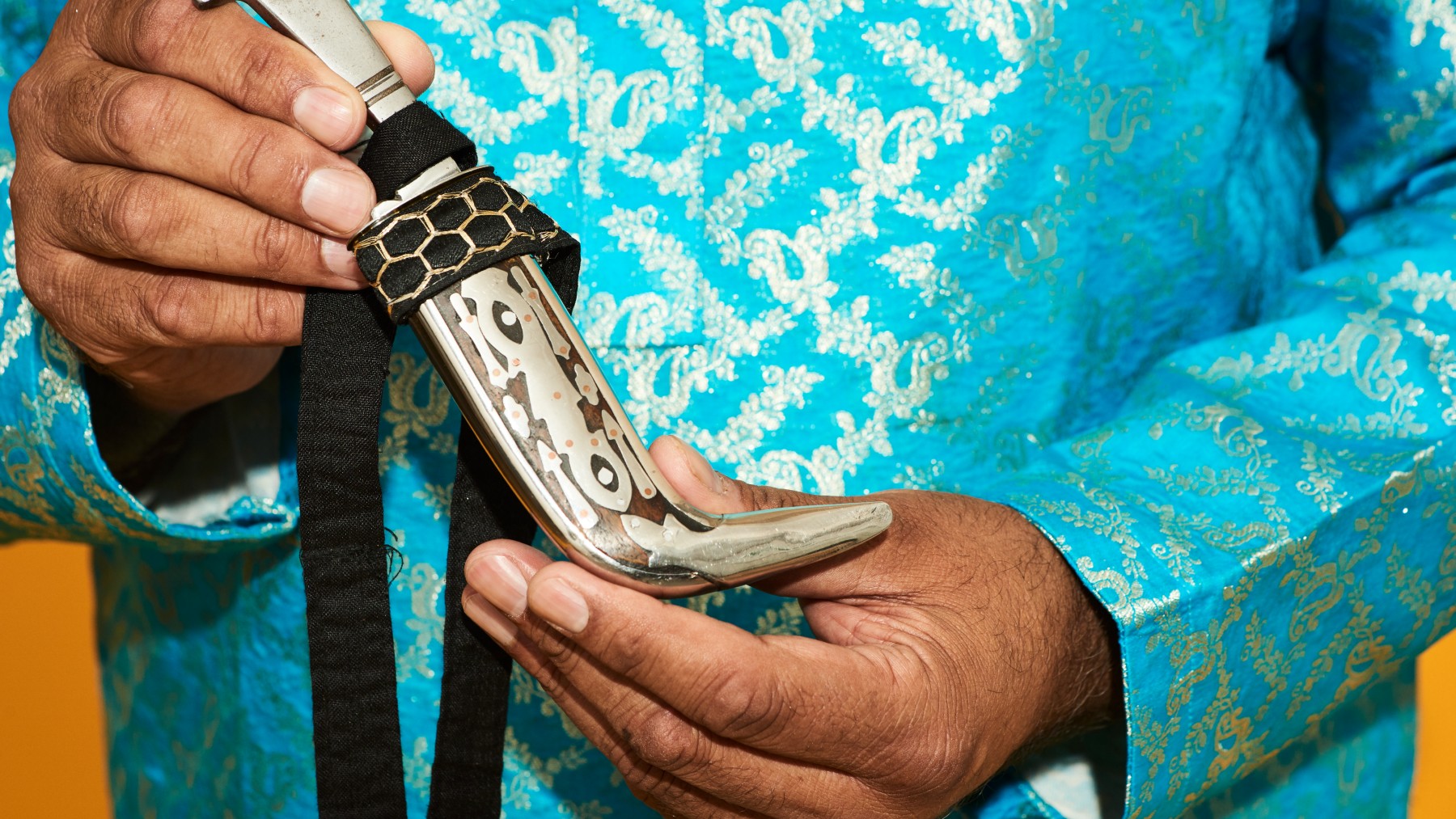 Sikh Kirpan is one of the five articles of faith sacred to the practice of the Sikh religion.
Getty Images/Jason Hetherington

Samir Banga, a solicitor who has been a part of the consultations cautioned the community to wait and watch before jumping to any conclusion.

"It is just a press release and not the whole legislation or a guideline," he said.

“We should wait because while seeking feedback from the community, the New South Wales Department of Education had proposed changes which involved the kirpan to be sheathed and fixed at all times, restricting its movement, which meant that baptised Sikh students cannot get it out, cannot perform sewa  (daily ritual of cleaning the kirpan). But in this media release, nothing to that effect has been mentioned, which has kept things very unclear,” he added. 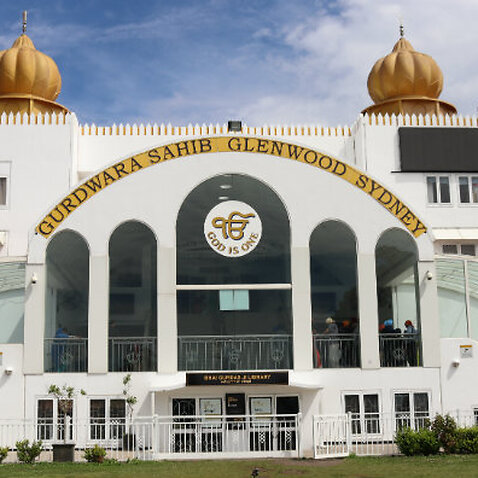 Another Sikh community organisation, United Sikhs, has sent their feedback to the New South Wales government on the new guidelines condemning the conditions on size and bluntness amongst others.

“We welcome efforts to lift the temporary ban on the kirpan in public schools of New South Wales and are mindful of the need to balance the rights of Sikh students to practise their faith and the safety of all students and staff. However, we do not accept some of the aspects of the proposed changes,” Gurvinder Singh, Director of United Sikhs Australia, told SBS Punjabi.

Mr Singh also highlighted the body’s disagreement with the policy.

"United Sikhs feel let down by decisions made and policies outlined by the New South Wales Government," he said.

In the past, Australian schools have accommodated religious symbols as a part of their multicultural education environment. In Victoria and Western Australia, baptised Sikh students are still allowed to carry a kirpan on their person to school.

The Weapons Act of Queensland allows Sikhs to carry the kirpan at public places under their clothing but this exemption is not applied to schools.

In Tasmania and South Australia, it is lawful to carry kirpans in public places by baptised Sikhs, but there is uncertainty whether this rule applies to school premises or not. Carrying the kirpan in school is assessed on a case-by-case basis.

Sikhism is the fifth-largest religion in Australia. Baptised Sikhs are required to carry a kirpan on their person at all times.

Concerned parents should contact the respective school for regulations.

Click on the player at the top of the page to listen to these interviews in Punjabi. 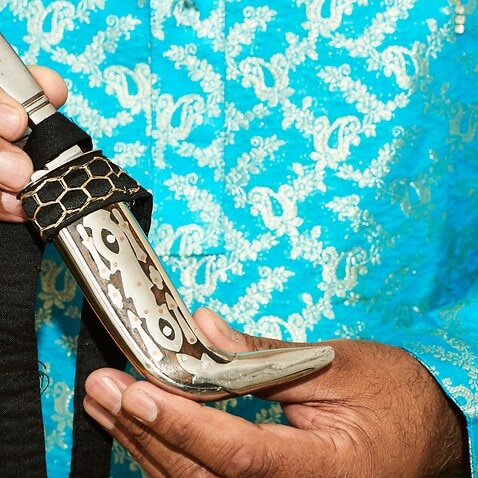