Three boys from Melbourne’s Punjabi community contributed to the unbeaten run and victory that the Under-13 North East Red Devils hockey has had at the Junior State Championship this year. Coach Daniel Brennan praised their game and hopes to see them make a future in hockey.

Jashandeep Singh Deol, Paramdeep Singh and Naunihal Singh of Melbourne were part of the Under-13 Red Devils team which won the state hockey championship this year. The team remained unbeaten throughout the tournament.

The Junior State Championship is Victoria’s premier hockey event for the aspiring young players of the game.

“We hit and train and have fun on the ground,” the Year 5 student told SBS Punjabi.

Jashandeep, who plays centre-forward in the team, told SBS Punjabi that his love for hockey started when he was in Year 3.

“One day, I want to play for Australia”, said the 11-year-old who now studies in Year 6. He plays for Melbourne’s Greensborough Hockey Club, just like Paramdeep. Naunihal, who also plays centre-forward for the Red Devils, scored two goals during the recently-concluded championship.

“It feels great after scoring a goal. I started playing hockey watching my elder sister play the game”, said Naunihal who plays for the Craigieburn Falcons Hockey Club in Melbourne.

While Daniel Brennan, the coach of the Red Devils, told SBS Punjabi that the gold medal is a testament to the hard work and dedication of the whole team, he also praised the contribution made by the team’s Punjabi members.

“Paramdeep was a key defensive player and his sense of calm when under pressure, combined with his strong passing skills made him a formidable opponent”, he said. 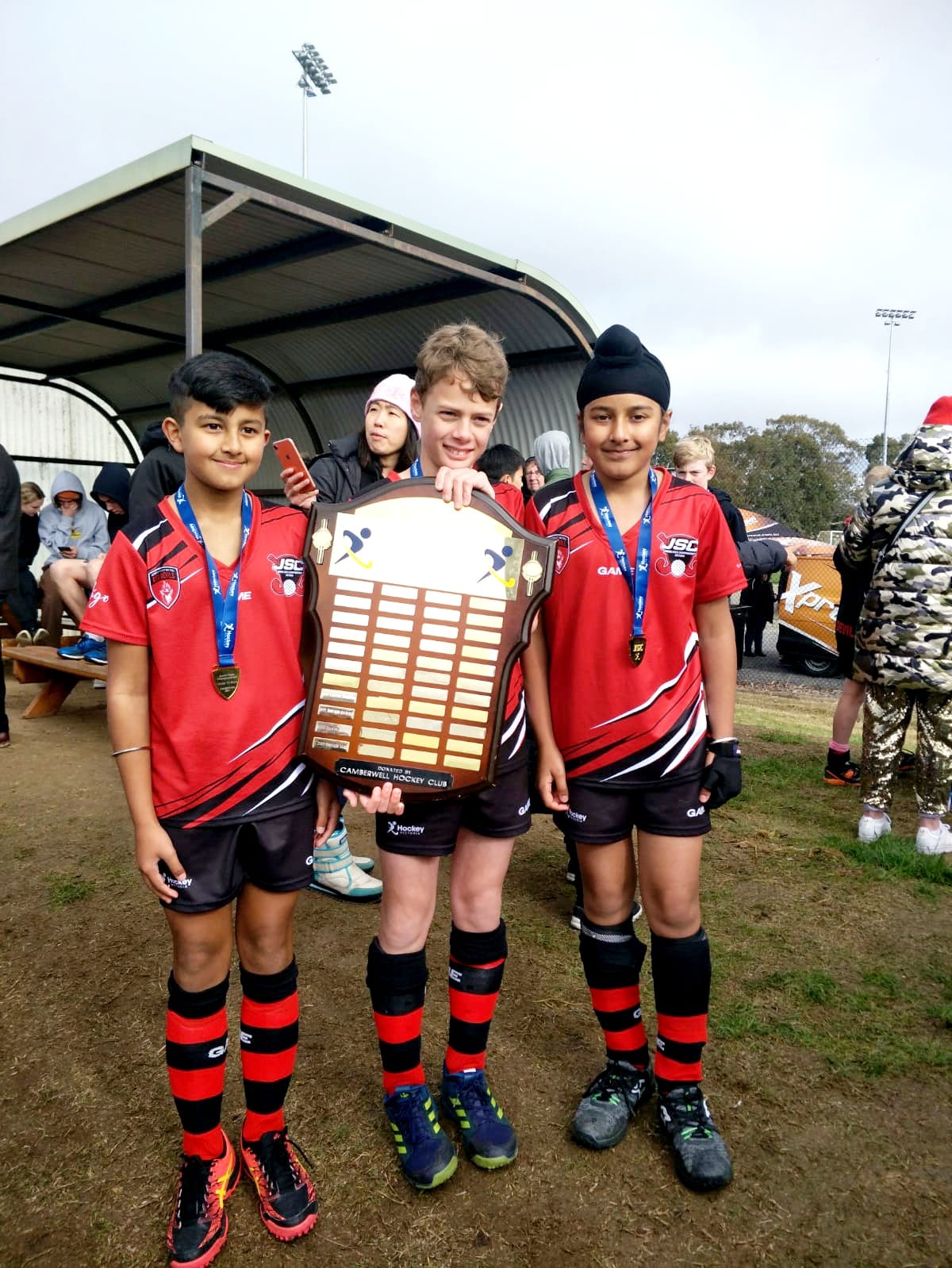 Paramdeep Singh and Jashandeep Singh Deol with their team mate holding the winning shield after the big win.
Supplied by Taqdir Deol

Recognising Jashandeep’s contribution to the team’s win by getting the ball and exerting pressure on the opposition’s defences, Mr Brennan said, “he played across the midfield and provided stability when we required it.”

“Naunihal’s excellent hand skills, ability to hold the ball and positioning in the circle, made him a dangerous player in the attacking half of the field”, Coach Brennan added.

I look forward to seeing Paramdeep, Jashandeep and Naunihal’s names listed in Hockey Victoria representative sides in the future

Speaking with SBS Punjabi, Pavi Heer — Paramdeep’s mother — expressed her happiness about the proceedings of the trials, practice sessions and selection process of the team.

“Any player within the age categories of Under-13, Under-15 and Under-18 can participate in the trials. The trial lasts for three hours and selections are made based on a player’s stamina, hitting, pushing and tackling skills,” said Ms Heer. 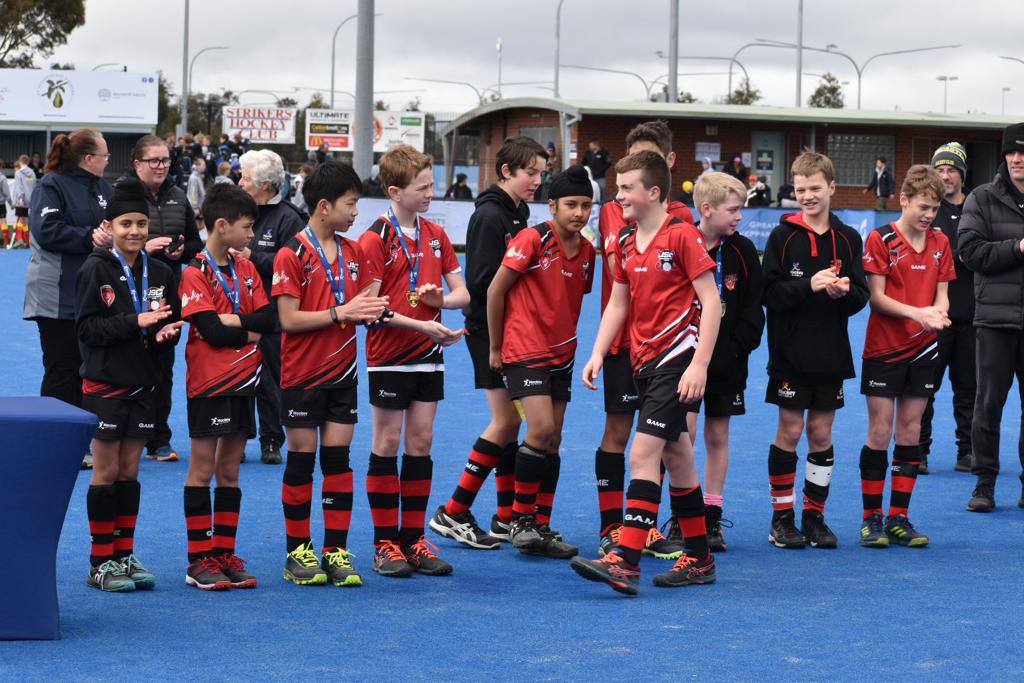 The team after winning the match.
Supplied by Taqdir Deol
“For information on age groups and zones, one can check the Hockey Victoria website. Selected players then complete four or five training sessions and play in a four-day round-robin event”, she added.

Talking about team sports, Ms Heer said, “We noticed increased self-confidence and motivation in our kids and they learn a lot of personal development skills by playing hockey”.

“When you train regularly, the team coordinates well and they learn team skills,” she added.

Click on the audio player at the top of the page to listen to this full conversation in Punjabi.