The organiser of the Tiranga (Tricolour) Rally has expressed his concerns over the "spread of misinformation and allegations" levelled against the participants and motive of the car rally held in Western Sydney last month.

Tensions flared within Sydney's Indian community on 14 February when the Glenwood Gurdwara authorities received a tip-off that a large convoy of vehicles was proceeding towards the temple premises late on Sunday afternoon.

But the rally's chief organiser and admin of the Facebook group Indian Diaspora in Sydney, Yogesh Khattar, has told SBS Punjabi that they had no intention to head towards the Sikh temple.

He said the rally's sole purpose was to show respect to the Indian national flag in a "peaceful and harmonious" manner.

"We had no plans or designs to disrespect or target any individual, group or place of worship. We are peaceful people and strong believers of multiculturalism and want to spread harmony in the community," Mr Khattar said. 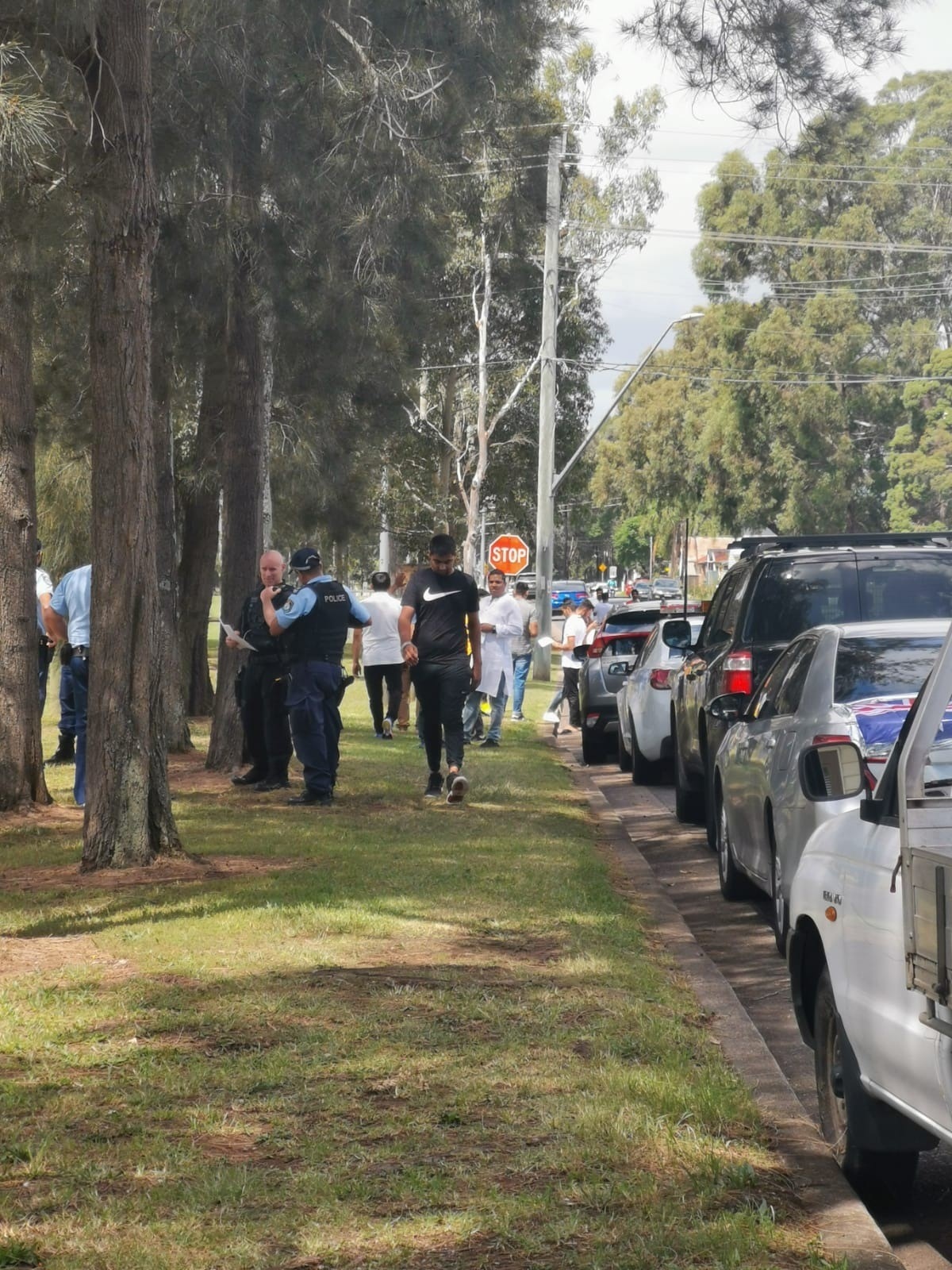 Shedding light on the sequence of events, Mr Khattar said that the rally was redirected from its planned route to proceed towards Reservoir Road after the convoy was intercepted at around 5:30 pm.

"While just 500 meters onto Sunnyholt Road from Third Avenue, we were informed by the accompanying NSW Police officials that there was a big crowd of people in a nearby Sikh Temple. They directed us to not proceed further for our safety reasons and return to the point of assembly in Jones Park, Parramatta via M4," he said. 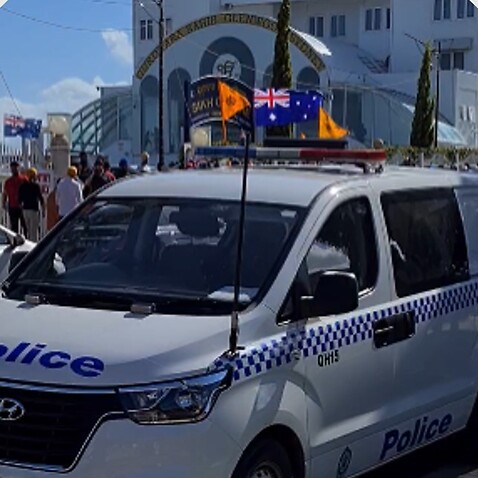 A day after the incident, an NSW Police spokesperson told SBS Punjabi that the police remained at Jones Park to prevent any possible breaches of the peace between supporters of the "religious ceremony and an opposing group who had also gathered at the park."

"Both groups were spoken to and agreed to break into smaller groups (due to COVID restrictions) and then disperse. No arrests were made, and no breaches of the peace were detected.

The procession was turned away by police before going to Glenwood, the police spokesperson said.

“There was approximately 300-400 people near the Sikh Temple at Glenwood and there were sufficient police resources in place if there was any breach of peace.”. The police spokesperson added that the organisers had not submitted a Form 1 'Notice of Intention to Hold a Public Assembly' within the seven-day timeframe.

On being questioned if the organisers had filed the said document, Mr Khattar shared a document with SBS Punjabi, which was submitted to the police on behalf of Arya Samaj, a non-profit religious organisation.

However, the organisation has claimed no involvement with the rally as per a report published by the Indian Link.

The incident, meanwhile, sparked safety concerns among the members of the Sikh community, many of whom descended upon the gurudwara as the news spread at around 4:30 pm.

Issuing a statement soon after the incident, the Australian Sikh Association Limited (ASA), the management body of the Glenwood Gurdwara said that the vigilant action by NSW Police helped them foil what they believe was an attempt to "provoke and disrupt services" attended by thousands of worshippers on Sunday.

“ASA condemns any activities that involve hate crimes, disruption of the peaceful Australian way of life and community harmony. ASA along with representatives of other local gurdwaras have met with various political representatives and NSW Police and apprised them of potential conflict in the future,” reads the ASA statement issued on 15 February. 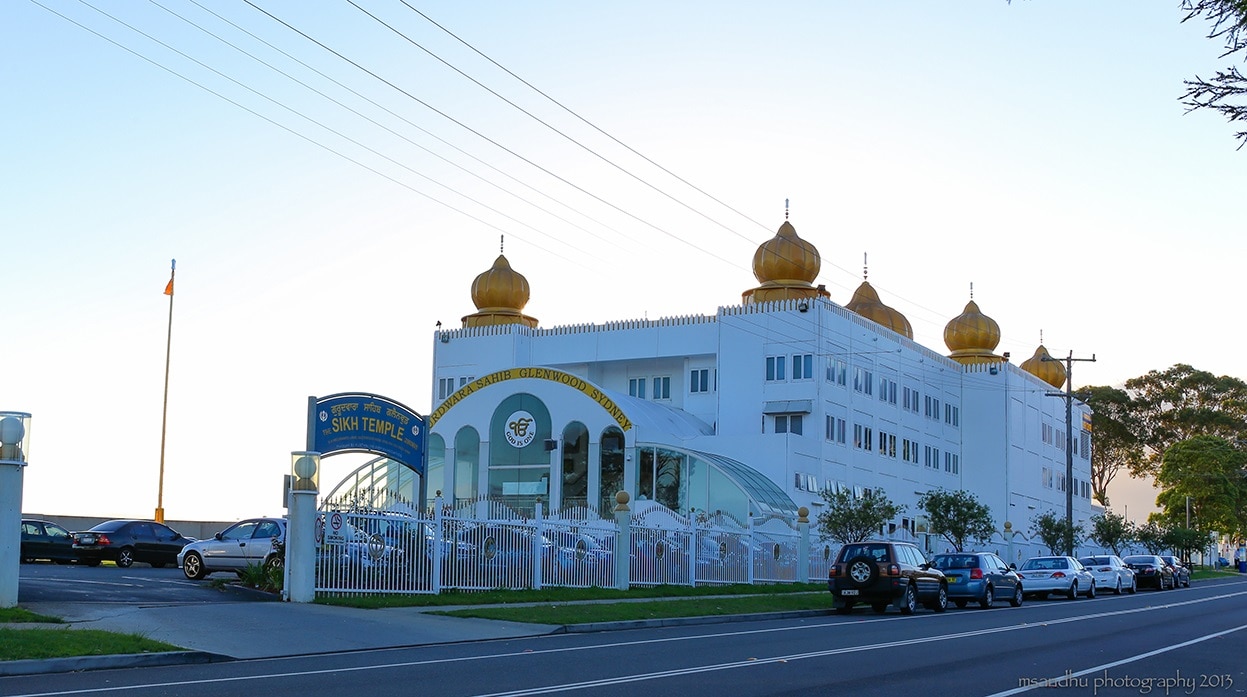 The Sikh Temple/Gurdwara at Glenwood in Sydney's west.
Supplied

The incident was also condemned by many other members of the Sikh community.

Expressing his disagreement with their statements, Mr Khattar reiterated that "at no stage, there was any plan to go even near the Sikh temple."

"This was also repeatedly conveyed to NSW Police. Any claim to the contrary is mischievous and false.

"We hold every place of worship of any religion with reverence and that includes Gurdwaras," he added.

Click on the player to listen to the full interview with Yogesh Khattar for more details.