An Italian family with a seven-year-old daughter born and raised in Australia say they're distraught after the cancellation of their sponsorship visa by the father's employer. He says he was let go, "without ever being notified by the employer".

Sara and Giorgio* arrived in Australia from Sicily in May 2013, on a tourist visa.

"We had a jewelry shop in Sicily, but after robberies and extortions, we decided to close down and leave the country," Sara said in an interview with SBS Italian.

Sara was eight months pregnant when they arrived in Sydney. Their daughter Erica* was born in July 2013.

After their tourist visa expired, they obtained a student visa for 18 months, during which Giorgio's employer decided to sponsor him, so the entire family were put on a four-year 457 Visa.

At the time, 457 visa holders were eligible to apply for a Permanent 186 or 187 Visa as long as they had been in their job for at least two years and they scored at least five in the International English language Testing System (IELTS).

"We did 15 or even more IELTS tests, roughly," said Sara. 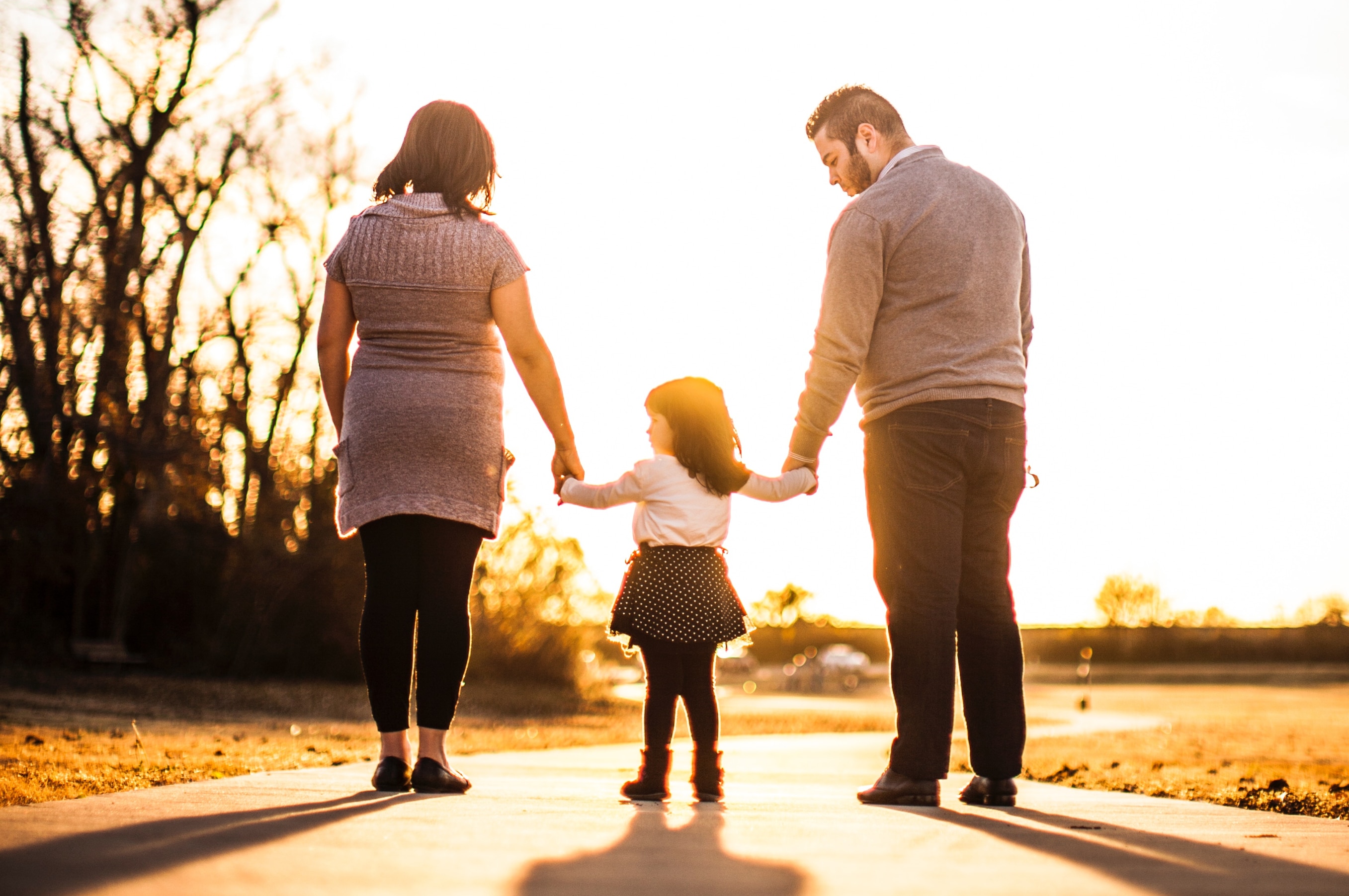 Photo by Caleb Oquendo from Pexels

However, they were unable to reach the minimum IELTS score required to apply for permanent residency.

In April 2017, the government announced that the 457 visa scheme would be abolished and replaced by a new Temporary Skill Shortage (TSS) visa by March 2018.

Further changes meant that from 1 July 2017, 457 visa holders who wanted to apply for permanent residency needed to be younger than 45 years of age (reduced from 50 years of age) and needed a minimum IELTS score of six (increased from five) in each component. With the age equirement changing, permanent citizenship became beyond reach for Sara and Giorgio, who had also been taking English lessons to try to meet the minimum IELTS score, gradually getting closer and closer to the required score.

"We missed out by just 15 days," said Sara, explaining that at that point she and her husband were nearly 50 years' old.

We missed out by just 15 days.

"We went to see several lawyers. We paid a lot of money. They all said: 'Don't worry; just renew your Temporary Skill Shortage Visa (TSS)'".

With COVID-19, the factory shuts down and all workers are suspended

But in March 2020, COVID-19 forced the factory where Giorgio was working to shut down.

The employer suspended all workers, including Giorgio, and promised that when possible, the business would reopen at a new location.

Unlike many of his colleagues who were Australian citizens or permanent residents, Giorgio was not able to receive the Jobseeker subsidy, as it was not available to temporary residents.

But he was sure he still had a job to go back to, so he stayed home and waited, without seeking employment anywhere else to comply with the rules of the sponsorship.

So Sara had to find a job, while some relatives sent money from Italy to help them get by. Photo by Belle Co from Pexels

"Suddenly, a few months after Giorgio was suspended, we got an email from the Immigration Department asking us to give them a good reason why they should not cancel our visa 60 days after Giorgio's sponsorship had been withdrawn," said Sara.

Under the current rules, the employee has 60 days from the date they finish working with an employer to either: find another approved sponsor to nominate them, or be granted a different visa or leave Australia.

"Without telling my husband, his employer had fired everyone and had cancelled his visa".

Without telling my husband, his employer had fired everyone and had cancelled his visa.

They say they had no idea.

“We didn't know anything about it, we never received any communication about this — neither written nor verbal”.

Sara and Giorgio appealed the decision of the Department of Immigration to cancel their visa and, in mid-February, they obtained a Bridging Visa E (Subclass 050), with permission to work, which will be valid until the appeal is heard.

Sara has been told it could be a while before they know the outcome of the appeal, maybe even 18 months.

"No breach of immigration laws, as this falls under contractual law"

Immigration lawyer Emanuela Canini explains that even if the sponsor failed to notify Giorgio that he had been fired, as Sara and Giorgio claim, this would have not breached any immigration laws, as these matters are instead regulated by contractual laws instead.

"The sponsor should have at least communicated that the employment contract had been terminated, but this falls in the area of contractual law," Ms Canini told SBS Italian. 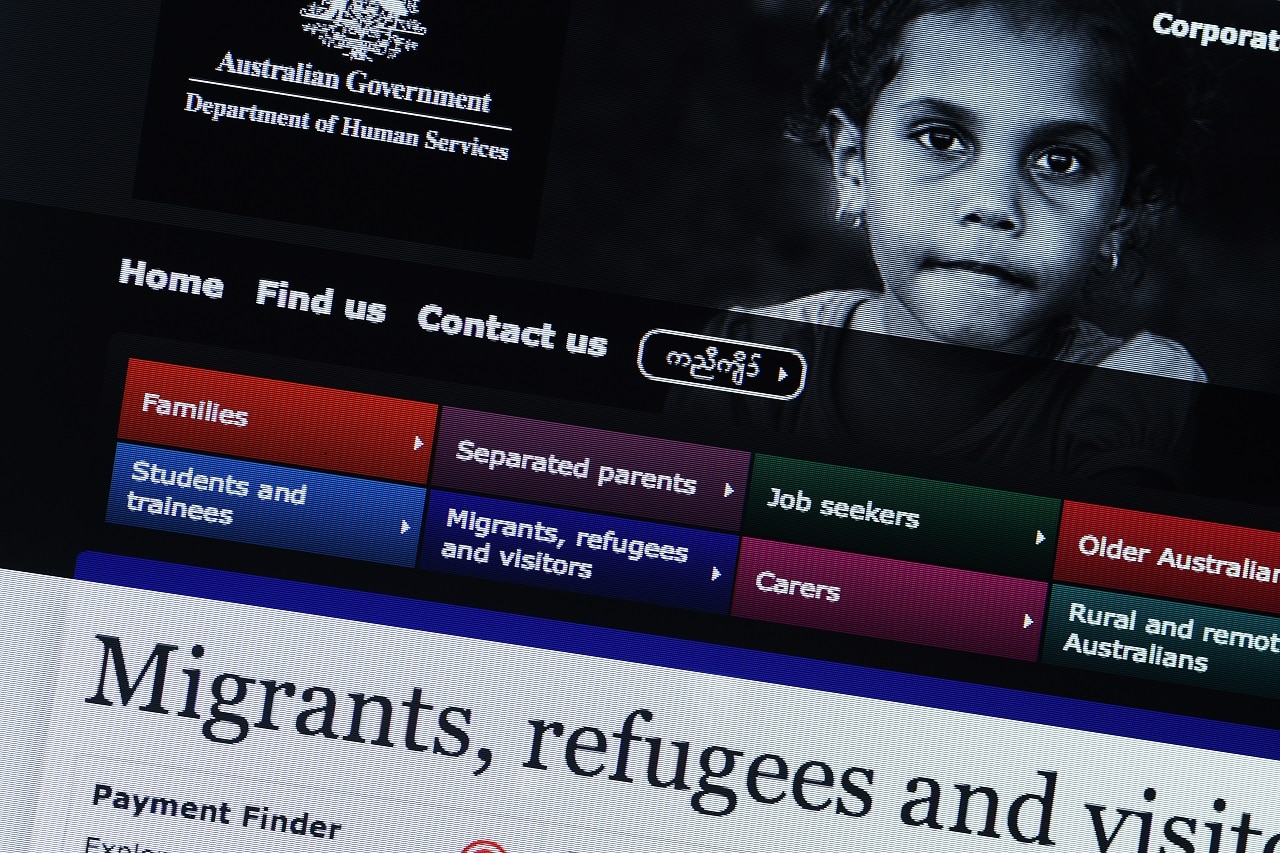 Unlike many of his colleagues who were Australian citizens or permanent residents, Giorgio was not able to receive the Jobseeker subsidy, as it was not available to temporary residents.
AAP

"This type of misbehaviour on behalf of the sponsors is not regulated by visa rules.

This type of misbehavior on behalf of the sponsors is not regulated by visa rules.

"If Sara and Giorgio had known earlier that Giorgio had been fired, they could have looked for another sponsor while they still had a valid visa," she said. 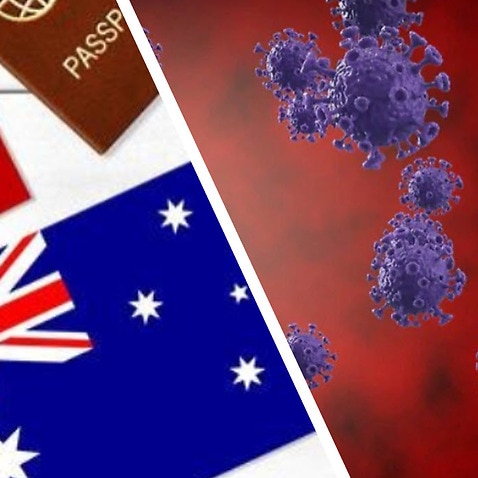 When Giorgio contacted his former employer to seek an explanation about the visa cancellation, the employer said he was confident he had told him that he had been fired and that the sponsorship would be cancelled, and showed him a letter of notification.

But Giorgio is sure he had never seen such a document.

When SBS Italian contacted the Fair Work Ombudsman, a spokesperson replied: "All workers in Australia have the same rights, regardless of citizenship or visa status.

"Any workers with concerns about their pay or entitlements are urged to contact the Fair Work Ombudsman directly on 13 13 94, via our free interpreter service on 13 14 50, or by visiting www.fairwork.gov.au."

Reports can also be made to the Fair Work Ombudsman anonymously in 16 languages, plus English, the spokesperson added. Photo by Michael Morse from Pexels
According to Mary Crock, Professor of Public Law at Sydney Law School and solicitor in Immigration Law, the Immigration Department had the duty to warn Sara and Giorgio that their visas were about to expire.

"If your visa is cancelled when you are in Australia — it’s different if you are overseas, they can do it without notifying you — as a matter of law they are required to be told, ‘your sponsorship has been cancelled, you have 30 days to find another sponsor or leave the country'," Ms Crock says.

As a matter of law they are required to be told, ‘your sponsorship has been cancelled, you have 30 days to find another sponsor or leave the country'.

A spokesperson from the Department of Home Affairs said it cannot comment on individual cases due to privacy.

But explained that "when the Department receives notification from an employer of employment cessation, visa holders are given 60 days to seek alternative employment before the Department considers their visa for cancellation".

"A Notice of Intention to Consider Cancellation (NOICC) would be sent to the visa holder’s last known address, and the visa holder would have five working days from deemed receipt to provide a response to the Department."

"I worry for my daughter"

Sara is worried about her daughter, who has been struggling emotionally since she realised that they may have to go back to Italy.

"My daughter hears us talk. The light went out of her. Erica was born here and grew up here.

"Her whole life she has been in Australia between schools, friends, parks and everything this country has to offer. She doesn't know anything about Italy".

According to Emanuela Canini, the chances that the appeal will be successful are very low.

"They appealed the decision but there is nothing to hold onto to leave this visa in place," she says.

"Unfortunately, the law says that if the sponsor no longer offers the job, the visa must be cancelled because there is really no reason to leave it in place".

If the appeal fails, then the last resort would be the intervention of the Immigration Minister himself.

Children born in Australia become citizens when they turn 10

Children born to temporary residents of Australia are eligible for citizenship after 10 years of "ordinary residence" in Australia.

Sara and Giorgio could hope that the minister may take so long to make a decision that their daughter may have turned 10 by the time that happens, but this would be very unlikely, says Ms Canini, as the minister's office selects the files to be submitted to the minister, and this case does not fall within the minister's guidelines.

Also, in this case, Sara and Giorgio would not automatically have the right to stay in Australia and would have to apply for some kind of Parent Visa in the future. "To await the minister's response, after the possible failure of the appeal in the tribunal, they would have to apply for a Bridging Visa E, which does not necessarily grant permission to work," Ms Canini said, adding that if Giorgio already had another sponsor approved prior to the outcome of the appeal, they could have a better chance of the tribunal overturning the cancellation to keep it for the new sponsor.

Why the idea of going back to Sicily is so scary

In any case, there is no easy road. And the option to return to Sicily scares Sara and Giorgio, due to a lack of work and ongoing coronavirus pandemic.

According to data by Johns Hopkins University Center for Systems Science and Engineering (JHU CSSE), on average, over the last seven days, 277 people died each day of COVID-19 in Italy.

In Sicily alone, since the beginning of the COVID-19 pandemic, 4,170 people have died.

COVID-19 has exacerbated poverty in southern Italy, already plagued by high unemployment before the pandemic, at 17 per cent and 50 per cent for youth—compared with 27 per cent youth unemployment nationwide and under 10 per cent general unemployment. "There is no future for people over 50 like us in Italy, and even less so in Sicily," Sara said.

The impact of the mafia on their business was another reason why they left.

They were asked for a ransom of 3,000 euros per month and after they said 'no' their shop was broken into and everything was taken away.

"We sold the business and our home before leaving — we have nothing left there," said Sara.

"With no Jobkeeper or Medicare, life is tough when you've lost your job due to COVID"

After using up all their savings, receiving financial help from Italian relatives, and selling everything they could to pay for the rent and legal fees, Sara and Giorgio are now exhausted.

"My husband even sold his grandfather's gold watch that was bequeathed to him. "He liked riding his bike, but he had to sell it to pay for the appeal just so we can make our case heard."

And there are added costs due to their temporary visitor status.

"We must also have insurance because we're not covered by Medicare and that insurance is another $370 a month," said Sara. 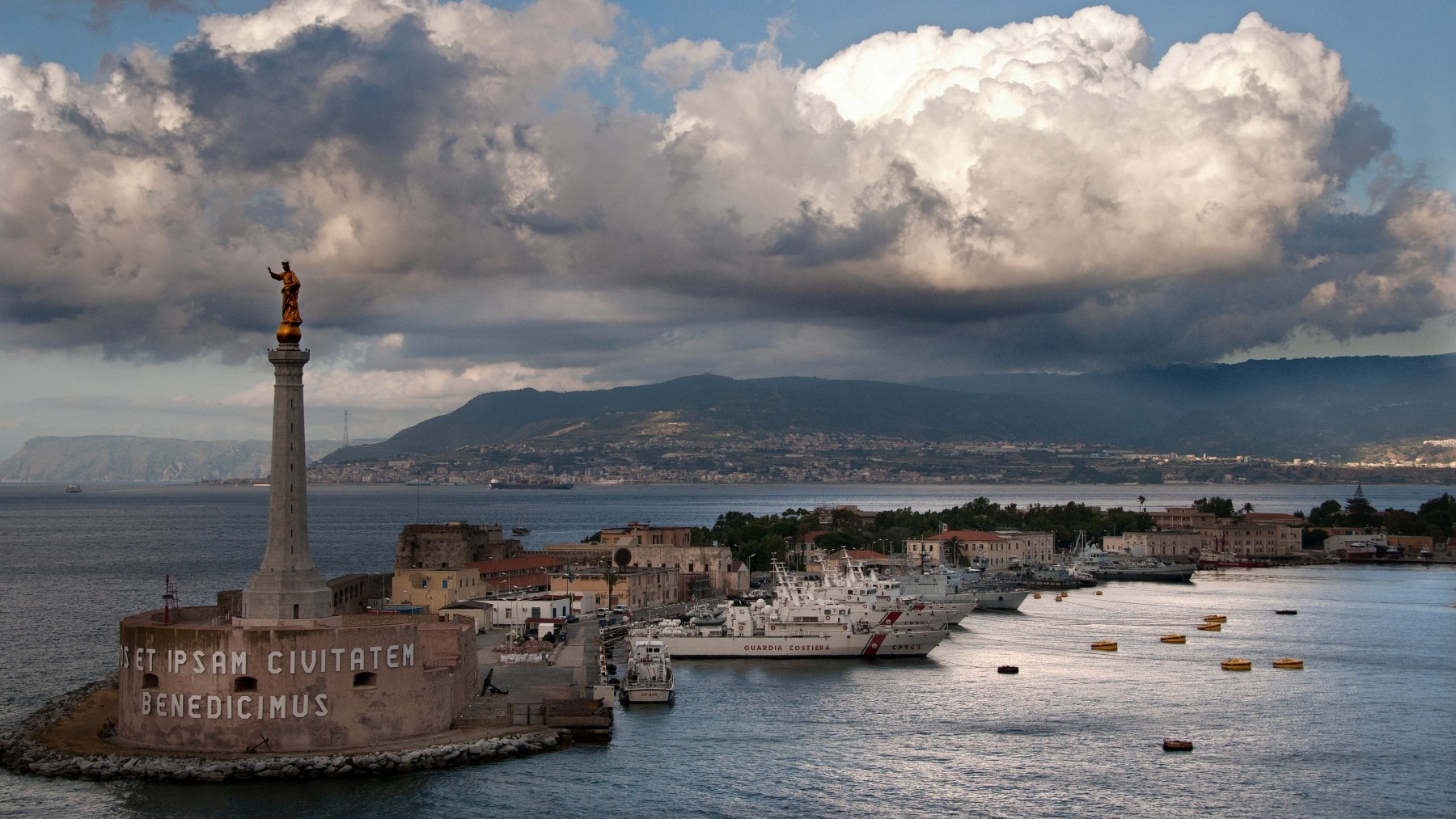 "We feel swindled. We have not received any help from the government, while we have always paid tax like permanent residents and citizens," said Sara.

"We came here also because all members of my husband's family on the mother's side are Australian citizens".

Giorgio's grandfather arrived in Australia in 1959 and, as Sara explains, gave a big contribution to the Australian economy.

"That too should be taken into consideration somehow," she said.

Sara says that when her daughter sees Prime Minister Scott Morrison on television, she asks: "Mum, but why doesn't he want me here? I was born here. Why doesn't Australia want me?'".

"When she says these things, I try to come up with some answers, but the entire situation is absurd", Sara said.

*These are their not real names.

Listen to SBS Italian everyday, from 8am to 10am AEST.