More than 100 blueberry growing Sikh farmers from the mid-north coast of NSW have joined hands to form the Oz Group Co-operative. In the past few years, covering an area of 700 hectares of blueberry bushes, this Co-op has become one of the biggest blueberry suppliers in Australia.

Nestled in the mid-north coast of NSW, Coffs Harbour has long been famous as the home of the Big Banana. But in recent years, local farmers have quietly shifted to a new crop – blueberries.

Coffs Harbour is responsible for over 80 per cent of the rapidly growing blueberry production in Australia.

The geography and the climate of the area have helped the local blueberry industry to boom.

Woolgoolga, a town north of Coffs Harbour is known as the ‘Missing Piece of Paradise’. The town is regarded as an oasis of Sikh culture in Australia.

The thriving Sikh community in the area has been responsible for most of the banana plantations for many generations.

Paul Shoker, Board Member - NSW Farmers Association told SBS Punjabi that with the declining banana prices and damage to crops due to cyclones, the local farmers turned to blueberry farming.

The Sikh farmers are the main force behind this area’s $200 million blueberry revolution.

In the past few years, this Co-op has become one of the biggest blueberry suppliers in Australia.

Oz Group covers an area of 700 hectares of blueberry bushes, which continues to expand.

The growers drop their produce at the Co-op, where it gets sorted, packed, chilled, distributed and marketed. Kamaldeep Singh CEO - Oz Group told SBS Punjabi that the Co-op was founded in 2001 as a small partnership, a group which has now turned into a Cooperative.

“With an annual turnover of around $85m, it supplies blue­berries almost all year round to the major supermarkets and wholesale markets of Australia,” said Mr Singh.

The Co-op also exports fruit to Hong Kong, Singapore and Middle East countries. It will not only be growing these markets but also will be expanding into new exports markets like Canada and India.

It is working closely with Australian Blueberry Growers Association on a project to open up new markets like China and Japan.

The Co-op runs automated packaging lines and employs more than 100 Packers while the all the growers involved in the Co-op employs over 3000 pickers annually.

The growers try to source most of their pickers from local community but during the peak season they employ backpackers and work holiday visa holders. Bonville’s Singh family is one of the proud partners of Oz Group Co-op.

He bought a banana farm near the ‘Big Banana’ in Coffs Harbour in 1994.

The Singh family now owns and operates more than 100 acres of blueberry plantations.

Amandeep Singh Sidhu and his wife Fulvinder Kaur Sidhu are the second-generation farmers.

As progressive farmers, they are keen to bring in new technology to their farmlands.

Their sons Harmandeep Singh and Vikramdeep Singh have carried on their family tradition and they continue to farm on the same land as their ancestors did. 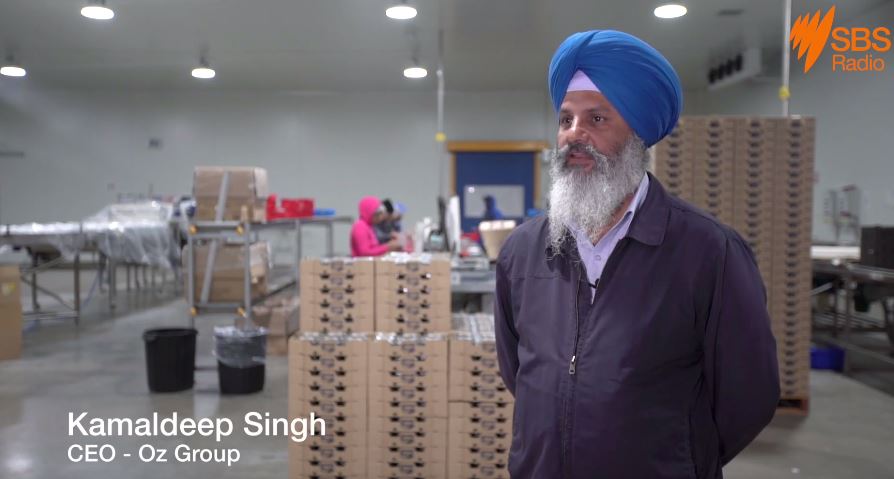 Kamaldeep Singh CEO - Oz Group told SBS Punjabi that the Co-op is a win-win situation for growers, pickers, packaging staff and everyone else involved.

The model helps regulate fruit supplies all year around, which gives collaborators a reasonable earning and bargaining power.

A critical success factor is Oz Group’s relationship with marketing partner Driscoll, which sells the Co-op’s blueberries to supermarkets.

The widely publicised health benefits of blueberry, in particular the antioxidant properties have helped the industry grow.

With an exponential growth, Co-op has now plans to export to China, India, Japan and Republic of Korea, and a proud Punjabi Australian community is right behind this blueberry revolution.

Watch the video story below: 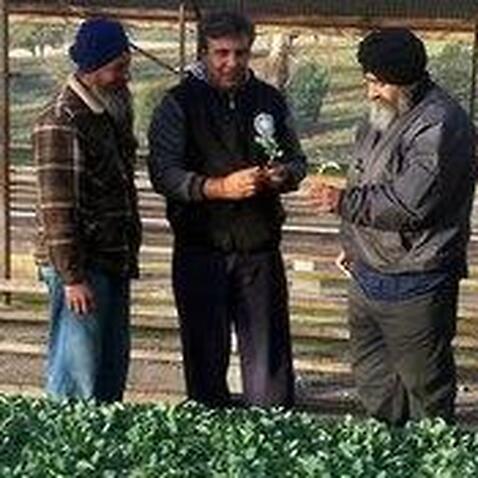 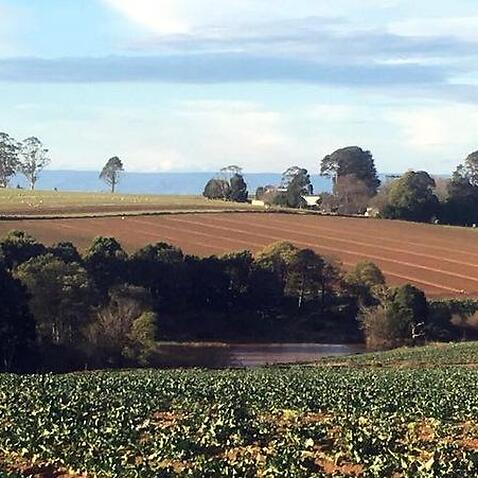 Farmers in Punjab being duped in name of immigration to Australia Grewal Farms at Mildura: The story of a hard working Punjabi family