Is Australia's international student sector on the road to recovery? 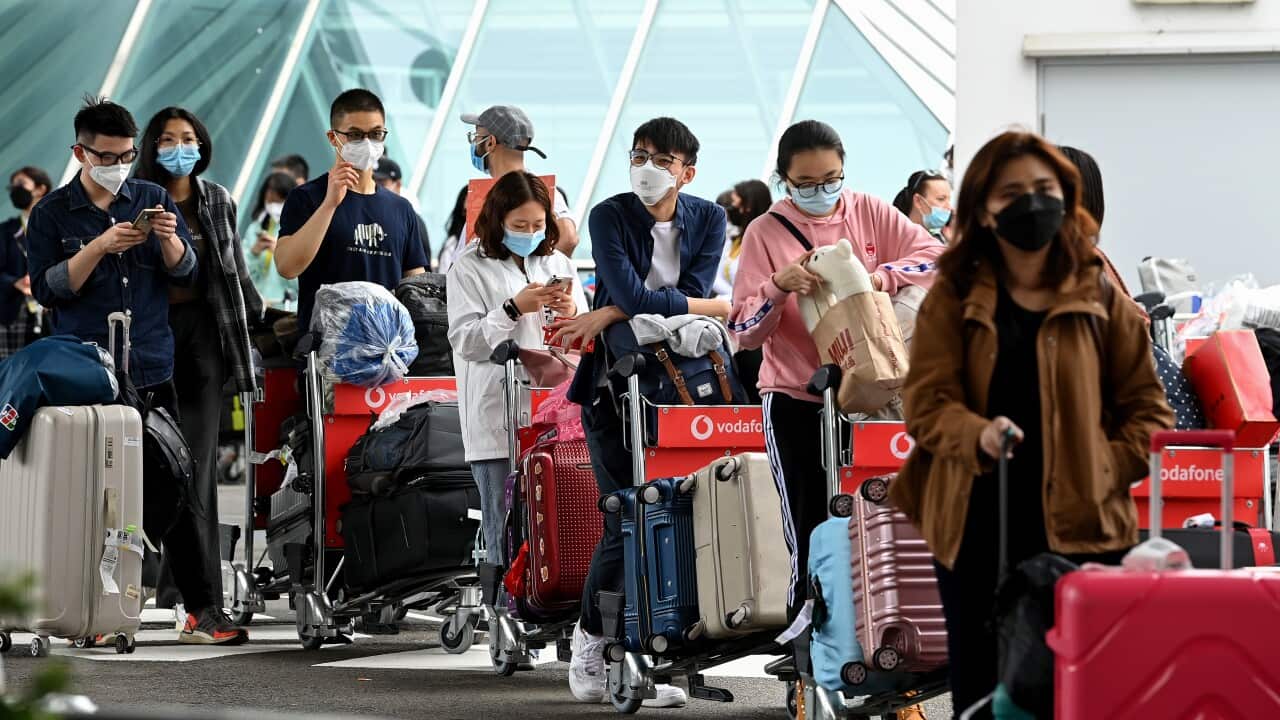 Despite slower than expected enrolment and commencement rates for international students, experts are optimistic Australia’s education sector will bounce back by the end of the year.

Published 15 June 2022 at 4:41pm
By Sumeet Kaur
Source: SBS
International students are returning to universities in Australia at a slower rate than many expected.

The Department of Education, Skills and Employment (DESE) shared with SBS Punjabi that commencements for the year-to-date March 2022 were 123,900, an increase of two per cent compared to the same period in 2021.

Speaking to SBS Punjabi, Antarpreet Sekhon, CEO of Brighton Institute of Technology Melbourne, said, “Enrolment levels are gradually increasing, but not many visas are being approved.”

‘Enrolments and commencements are taking longer to pick up onshore’

Mr Sekhon's private college was established in 2004 and has been facing hardships over the last two years.

“The college enrolments have fallen sharply. Though universities are recovering better, private RTOs [registered training organisations] are not getting as many international applications as we used to get before,” he said.

He said his institute has seen a "little surge" in applications for the upcoming July session, and he hopes the sector will return to normal by the end of the year.
In Australia, education plays an integral role in immigration. Source: Amarjeet Kumar Singh / SOPA Imag
According to the DESE, there were 440,129 international students enrolled in the year-to-date March 2022, a decrease of 15 per cent compared with the same period in 2021.

Mr Sekhon said international students are returning, but recovery is coming at a very slow pace.

“If we compare it to other countries, for example, Canada, international student enrolments in Canada have recovered very quickly, even breaking the previous record set in 2019,” he said.

“The government needs to address the longer visa waits to help the education sector," he added.

Reasons for slower return in the first quarter

Ravi Lochan Singh, the president of the Association of Australian Education Representatives in India (AAERI), told SBS Punjabi that the first intake of 2022 mainly comprised students who already had visas, were studying online and were not able to travel due to COVID-19 restrictions.

"There were also some students who had received visas for the February-March intake. However, the increased visa lodgements from January 2022 saw processing time increase dramatically, and there were students who had to wait for three months for a student visa.

"AAERI was informed by Home Affairs in April 2022 that the processing time averaged around 10 weeks at that time. These were the reasons why some students had to defer their intake to July 2022," said Mr Singh.

The AEERI president said that despite the massive impact of the pandemic on the international student population, the sector is slowly setting up for a return.

"The visa processing time has already come down," he said.

It is our expectation that the July 2022 intake will see very good student numbers from South Asia.

"I am also expecting that by 2023, the Indian student numbers to Australia will return to pre-pandemic levels.

"Australia's new post-study work provisions are quite attractive and possibly the best amongst all education destinations and this will incentivise students to opt for Australia," he further added.

Akshay Kumar, a new international student who arrived on 25 May, told SBS Punjabi, “The pandemic did halt my plans but here I am to further my studies and learn new skills.

“I am drawn to Australia’s quality of life, good education system and multiculturalism, among other factors,” he said.

Click on the player at the top of the page to listen to the full interview in Punjabi.