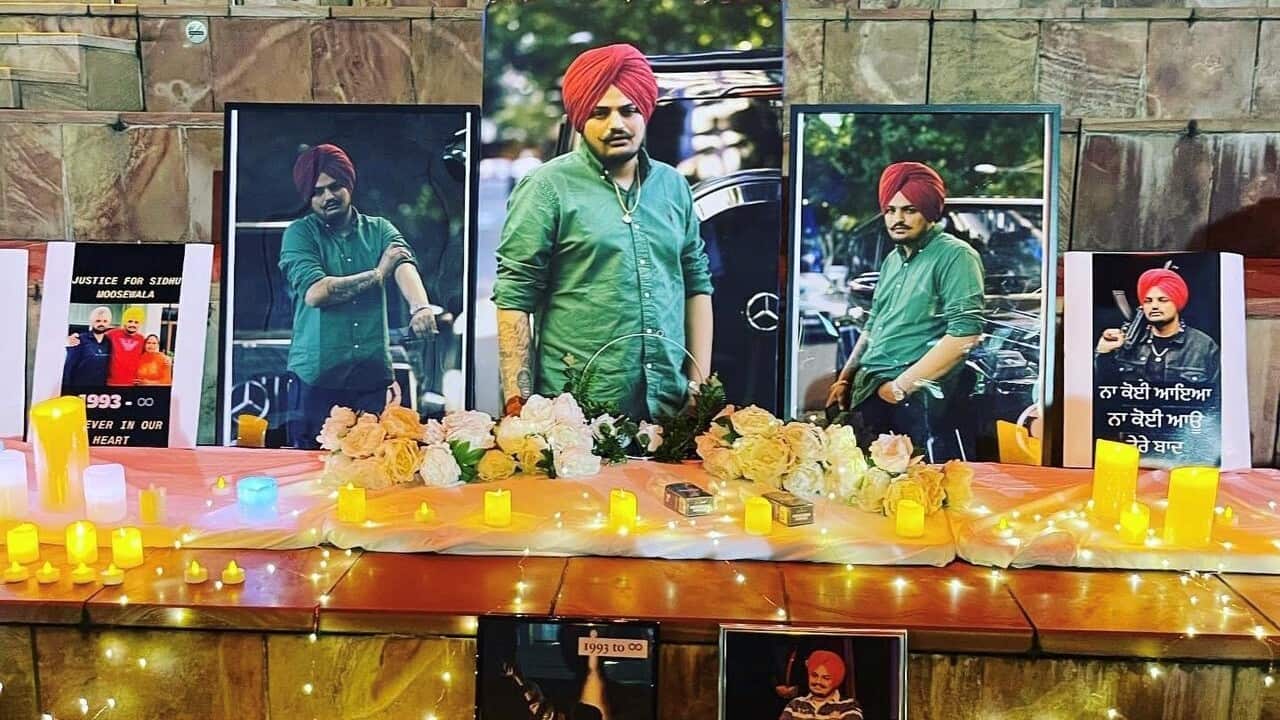 Hundreds of Indian community members gathered at Federation Square, Melbourne on Thursday evening for a candlelight vigil to pay tribute to the Punjabi singer Sidhu Moose Wala who was shot dead in Punjab's Mansa district on 29th May.

On the chilly evening of 2 June 2022, the disheartened community of Melbourne came out to pay their respect and condolences over the untimely death of famous Punjabi singer Shubhdeep Singh Sidhu, aka Sidhu Moose Wala. His death left many in utter shock and disbelief.

In an
interview held by SBS Punjabi in October last year,
the late singer Sidhu Moose Wala conveyed the emotional message of meeting his loved ones in Australia soon.

Advertisement
"I am desperate to see you in my next show to be held across major cities in Australia," he had said.

His killing has sparked outpourings of condolences from fans, celebrities, and political leaders throughout the world.

The organiser of the candlelight march, Sahiba Bedi, told SBS Punjabi that Sidhu's death had left a massive void in the Punjabi music industry.

"Shubh was a revolution and a great inspiration for the youth.

"The killing has sent shockwaves across the world, but his legacy will live on forever," she said.

"Sidhu used to introduce his family to his fans through social media, and the loss seems personal this time because of his genuine persona.

We all seek justice for Sidhu and his parents.

36-year-old chef and mother Harpreet Kaur have never been a fan of Moose Wala's music and was pretty concerned over the violent lifestyle and glorified gun culture the singer portrayed in his songs.

But his death has left her in shock and denial.

"People have different music tastes, but no one deserved to go this way… It's such a sad thing," she further added.
"I was born to be real, not to be perfect. Love my family, love my fans" - Sidhu Moosewala Source: Supplied

Born on June 11, 1993, in the Moose Wala village in Mansa, Punjab, Shubhdeep Singh Sidhu, aka Sidhu Moosewala, broke several records in his mid-twenties, garnering millions of hits on YouTube and fans around the globe.

Punjabi singer, songwriter, electrical engineer, politician and actor Moose Wala became a household name among Punjabis and music lovers as he rose to popularity in a short span of fewer than two years after he created a niche for himself with his unique style.

Prayer meetings and memorial services to pay homage to the star artist are being held throughout Australia.