Trade deal with India widely welcomed, but some concerns remain 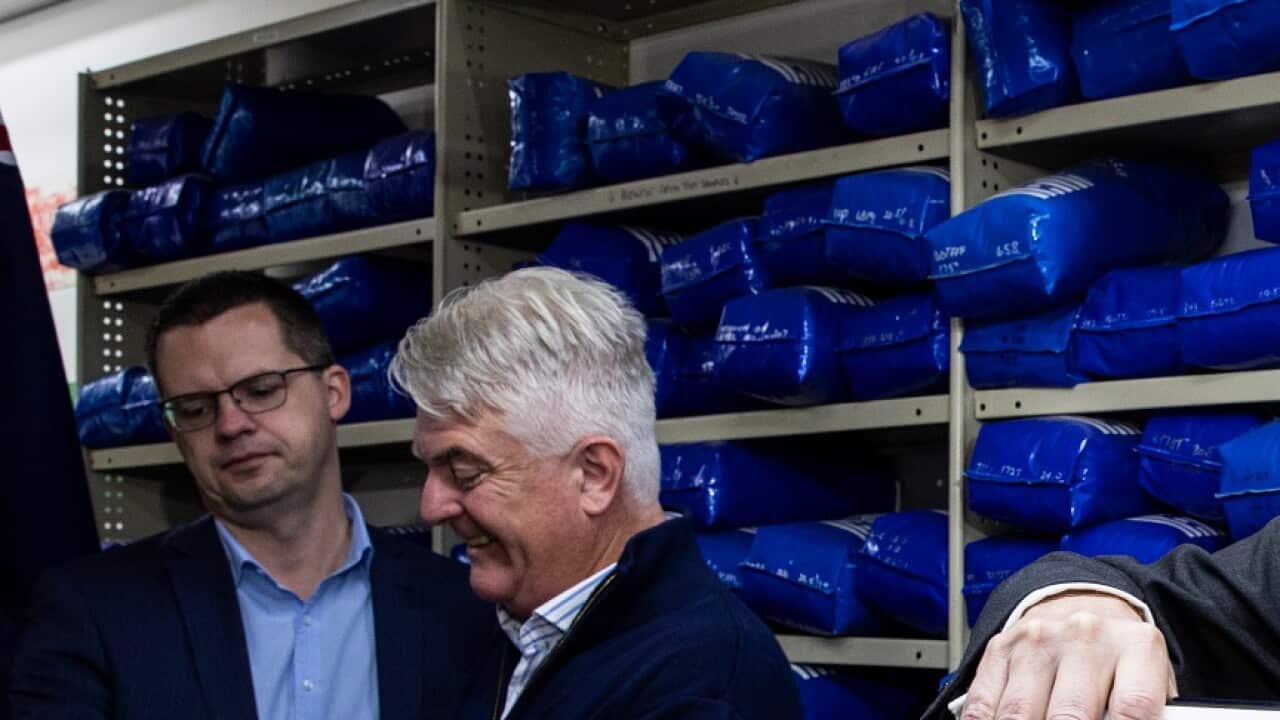 Minister for Trade, Tourism and Investment Dan Tehan pours wine in a glass during a press conference about the signing of the trade agreement Source: AAP

Prime Minister Scott Morrison says it's opened "one of the biggest economic doors available," but critics say there was a lack of transparency leading up to the deal. But not everyone has praised the deal.

Published 7 April 2022 at 11:52am
By Tom Canetti
Presented by Harleen Kaur
Source: SBS
Australia and India have signed a major trade deal cutting tariffs on Australian exports including wine and a range of other agricultural products including avocados, cherries, nuts, blueberries and almonds.

Ahead of the upcoming federal election, Mr Morrison says the deal is about creating more jobs and he's praised the Liberal party for opening up foreign trade agreements since they took power.

Advertisement
"When we came to government 27% of our trade was covered by these export agreements. Today it's 78% and what we're doing is we're unlocking these markets around the world for Australians so they can unlock the wealth that is in the region and they can unlock the jobs, and that's why Australia's economy is so strong. Because of our economic plan to get Australia on the front foot."

Opposition leader Anthony Albanese says he's disappointed by Mr Morrison's lack of courtesy in withholding information on the deal from the Labor party, but nevertheless says he supports the trade deal with India .

"In terms of the India free trade deal, we welcome it. Peter Varghese did a significant report some years ago, now that that is largely laid on the shelf. India is an important nation, it will grow to the third largest economy in the world in coming years."