What is religious fasting, how does it affect health? 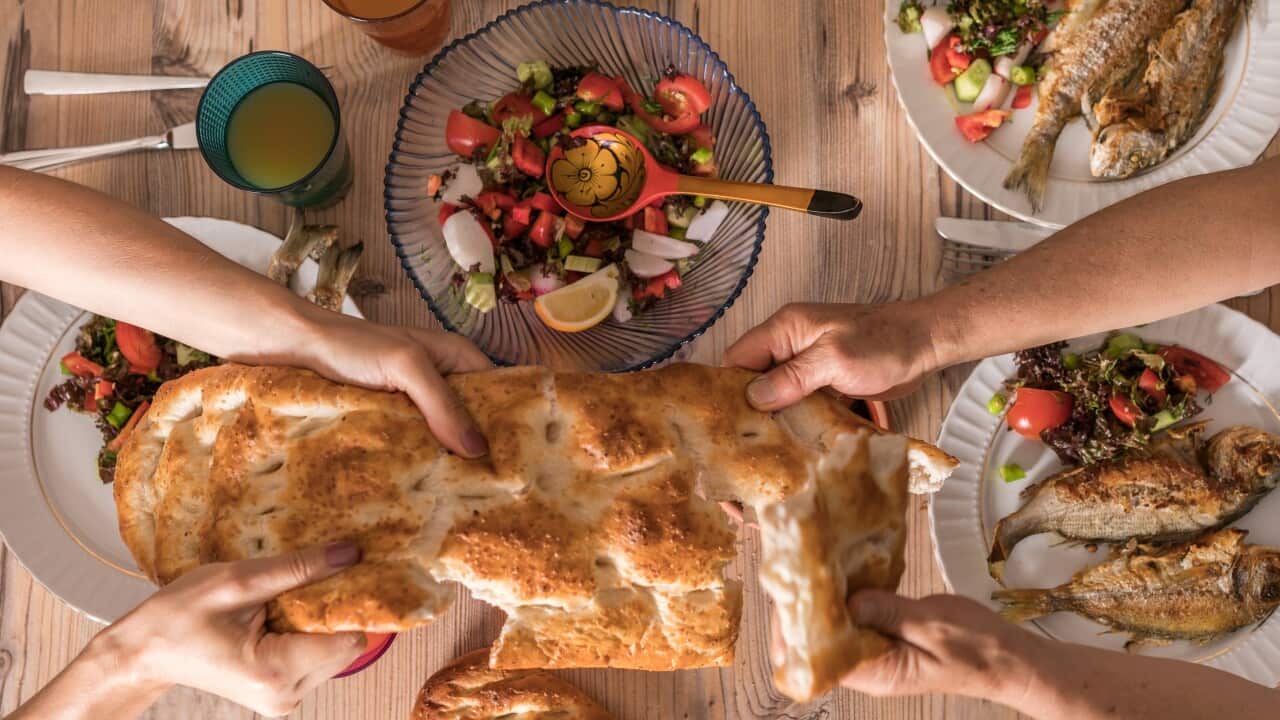 Fasting has been used therapeutically since at least the 5th century bce, when Greek physician Hippocrates recommended abstinence from food to some patients. Source: Getty Images/mustafagull

Whether it involves completely abstaining from food and drink or a lighter, lower-calorie form of eating, fasting is practised in various religions and philosophies across the world, including Christianity, Islam, Judaism, Buddhism, Hinduism, Taoism and Jainism.

Published 14 April 2022 at 1:48pm
By Chiara Pazzano
Presented by Paras Nagpal
Source: SBS
Whether it involves completely abstaining from food and drink or a lighter, lower-calorie form of eating, fasting is practised in various religions and philosophies, including Christianity, Islam, and Hinduism.

Diana Abdel-Rahman, OAM [Medal of the Order of Australia recipient], is the President of the Australian Muslim Voice Radio (AMV Radio), an English language program broadcasting 24 hours a day in Canberra during Ramadan.

Ms Abdel-Rahman explains that Ramadan is a time for Muslims to reconnect with God and with their religion.

Advertisement
"As the sun comes up, that's when we stop eating. We do not eat or drink during the day until the sun goes down, which is the fourth prayer of the day. This happens for 29-30 days in the month of Ramadan every year. Fasting actually benefits the body, mind, and soul. During the month of Ramadan also, you often increase your prayers. It's a chance where everybody gets to reconnect with God. It's a chance where we get to drop everything else that we're doing and completely focus on our faith."

Ramadan is a form of intermittent fasting, a term used to describe a variety of eating patterns in which no or few calories are consumed for time periods that can range from 12 hours to several days, on a recurring basis.

More specifically, Ramadan falls in the category of time-restricted eating, explains Dr Veronique Chachay, who is an Accredited Practising Dietitian, a Lecturer and Researcher at the University of Queensland.

Dr Chachay says abstaining from food entirely for limited periods of time brings some key benefits to the body.

"During a window of fasting, you are triggering the mechanism at a molecular level is triggering the resilience mechanisms in the cell. So, the cell switches into a stress response and that mild stressor we say mild because it's not for too long will activate certain genes that are known to code for enzymes for detoxification. So, for example, antioxidant enzymes are increasing, detoxification enzymes that are in the liver. And so, as a result, the cell is doing a bit of spring cleaning."