A UK court has cleared Julian Assange’s extradition to the US. Here’s what happens next

The 50-year-old Australian founded the WikiLeaks website in 2006 and has been held in detention since 2019 as a lengthy legal process continues over espionage charges. 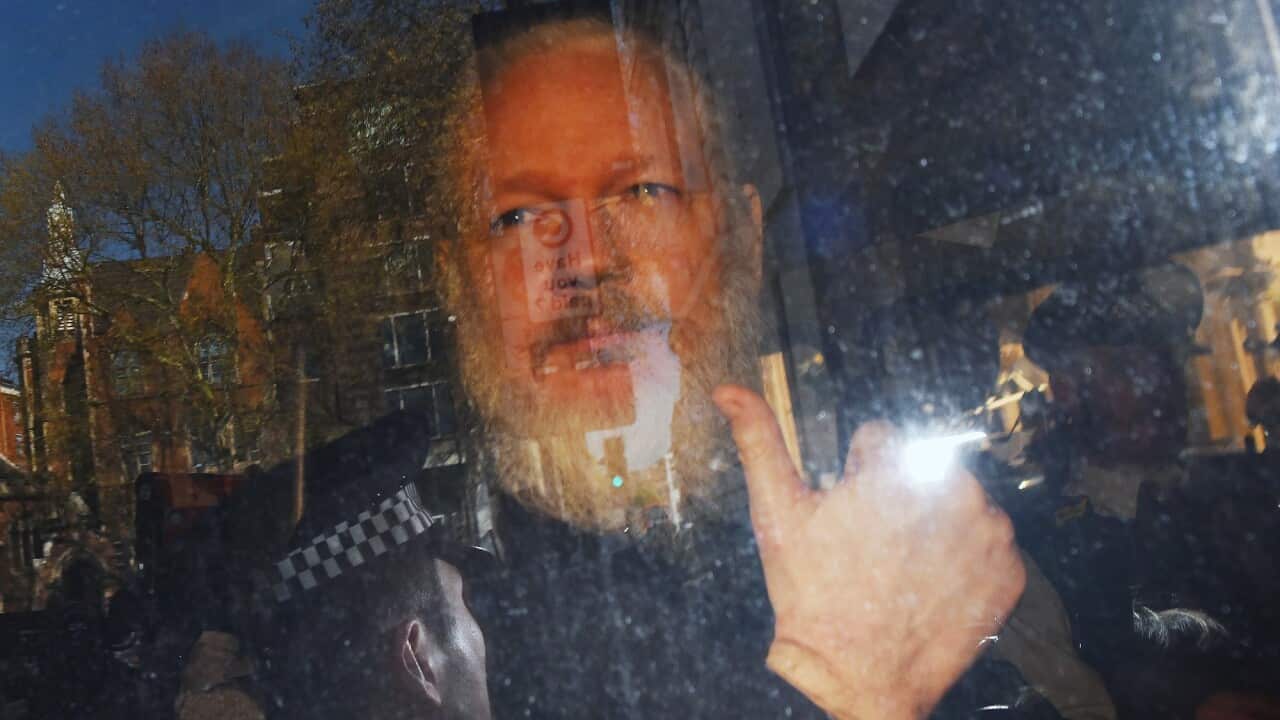 But the legal battle is far from over, with the legal wrangling set to continue into 2022 as Assange's team pledged to have the case heard at the United Kingdom's highest court.

Who is Julian Assange and why is he wanted by the US?

Advertisement
Julian Assange is a 50-year-old Australian who founded WikiLeaks, a site that publishes leaked materials from a variety of sources.

Set up in 2006, the site is widely known for its release of footage showing a 2007 US airstrike in Baghdad that killed journalists and civilians titled
Collateral Murder
.

He is wanted by the US for alleged violations of the country's Espionage Act by publishing military and diplomatic files in 2010.

Should he be convicted, the maximum jail term could be 175 years.

What is the latest legal battle?

The most recent legal issues related to Washington's attempts to extradite Assange from the UK to face trial in the US.

District Judge Vanessa Baraitser ruled in January the extradition could not take place owing to concerns about Assange's mental health, but an application for him to be released on bail was refused after the US said it intended to appeal against the decision.

The US received the green light to launch an appeal in August and did so in October. Last week, the appeal was ruled to be successful.

READ MORE
Wikileaks founder Julian Assange can be extradited to the US, British court rules

Their argument was the US had provided assurances that Assange would not be held at a so-called Supermax prison, and would receive care for his mental health, which Judge Baraitser had not taken into account when making her decision in early 2021.

In their ruling, Lord Burnett and Lord Justice Holroyde said: "There is no reason why this court should not accept the assurances as meaning what they say. There is no basis for assuming that the USA has not given the assurances in good faith."

Why does the case raise media freedom concerns?

Assange's case has "dangerous implications for the future of journalism", the secretary-general of Reporters Without Borders Christophe Deloire said.

They believe he has been targeted for his contributions to journalism and is facing "possible life imprisonment for publishing information in the public interest".

This view is shared by MEAA Media federal president Marcus Strom who told SBS News: "This is an attempt by the United States to set a precedent, to intimidate the coverage of national security journalism.

"If the United States is able to be successful in the prosecution of Julian Assange, it will set a very dangerous precedent for anybody publishing any material in the public interest that exposes US military secrets."

Assange spent years at the embassy in London. Source: AP

Why did he enter the Ecuadorian embassy in London?

Assange's legal battles have not solely been related to his work with WikiLeaks. In 2010, a Swedish prosecutor issued an arrest warrant on sexual assault allegations involving two women to which Assange has claimed innocence.

He reported to police in late 2010 and, in early 2011, it was ruled Assange could be extradited to Sweden. He appealed against this, fearing such a transfer would be a pretext to his extradition to the US.

Assange took refuge in the Ecuador embassy in London in June 2012 and was granted asylum. He would go on to spend seven years in the building located in Knightsbridge and close to Harrods and Hyde Park.

Supporters have been seen outside courts for Assange's hearings. Source: EPA

His refuge ended dramatically in 2019, two years after the Swedish prosecutor dropped the case against Assange, when Ecuador revoked his citizenship and UK police entered the embassy to arrest him.

He was held on a US extradition request, jailed for breach of bail, and has been held in Belmarsh prison since 2019.

Belmarsh, a maximum-security prison south of the river Thames, has held some of the UK's most notable inmates, including one of the killers of soldier Lee Rigby Michael Adebolajo; Wayne Couzens, a police officer who kidnapped and murdered Sarah Everard; and Stephen Port, a man dubbed the Grindr killer who murdered four men after meeting them on dating apps.

How have 11 years in detention impacted his health?

Assange's legal team have raised concerns that the prolonged legal case has had a highly detrimental impact on his physical and mental health.

His fiancée Stella Moris told the UK's Mail on Sunday that Assange had a mini-stroke during the October appeal, leaving him with memory loss and signs of neurological damage.

She was quoted by the paper as saying: "I believe this constant chess game, battle after battle, the extreme stress, is what caused Julian's stroke on October 27."

Doctors for Assange, a group set up in 2019, referred to Assange's health as being in a "dire state" due to "his prolonged psychological torture", while Nils Melzer, the UN's special rapporteur on torture, said he was "crushed as a person".

What has the reaction been in Australia and around the world?

Pressure has been placed on the Australian government to intervene in Assange's case. Senator Rex Patrick urged Deputy Prime Minister Barnaby Joyce to make a case to the US Secretary of State while in isolation in the country, and Independent MP Andrew Wilkie said Prime Minister Scott Morrison needed to pick up the phone and "end this lunacy".

Newspaper editorials have also made the case for Canberra to discuss the matter with counterparts in Washington and London, and international bodies have pushed for Assange's release.

The Sydney Morning Herald wrote: "Prime Minister Scott Morrison should encourage Mr Biden to free Mr Assange. There is a strong humanitarian and pragmatic case to look for a way out of this Kafkaesque nightmare".

Anthony Bellanger, general secretary of the International Federation of Journalists, said the ruling was a "major blow".

Others calling for his release have included Amnesty International, who said the "indictment poses a grave threat to press freedom both in the United States and abroad".

What could happen now?

Following the successful appeal from the US, the judges ruled the case should return to Westminster Magistrates’ Court for a district judge to formally send it to UK Home Secretary Priti Patel.

But Ms Moris has said lawyers will push for the case to be referred up to the UK's highest court, the Supreme Court.

His legal team have also suggested New Zealand act as a peacemaker between the various parties in the case.

"This is something our prime minister could address by picking up the phone to president Biden or prime minister Johnson and saying, 'Hey, enough's enough. Let's bury the hatchet and not in Julian's head'," Mr Tuck told Radio NZ.