Attacks by French officials on 'Islamic separatism' have Muslims questioning whether they will ever fully be accepted.

At age 42, Mehdy Belabbas embodied the French republican promise of upward social mobility: the son of a Muslim construction worker of Algerian descent, he was the first in his family to attend graduate school and served for 12 years as the deputy mayor of the working-class city where he grew up.

And yet for the past two weeks, Mr Belabbas has been thinking about just one thing: “I’m wondering if I should leave France.”

Mr Belabbas’s thoughts stemmed from days of heated, if not hostile, public debate, largely fuelled by President Emmanuel Macron’s own ministers, that started in response to the gruesome beheading of a teacher by an 18-year-old Muslim extremist and was refuelled by what officials believe was an Islamist terror attack in Nice on Thursday.

French officials have vowed to crack down on what the hard-line interior minister, Gérald Darmanin, has called “the enemy within", closing a mosque, proposing to ban several Muslim groups the government considers extremist and even suggesting the elimination of ethnic food aisles in stores. 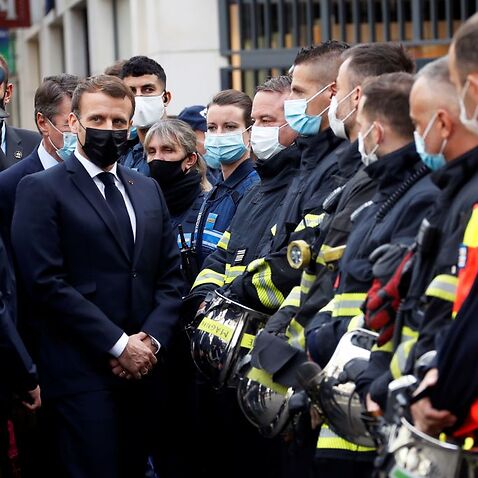 Mr Macron, who began a campaign earlier this month against Islamic “separatism” from France’s deeply held secular values, said recently that Muslims needed to develop an “Islam of enlightenment,” which many considered patronising.

While these statements and others from French officials have engendered a backlash in some Muslim countries, they have mostly caused bewilderment among France’s nearly six million Muslims, almost all of whom condemn violence but fear they are all being labeled terrorists.

“After this attack, five or six million people have to justify themselves,” Mr Belabbas said. “But we just don’t know what is expected of us.” 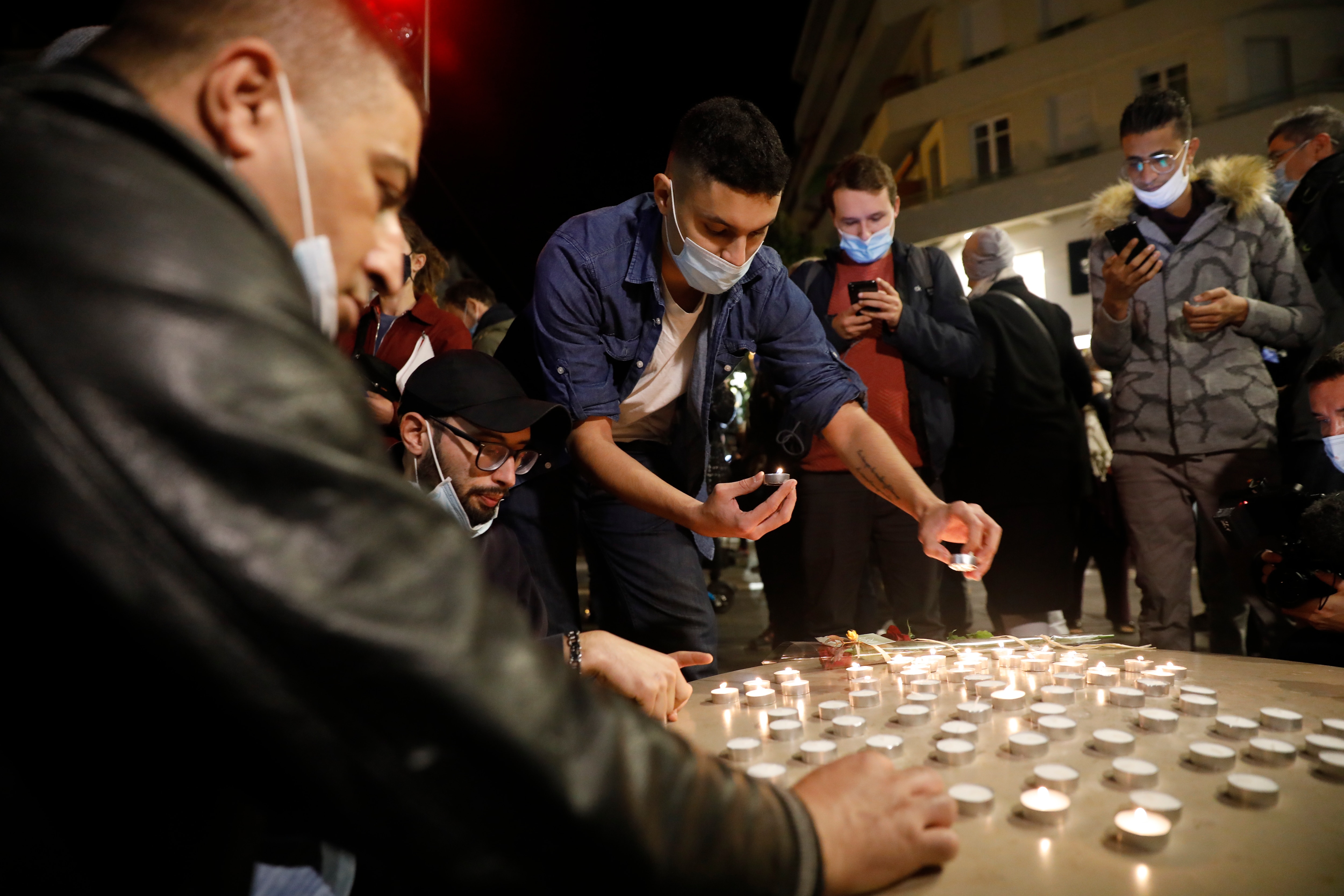 The knife attack in a Nice church on Thursday promises to deepen the confusion, despite Muslim leaders’ condemnation of the killer. Naziha Mayoufi, a member of LES Musulmans, an association of Muslim groups and mosques, said she felt “dread and infinite sadness for the families of the victims, for our Catholic friends.”

But she said that after the attack on Thursday, she feared politicians and commentators would feel even more entitled to label Islam an “enemy from within.”

“As Muslims,” she said, “we pay the damages of those two forms of extremism.”

The bewilderment among France’s Muslim community is particularly pronounced in Ivry-sur-Seine, the working-class suburb east of Paris where Mr Belabbas grew up and where several thousand Muslims have integrated economically and socially since the 1950s.

“Everything that has been said and done suggests that we Muslims are all targeted, that we are all likely to be related to this new paradigm of ‘separatism,’ that we are all suspected,” said Mohamed Akrid, the president of Annour, an organisation that is overseeing the building of a mosque expected to be completed in 2023.

Since 2004, Muslim worshipers in Ivry-sur-Seine have had to make do with a dreary gym and a tent that the city hall has lent them to welcome the 2,000 or so people who attend Friday prayers.

Mr Akrid acknowledged that Islam in France had been outflanked by radical factions that have a powerful influence on young people, especially on social networks. But he added that France’s recent crackdown on Muslim individuals and groups accused of radicalism risked creating more confusion than fighting this pervasive influence.

Mr Darmanin said that the 250 or so police raids last week swept up “dozens of individuals not necessarily related to the investigation” of the beheading but to whom the government wanted to send a message: “Not a minute’s respite for the enemies of the Republic.” He later added that the raids had produced only seven legal proceedings.

“It’s to convey a message,” Mr Akrid said. “But to whom? To these people or to all Muslims?”

It was Mr Darmanin’s comments on ethnic food aisles in supermarkets — such as shelves of halal products — which he said could foster “communitarianism” and lead to “separatism” that raised eyebrows and seemed to suggest that a broader debate on integration was at stake.

“The confusion is hazardous, in the sense that you risk further radicalising certain strains of Muslim society, especially young people, who may feel rejected by such comments,” said Claire Renklicay, a restaurant owner of Kurdish descent who termed the combat against jihadism as “a fight for humanity.”

Mr. Belabbas said that when he grew up in the “Cité Gagarine,” once an ambitious social housing project in Ivry-sur-Seine, “the French model of meritocracy told us: ‘If you work, if you study, if you respect the laws of the Republic, you will have the right to social mobility.’”

But “that didn’t necessarily mean that we had to eat like everyone else, or believe like everyone else,” he said, adding that today’s model instead implied that Muslim customs and practices were incompatible with the laws of the Republic. 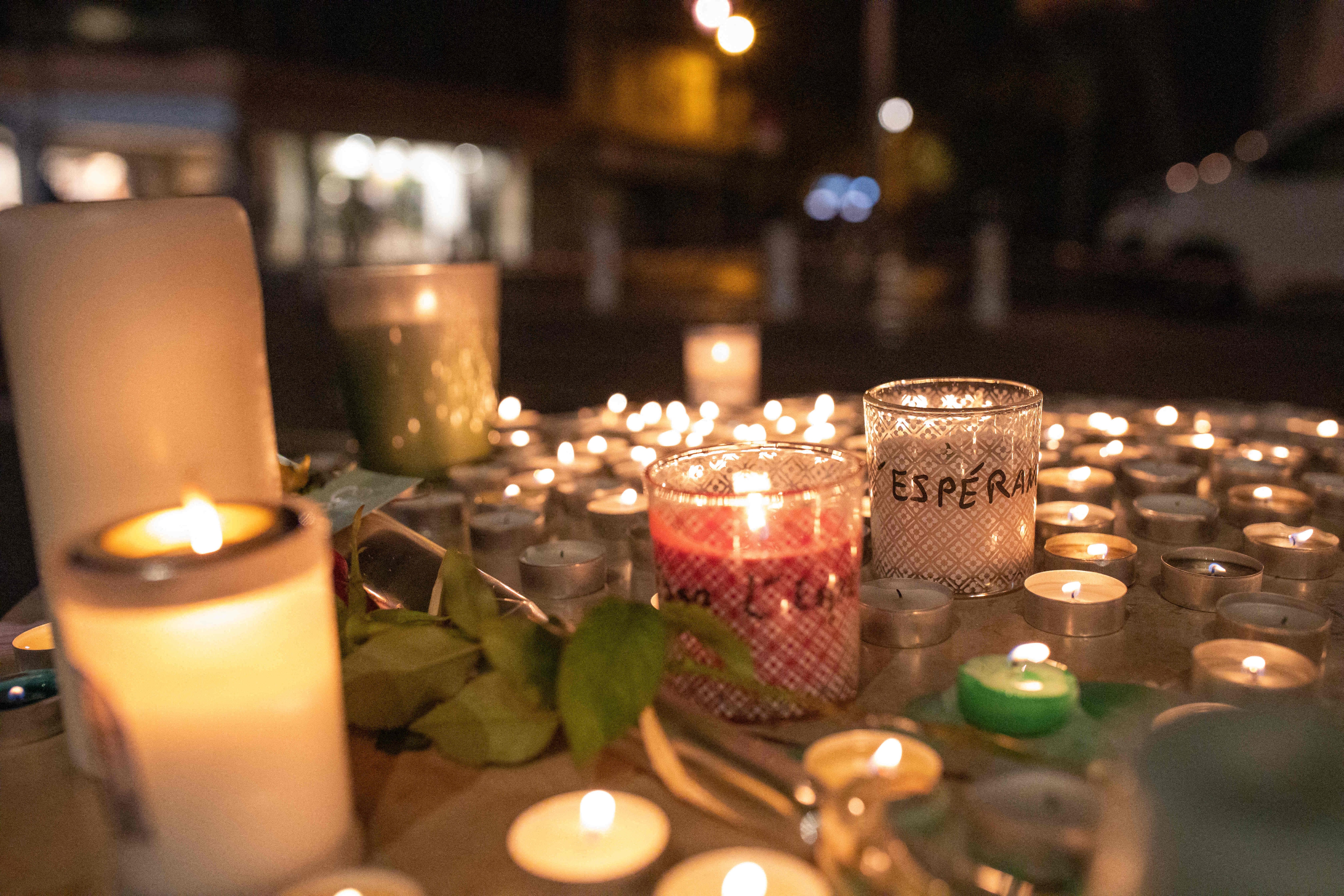 People pay tribute at night in front of Notre Dame Basilica on October 29, 2020 in Nice.
ABACA

Central to France’s convoluted relationship with its Muslim citizens is the authorities’ vow to defend those who publish caricatures of the Prophet Muhammad, as part of its strict laws on secularism that allow blasphemy. But many Muslims, from shoppers at the open-air market of Ivry-sur-Seine to the president of the French Council of the Muslim Faith, have stated their unease with the cartoons, arguing that there should be limits to offence when it comes to religious beliefs.

A poll published in early September indicated that whereas 59 per cent of French people supported the publishing of the caricatures in the name of freedom of speech, only 19 per cent of Muslims agreed.

Vincent Geisser, a sociologist specialising on Islam at the University of Aix-Marseille, said that the current debate reflected a failure of the French model of integration, which used to “be coupled with a distancing or even a break with religion.”

He said that “not only did it not happen, but the opposite has actually taken place,” pointing to the thousands of French Muslims who had integrated into society while retaining their religious practices. This development is considered a “republican betrayal” by some political leaders.

In 2016, a report on French Muslims by the Paris-based Institut Montaigne showed that 70 per cent always buy halal meat and that 65 per cent are in favour of the hijab, the veil or head scarf that many Muslim women wear but which has sparked years of disputes in France.

For young Muslims who fail to assimilate, said Hakim El Karoui, the author of the report, “the question is, ‘Who am I?’ And the answer is, ‘I’m a Muslim.’” 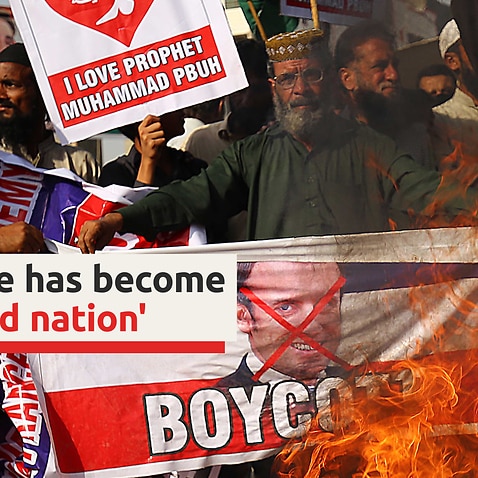 He added: “They’re going to want to make the religious identity their first identity.”

But in the shock following the teacher’s beheading and now the terror attacks, several prominent imams and representatives say they have grown aware of their responsibility to make sure a peaceful version of Islam is promoted in mosques and to call on Muslims to publicly support Mr Macron’s fight against “Islamist separatism".

Sitting next to the plans of the future mosque in Ivry-sur-Seine, a modern 20,000-square-foot building that will include prayer rooms, classrooms and a library,  Mr Akrid said that many young people were ignorant about religion “and are going to educate themselves on social networks, at the mercy of manipulators.”

Mr Akrid said that he agreed with the need for Muslims to enter the public debate and to work toward a better understanding of religious texts. But he added that France’s assimilation policy, which tends to deny differences, could contradict such a role.

“We are asked to do two contradictory things at once,” Mr Akrid said. “To step aside and to show up.”