Senator Richard Colbeck has defended his decision to decline a COVID-19 committee hearing on the same day he went to the fifth Ashes Test match in Hobart. 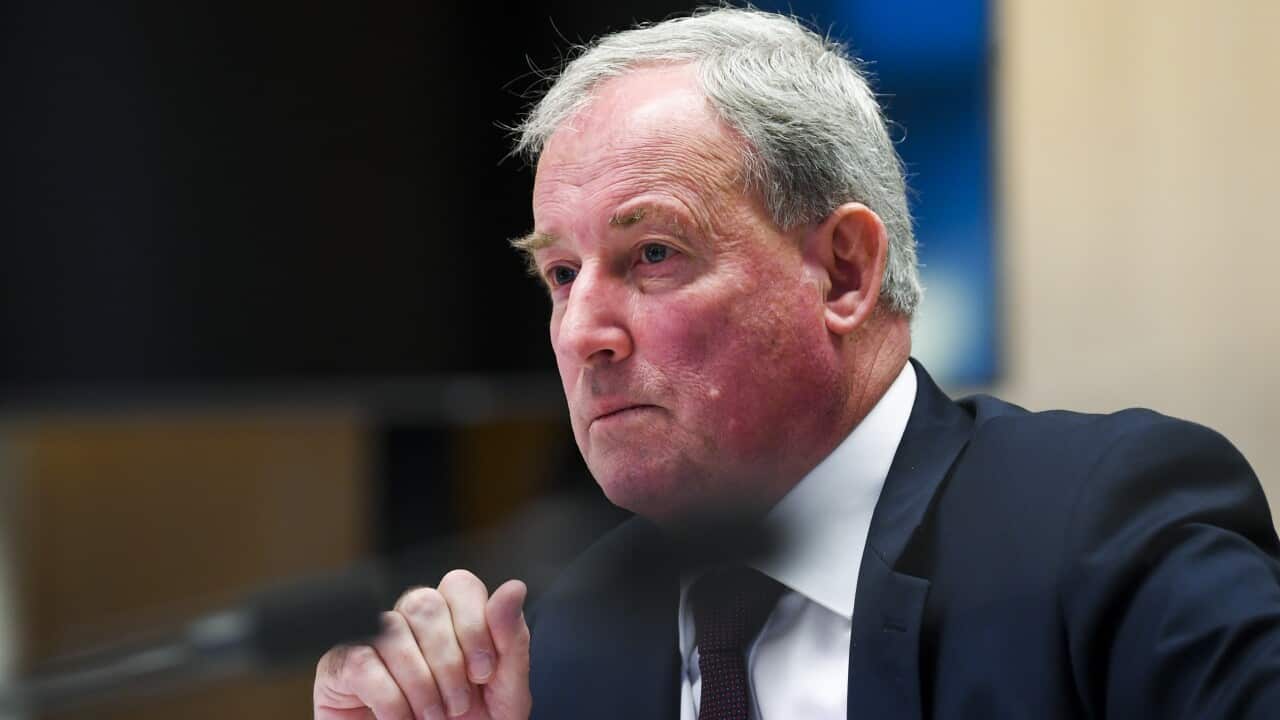 Federal Aged Care Services Minister Richard Colbeck has been accused of "arrogant complacency" for going to a cricket match on the same day he declined to attend a COVID-19 committee hearing.

Senator Colbeck, who also holds the sport portfolio, said he and department officials would not attend a Senate hearing on 14 January because diverting time and resources away from the outbreak response would "impact the urgent and critical work the department is undertaking".

But his register of interests showed he accepted tickets to the Ashes Test in Hobart for three days beginning on 14 January.

Committee chair Katy Gallagher said the crisis in aged care facilities had seen thousands of COVID-19 cases, with staff "working their fingers to the bone".

"People in aged care who are living through this crisis would find that a bit hard to stomach while the system is in crisis," the Labor senator told the ABC on Wednesday.

"We took that at face value, that he was working hard on this and having a hearing would disrupt that work, only to find out he was at the cricket not for one day, but three days."

Senator Colbeck has defended his actions, saying he dialled into a number of COVID meetings on the same day.

A spokesperson for Senator Colbeck said in a statement that on 14 January, he had engaged in meetings with the National COVID Vaccine Taskforce led by Lieutenant General John Frewen.

He said he also held a meeting with the aged care quality and safety commissioner and acting secretary of health on aged care matters, including current outbreaks, and also met with the deputy chief medical officer.

"At a time when the Australian Government continues to work to protect the lives of senior Australians in care, attempts by the Senate Select Committee on COVID-19 to redirect resources away from the Department of Health for political purposes is of serious concern and should be noted by Australians as we navigate the impact of the pandemic," the spokesperson said.
READ MORE
COVID-19 outbreak at Sydney's Villawood detention centre grows
The spokesperson also said Senator Colbeck's decision to attend the Ashes Test in Hobart was part of his commitments as sports minister and a senator for Tasmania.

"It should also be noted, play for the day/night match did not start until late afternoon," he said.
But Senator Gallagher said it appeared the minister was refusing to prioritise answering questions that people in the sector were demanding responses to.
"The government doesn't want to attend or has things they don't want questions asked about because I've never experienced such difficulty in getting officials and ministers in place to answer questions," she said.

"It displays an arrogant complacency which is out of touch with people's real-life experience of the aged care system."

Senator Gallagher said it was the responsibility of officials to make sure they were available to be held to account by the parliament, despite the challenges being faced by the system.

"This is a responsibility of very well paid senior public servants and ministers who are required to do their job," she said.