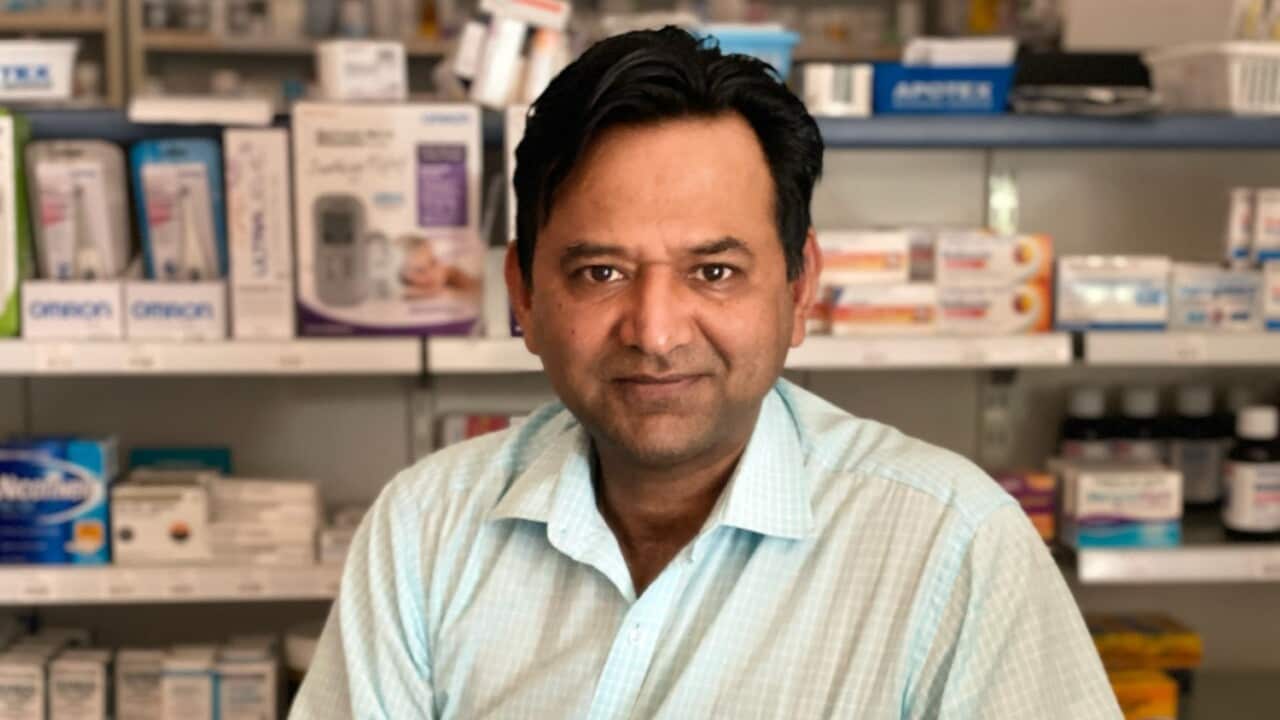 Raj Gupta's home went up in flames during
this week's NSW South Coast bushfires
and his town of Malua Bay remains severely damaged, without power and mobile service.

Advertisement
Raj Gupta has not plans to close his pharmacy. Source: SBS News

We can't take payments, but that's not much of a concern Raj Gupta

READ MORE
From Bernie Sanders to Bette Midler: The world reacts to the bushfires