Another man missing near Lithgow as blaze claims several buildings

A man who lives on a remote property east of Lithgow in NSW is missing after a bushfire ripped through the region. 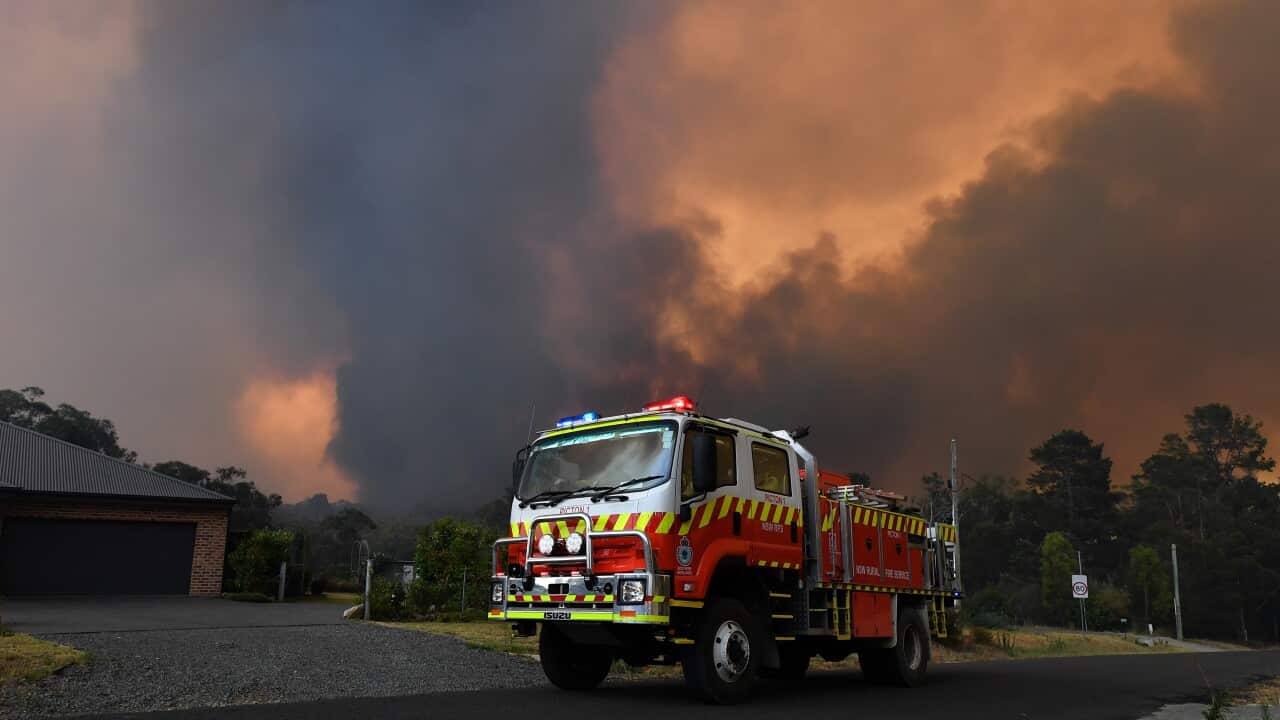 NSW Rural Fire Service crews prepare for the Green Wattle Creek Fire as it threatens homes in Yandeera in the south west of Sydney. Source: AAP

NSW police say a man is missing from the rural village of Bell after a huge bushfire tore through the Lithgow area destroying dozens of buildings.

The man in his 60 or 70s lives on a remote property in Bell and the area was engulfed in fire on Saturday, NSW Police Chief Inspector Chris Sammut said on Sunday.

Another elderly man who had been missing from neighbouring Dargan has been located "safe and sound", the Rural Fire Service tweeted on Sunday morning.

Advertisement
He was found at an evacuation centre in Lithgow which was threatened by the huge Gospers Mountain megafire over the weekend.

Chief Insp Sammut said the man who was still unaccounted for lived on one of the remotest properties in Bell.

"He may have self-evacuated or went to stay with friends and we want the public to let us know any information they have to assist us locate this missing person," he told AAP.

Horses are seen in a paddock as the Gospers Mountain Fire impacts Bilpin. Source: AAP

Chief Insp Sammut confirmed up to five properties were burned in Lithgow on Saturday while about 30 buildings were lost in Clarence and Dargan.

Those numbers include sheds and other structures.

About 350 residential homes in Lithgow remained without power on Sunday afternoon.

"Shout out to our men and women working tirelessly looking after people's lives and properties," the member for Bathurst told AAP after a briefing at the local fire control centre.

READ MORE
'In memory of Geoff and Andrew': Grief-stricken firefighters back on frontline

Colleague Sam Farraway MLC was also updated on the situation on Sunday.

"The result today is a testament to all our agencies coming together to support our mighty RFS.

"We are concerned about those missing person and properties list."

NSW Ambulance chief executive Dominic Morgan said a number of firefighters suffered heat exhaustion on Saturday while battling the 112 fires, which were having a "big impact" on demand for emergency services.

Mr Fitzsimmons added one firefighter at Lithgow had been treated for smoke inhalation and another at Gospers Mountain was struck by a car.