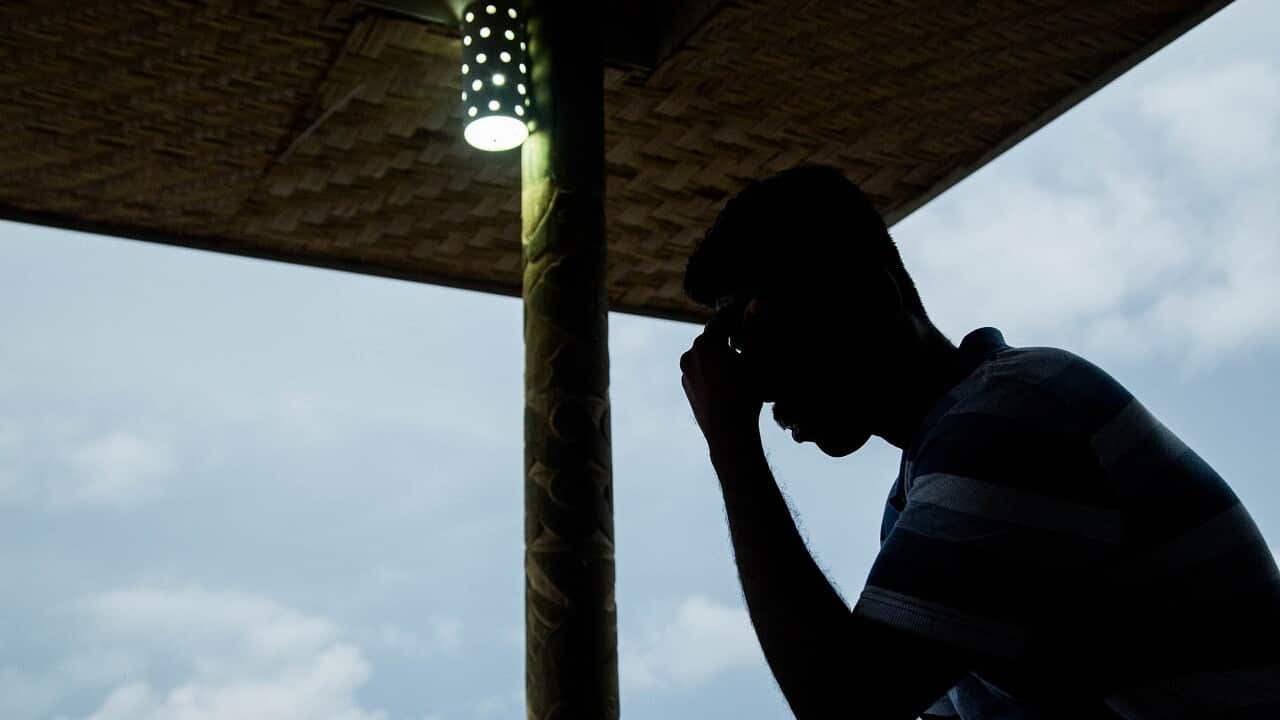 An asylum seeker on Manus Island before the facilities closed. Source: AAP

He also voiced concern for the welfare of the dozens of men whose asylum claims have been rejected that are being "held incommunicado"
in the high security Bomana detention centre
.