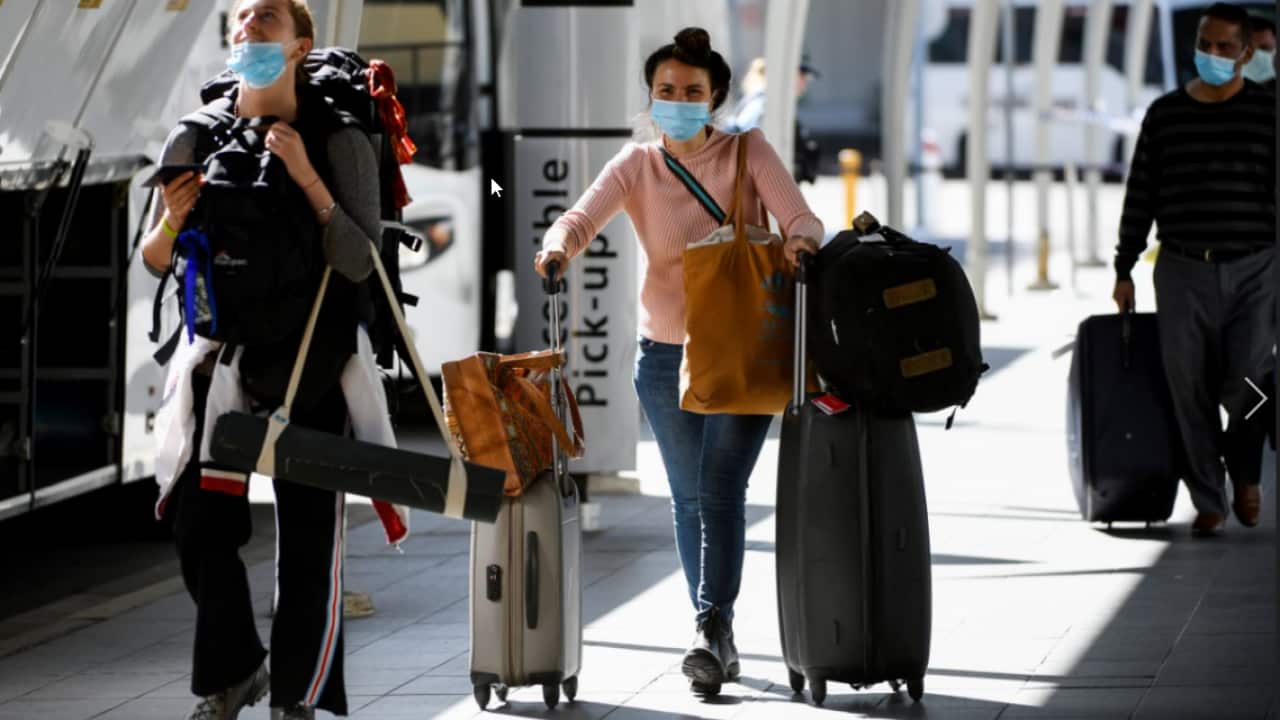 Australian residents returning from India are ushered towards waiting busses for the beginning of their 14-day imposed quarantine. Source: AAP