An agreement by G7 leaders to end government support for coal-fired power stations has left Australia isolated on climate change. 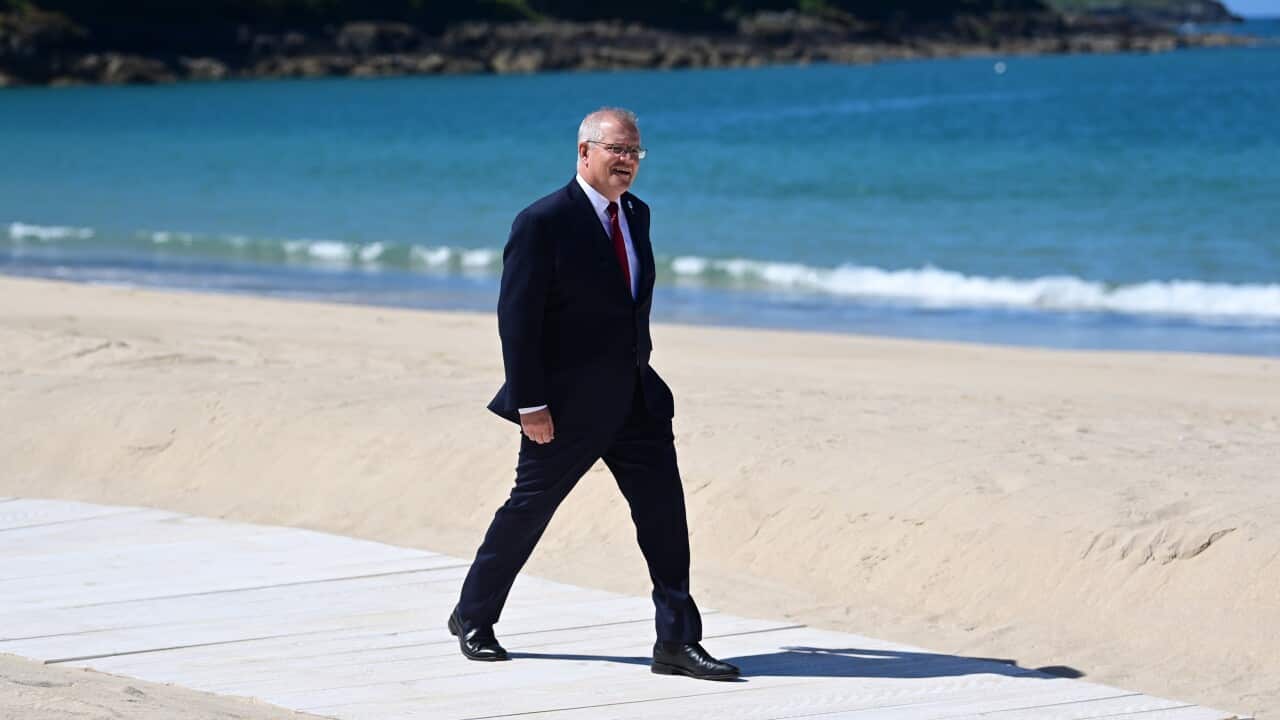 Australia has become even more isolated on climate change after the heads of the world's largest economies agreed to end government support for coal-fired power stations by the end of the year.

The statement was not designed to single out Australia but highlighted Scott Morrison's outsider status on climate change.

It also made it more difficult for the prime minister to continue resisting calls to commit to achieving net-zero carbon emissions by 2050.

The climate statement is likely to enrage strident coal supporters in the Liberal and National parties.

Labor leader Anthony Albanese said the summit showed Australia was increasingly falling behind the rest of the world.

"Here we have all the world's major powers, the G7, all committing to net zero emissions by 2050 and Australia being isolated in our opposition to that," he told reporters.

He said the prime minister needed to explain why money was being spent on a feasibility study for a new coal-fired power station in Queensland.

Deputy Prime Minister Michael McCormack said while Australia was not a signatory to the G7 communique, it was committed to lowering emissions and keeping power prices affordable.

"We will decide what's best for Australia in Australia's national interest," he said.

The G7 leaders backed calls from the United States and Australia for a new investigation into the origins of coronavirus, following renewed speculation the deadly virus escaped from a lab in China.

The leaders proposed a new scheme to force countries to declare outbreaks much sooner.

The prime minister's key meeting at the G7 summit was with US President Joe Biden.

But
in a surprise development, British Prime Minister Boris Johnson turned up for the 40-minute conversation
.

The leaders issued a joint statement after their meeting that highlighted a changing strategic context in the Indo-Pacific and the need for deeper cooperation between the three countries.

Mr Morrison also held one-on-one meetings with the leaders of Japan, Germany and South Korea while in Cornwall for the summit.

After the weekend conference, he travelled to London for trade talks with Mr Johnson.