A group of Australians with disabilities have travelled to Geneva to tell a UN committee about their experiences of discrimination and call on the government for more support for the community. 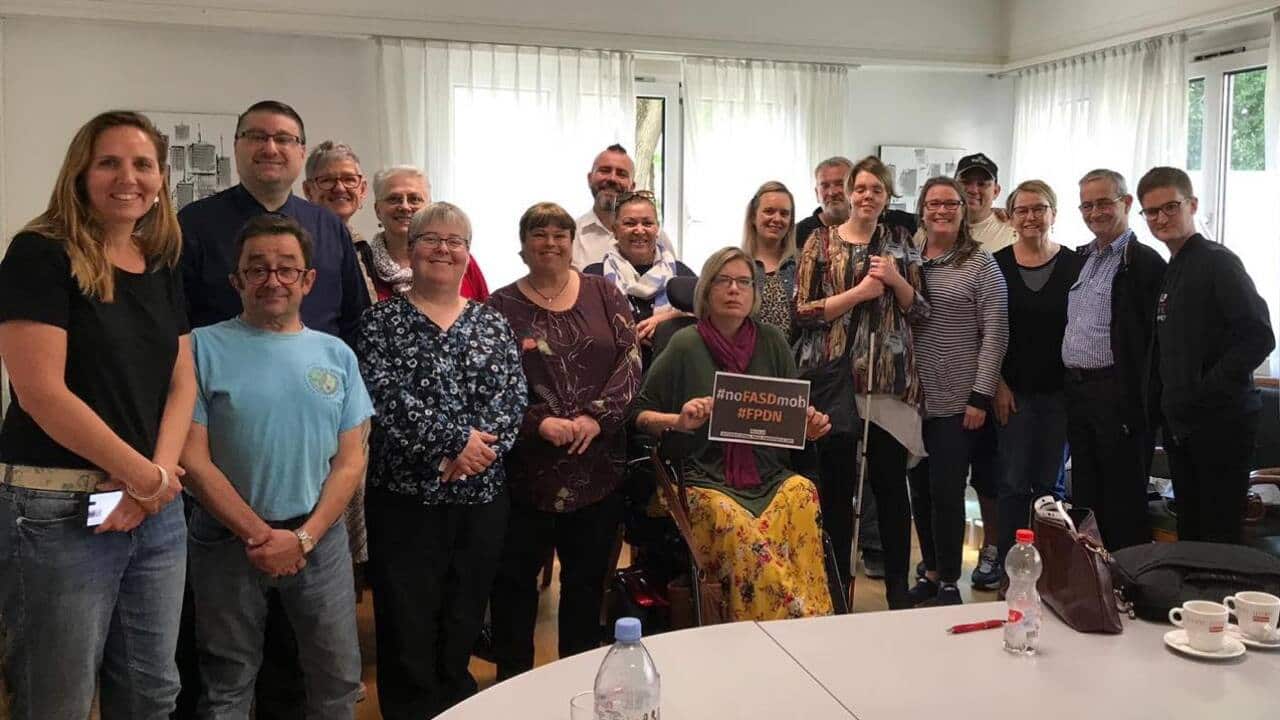 ‘Discriminatory’ migration rules
, institutional abuse, and the treatment of Indigenous people are some of the key issues facing Australians with disabilities, a group of seven advocates have told the UN in Geneva this week.

As the Australian government prepares to deliver its progress report to the
UN Committee
that oversees the implementation of the Convention on the Rights of People with Disabilities (CRPD) on Thursday, the delegates say Australia still has a long way to go when it comes to disability rights.

“We should be experiencing more choice, more freedom, more control over our lives and that isn’t happening at the moment,” one of the delegates, Kelly Cox, told SBS News from Geneva.

Advertisement
Kelly Cox at the UN in Geneva. Source: Supplied

The 40-year-old from Ballina in NSW, who uses a wheelchair, believes more needs to be done to hold the Australian government to account but also to inform the public about the often hidden barriers facing people with a disability.

“The NDIS gets so much attention at the moment that the larger part of Australia probably thinks that things are alright for disabled people in Australia - and it’s just not the case,” she said.

Ms Cox said one of the areas where people with disabilities are not getting the support they require is in women’s health and domestic violence services.

“We continue to experience violations of our sexual and reproductive rights, including forced sterilisation, forced contraception and forced abortions,” she said in her opening statement to the committee this week.

The Australian delegation give their opening statements. Source: Supplied

According to Ms Cox, women with disabilities also suffer from a lack of pathways out of abusive relationships, often because women’s refuges are not physically accessible.

'Discrimination' against migrants with disabilities

The seven delegates gave evidence to the committee earlier this week from a report titled
Disability Rights Now 2019
, which was
prepared ahead of the 42nd session of the UN Human Rights Council
with the hopes of communicating the concerns of Australia’s disabled community.

Among other key recommendations, the report calls on the government to end “discrimination against non-Australian people with disability seeking to enter or remain in Australia”.

Currently, the government’s
immigration health requirement
prevents any migrant with an illness, disease, or intellectual or physical disability from obtaining a visa if it is deemed their condition will be too costly to the Australian taxpayer or put the general public at risk.

“Almost all visa applicants must satisfy the health requirement in order to be granted a visa, which has been found to indirectly discriminate against people with disabilities,” the report reads.

The UN Committee has previously identified the migration health rules as a matter of concern.

The Department of Home Affairs told SBS News in August the migration health framework was "pragmatic and balances compassion and cost containment" by making health waivers available for some visa subclasses.

Co-leader of the delegation and CEO of the First Peoples Disability Network, Damian Griffis, said another issue was the high rates of Indigenous Australians with a disability who end up in the justice system.

“For my people, the First Nations peoples, we experience rates of disability that are at least twice that of the general population,” he told the committee.

“Australia is one of the wealthiest countries in the world, ranked third on the UN Human Development Index. However, people with a disability do not enjoy the same high standard of living or the same respect for human rights, with high rates of poverty and unemployment.”

Addressing the committee,
Australian Disability Discrimination Commissioner Ben Gauntlett
said Australia had made “some progress” in implementing the CPRD since it’s last appearance before the committee in 2013, but identified a number of human rights issues that remain, including forced sterilisation, abortion and administering of contraceptives.

A number of UN human rights bodies have previously emphasised Australia’s obligations under the CPRD to stop the practice of forced sterilisation.

After the government delivers its progress report on Thursday and Friday, the UN committee will release a statement on Australia's implementation of the CPRD.

Earlier this year,
Prime Minister Scott Morrison announced a $527 million royal commission
to investigate instances of violence, abuse, neglect and exploitation affecting people with a disability, after years of campaigning by advocates.

"As my brother-in-law, Garry also said to me, it is not flash being disabled but the good thing is that that's the condition you live with in Australia and that you're an Australian," Mr Morrison said during the announcement in April.

"That has always meant a lot to me. They deserve our respect. This is so above politics, I can't tell you."

“Regardless of whatever the committee comes back and recommends, what I really hope is that Australia actually takes the feedback onboard and does something about it,” Ms Cox said.