Fiji has firmly told Australia to shift away from coal and fossil fuels because climate change is hurting Pacific island nations. 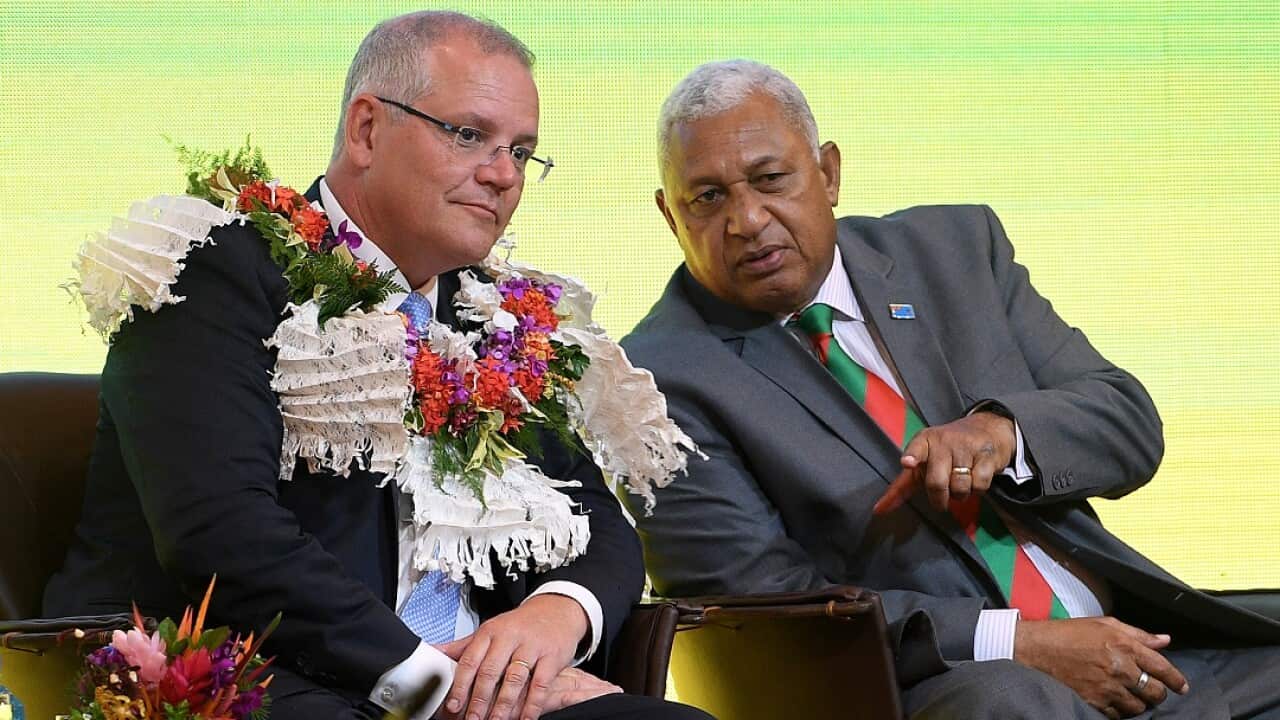 Australia must not put the interests of a single industry above the lives of Pacific nations battling climate change, Scott Morrison has been firmly told.

At an official dinner in Fiji to mark a newly announced partnership between the two nations, Fijian Prime Minister Frank Bainimarama explicitly told Australia to do better.

Advertisement
He said the only way to guarantee the survival of Pacific island countries was for Australia to shift away from fossil fuels.

"I urged your predecessor repeatedly to honour his commitment to clean energy," Mr Bainimarama said on Thursday night in Suva.

"From where we are sitting, we cannot imagine how the interests of any single industry can be placed above the welfare of Pacific peoples and vulnerable people in the world over.

"Rising seas threaten whole communities, forcing them to endure the trauma of relocating from land they've endured for generations.

"Fijian farmers are watching their crops perish in soil that has been spoiled by the heightened salinity that is associated with sea level rise."

Mr Bainimarama said the evidence of climate change was clear in the disappearing coastlines in Bangladesh and worsening flooding in the United States.

"And in Australia as well, where soaring temperatures have reached record highs in several major cities just this week," he said.

"This cannot be written off as a difference of opinion.

"Consensus from the scientific community is clear and the existential threat posed to Pacific island countries is certain."

"You have heard him speak passionately about this-this evening and it was that same passion he took into the leadership of the COP process over the past 12 months."

But he said Vanuatu's leaders had not asked Australia to do more to curb emissions.