The federal government says it will abolish the 457 visa program that allows skilled foreigners to work in Australia. 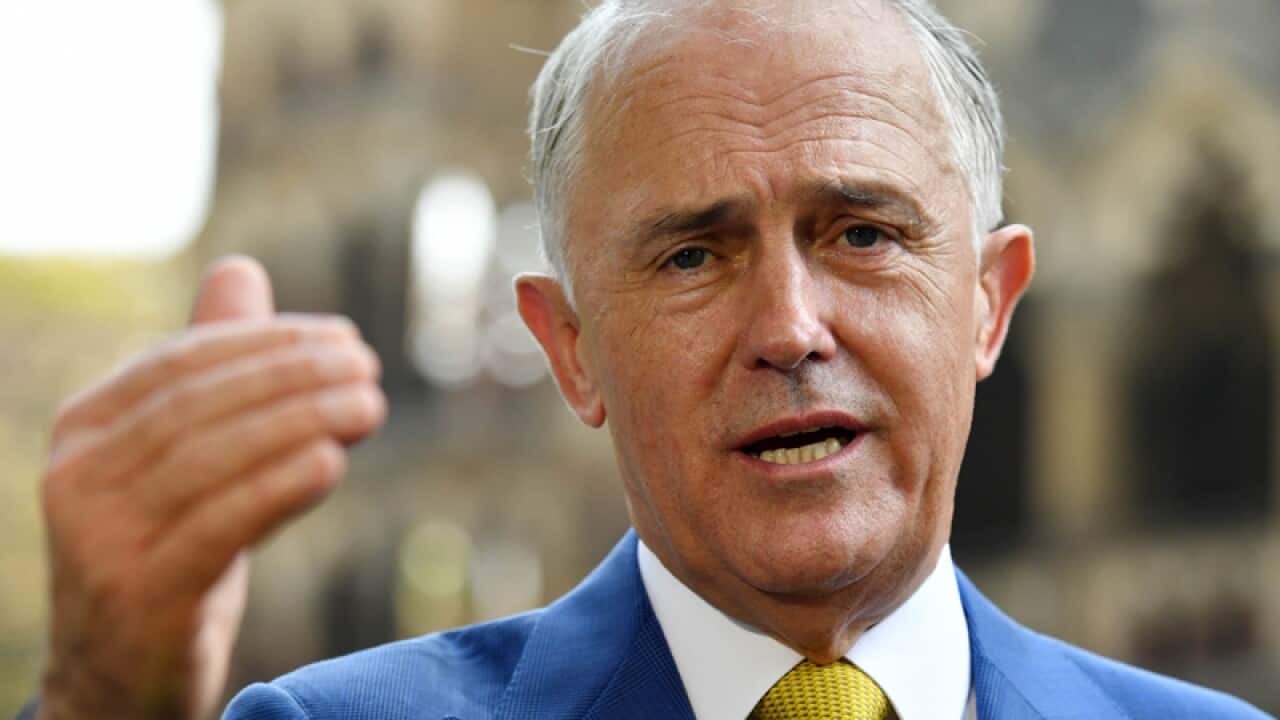 Malcolm Turnbull has announced he is abolishing the 457 visa program for skilled migrants.

The prime minister said Australia was a successful multicultural "immigration nation" but it was time to put Australians first.

"The fact remains Australian workers must have priority for Australian jobs," he said in a video posted to Facebook on Tuesday.

Advertisement
"We will no longer allow 457 visas to be passports to jobs that could and should go to Australians."

Mr Turnbull said it remained critical to give businesses access to skilled staff.

The 457 visa will be replaced initially by a new temporary two-year visa specifically designed to recruit the "best and the brightest in the national interest", Mr Turnbull said.

"The fact remains Australian workers must have priority for Australian jobs."

Under the government's plan the list of 650 occupation classifications that qualify for a temporary visa will be reduced by 200.

The new visas will require applicants to have previous work experience.

Immigration Minister Peter Dutton said the new two-year visa would not allow permanent residency, but anyone now in Australia on a 457 visa will not be affected by the new arrangements.

His office confirmed with SBS News the new program will be “phased in” starting on Wednesday and fully operational by March 2018.

"Make no mistake, the only job Malcolm Turnbull cares about saving is his own," he wrote.

“The last time the Coalition was in government they got rid of all Labor market testing around these visas.”

Labor is linking the announcement to former Prime Minister Tony Abbott’s five-point plan announced on Monday, which included a push to ban immigration, albeit temporarily.

“You’ve got Malcolm Turnbull releasing a one-point plan to save one job, and one job only, his own,” Mr Husic said.

However both have used the announcement to increase pressure on state and federal governments over skills training.

Senator Xenophon said the replacement of the 457 scheme was a “welcome change” in seeking a "long term solution which means more Australians being trained”.

"This gives us an opportunity to revamp and revitalise our apprenticeships and skills training in this country which I think has been neglected for too long, in part because of the reliance on 457 visa holder,” Senator Xenophon said.

Senator Hanson claimed credit for prompting the policy change by the government.

She also used the announcement to call for the government to “ensure Australia has the skilled labour it needs in the future”.

What will replace the 457 scheme?

* The 457 scheme will be replaced by two new temporary skilled worker visas - a short and medium term program;

* The short-term, two-year visa will have an optional two-year extension available before a visa-holder must leave the country to apply again;

* The short-term visa program will offer no prospect of permanent residency;

* The number of occupations targeted under the scheme will be reduced by 200 compared to roughly 650 classifications included in the 457 visa program;

* These workers will be able to apply for permanent residency;

* The four-year visas will require a higher standard of English language skills;

* Two years work experience will be required for both visas (which is not the case at the moment);

* In the majority of cases, mandatory labour market testing will be required; and

Watch: Visas by the numbers