As Italy becomes the first country to declare a nationwide lockdown amid the rapid spread of the coronavirus, Australians in the small European country say they don't know what their future holds. 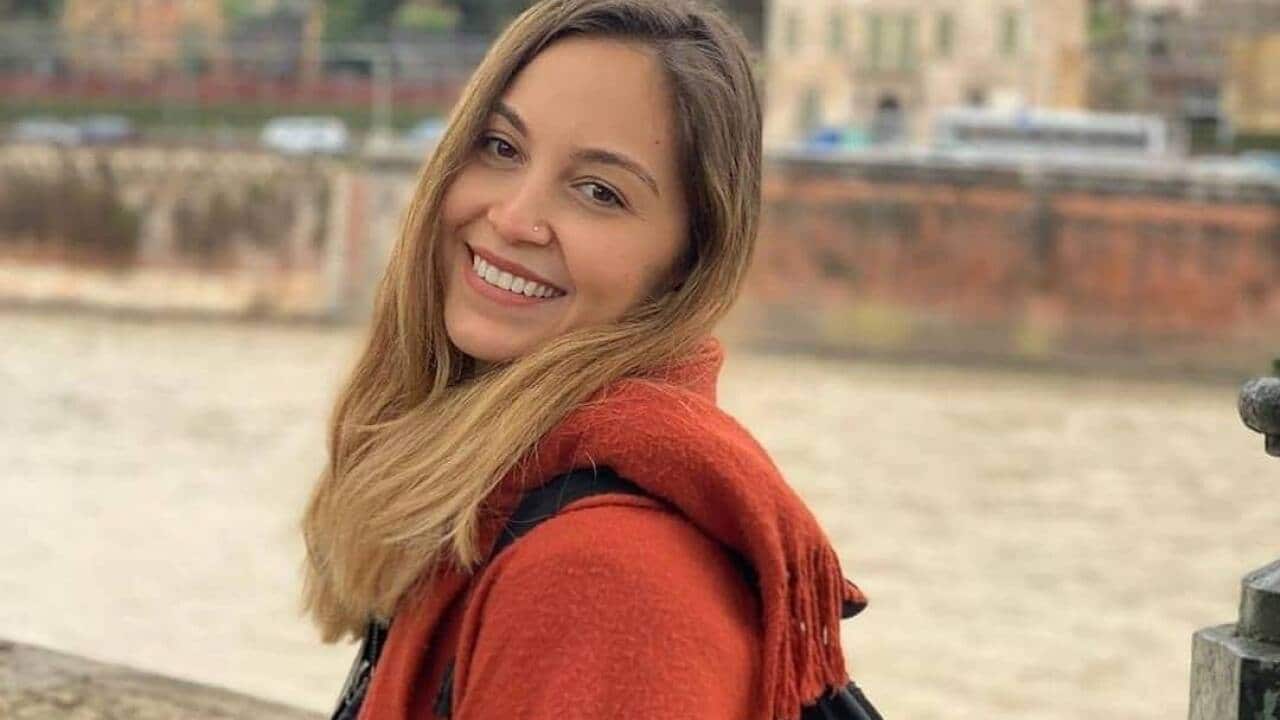 Melis Aktas' plans to return home to Australia have been thrown into chaos after the entirety of Italy was put in lock-down. Source: Supplied

Australians in northern Italy are among
millions of people locked-down in the European coronavirus epicentre
after the government became the first in the world to declare a nationwide travel ban aimed at stopping the rapid spread of the disease.

On Tuesday morning, Italy's Prime Minister Giuseppe Conte made the unprecedented decision to place the entire country in quarantine, days after the northern Lombardy region was put in lockdown, as the number of COVID-19
infections jumped from 7,300 to more than 9,000
.

The
country's 60 million citizens and visitors are now barred from leaving the country
, unless for work, medical reasons or emergencies until 3 April, as Mr Conte described it as Italy's "darkest hour".

"All the measures of the red zones are now extended to all of the national territory," he said, also declaring a ban on all public gatherings, including sporting events.

“The right decision today is to stay at home. Our future and the future of Italy is in our hands. These hands have to be more responsible today than ever before."

University student Melis Aktas was planning to return home to Sydney later this month after two years studying at the University of Bergamo, approximately 50 kilometres northeast of Milan, but the travel restrictions now mean she's stuck in Italy until further notice.

Speaking to SBS News minutes after the countrywide lockdown was announced, Ms Aktas said she was "definitely freaking out a little" but was more worried about how her parents in Australia would react to the news.

"I think being on the outside watching is scarier at the moment because the news is constantly focused on here. It's frightening for those with loved ones here," the 27-year-old psychology student said, adding that the area where she lived was a "ghost town".

The "question on everyone's mind at the moment", she said, was whether foreign governments would assist in evacuating their citizens from Italy if the lock-down was extended for months, like China's Hubei province which has been in lockdown since late January.

"Would the Australian government evacuate us? Or would any of the expat's countries give that option? I'm not too sure, but I think if this lockdown went for over a month or two I would take that option."

The Australian government has not announced any plans to evacuate Australian nationals in Italy, but told SBS News last month that they were "ready to offer consular assistance to any Australian citizen" if requested to do so.

In the meantime, Ms Aktas said she was struggling to remain informed about the spread of the virus due to her inability to understand Italian and the limited English news broadcasts. As a result, she's been relying on Italian-speaking friends to provide her with updates.

"When you turn on the news you see police patrolling borders but you are not completely sure of what is happening," she said, adding that she's stocked up on food and has tried to remain inside her apartment for the past two weeks.

"We're in a really confused state ... I'm not too sure what's going to happen in the future."

Antony Curnow, a 26-year-old from Adelaide, also said he had spent most of the last two weeks inside after moving to Milan in December on a working holiday visa.

He said he had seen a "bit of panic" after the restrictions were declared in the northern regions on Sunday, leading to people taking the threat more seriously.

“It certainly feels a lot more real,” he told SBS News from his Porta Romana apartment in central Milan, late on Monday evening.

“With the quarantine coming into effect it’s a bit concerning. I feel fine, but it makes you feel a bit more nervous [being so close to] the city,” he said.

“I went yesterday to the centre of the city for a walk - but even that felt a little unusual. There weren’t many people around.”

Ahead of Tuesday's announcement, the Australian government updated its travel advice for Italy to "exercise a high degree of caution" on 8 March. Advanced screening measures had also been introduced at Australian airports for travellers arriving from Italy.

After the outbreak in Italy was first detected, former Sydney resident Sareena Borthwick said she considered returning home to Australia after seven years abroad, but decided she didn't want to leave her Italian partner behind.

"How can I do that? How could I leave him behind," Ms Borthwick, who also lives in Milan, told SBS News.

The 27-year-old said she had accepted she would eventually become infected with COVID-19, but added that she was more concerned for Italy's elderly population and the capacity of hospitals to handle the outbreak.

"As much as I can keep myself at home, you still need to go out and do things,” she said. "While nobody [I know] at the moment seems to have it, I’m wondering when it’s going to hit.”

Italy currently has the highest number of coronavirus infections outside of China, with more than 460 deaths recorded so far as a result.

Ms Borthwick said while she believes the Italian government is “doing the best they can”, she’s unsure what her immediate future holds.

“I am, in general, worried about how long this could go one for," she said.

“A lot of people are impatient and want to get on with their normal lives. It does get tiring being stuck at home. I don't know how to feel. I don’t know what’s going to happen.”

The Department of Foreign Affairs and Trade have been contacted for comment.