The Australian National University's election study has revealed trust in government has reached a record low. 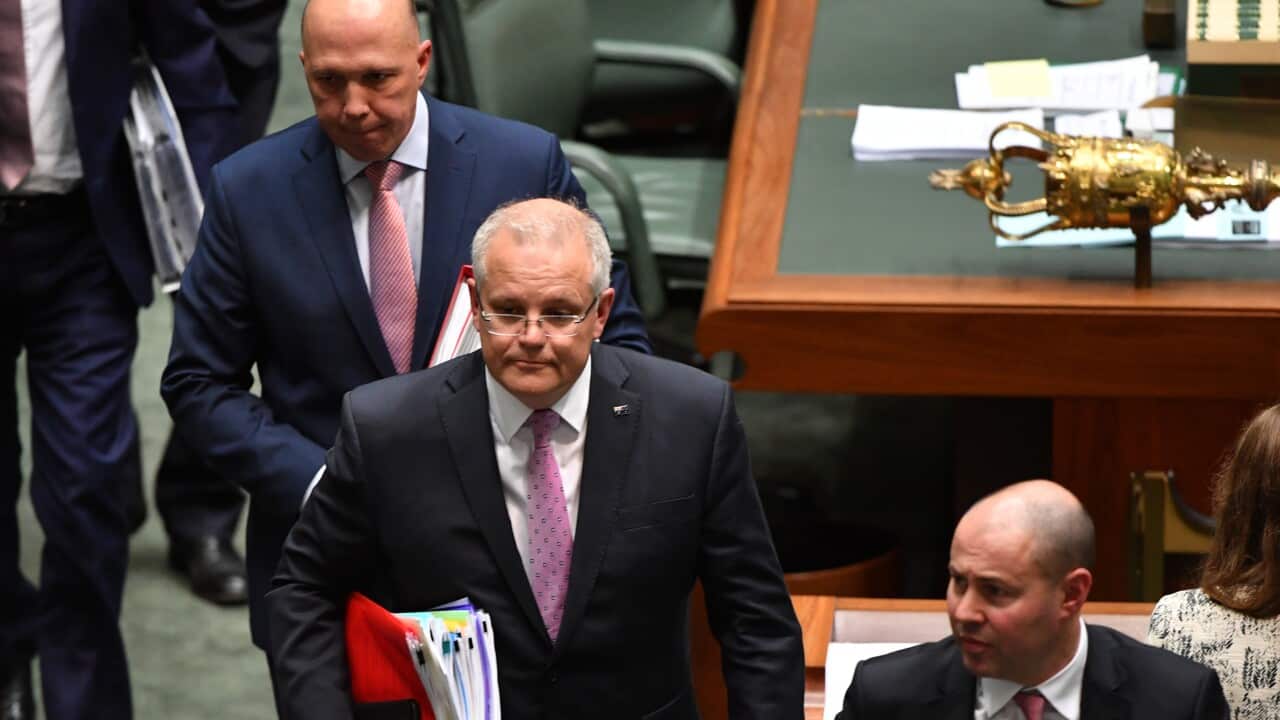 Trust in government has reached an all-time low, with just one in four Australians confident in their political leaders and institutions.

The Australian National University's latest election study also found just 59 per cent of people are satisfied with how democracy is working.

That's down from the record high of 86 per cent in 2007, slightly below the historic low of 56 per cent in the years after Gough Whitlam's dismissal.

Advertisement
"I've been studying elections for 40 years, and never have I seen such poor returns for public trust in and satisfaction with democratic institutions," lead researcher Professor Ian McAllister said.

"There is widespread public concern about how our democracy is underperforming."

Professor McAllister said winning back people's trust was among the most urgent challenges facing political leaders, with faith in democracy taking major hits across the globe.

Morrison most popular leader since Rudd

The study found Scott Morrison to be the most popular political leader since Kevin Rudd in 2007.

Bill Shorten was the least popular major party leader since 1990.

On the 2019 federal election, the report found voters swung to the coalition based on the economy, tax and leadership while Labor had the advantage on environmental issues.

Two-thirds of voters cast their votes on policy, with the economy (24 per cent), health (22 per cent) and environmental issues (21 per cent) the key issues.

The Australian Election Study surveyed a nationally representative sample of more than 2100 voters.

A record number of voters indicated that climate change was the most important issue in casting their vote.

For the first time, following the election on the internet surpassed all other media sources, including television.

More voters saw a major difference between the parties than at any time since 1993.

If a referendum were held to recognise indigenous people in the constitution, 80 per cent would support change.

Support for Australia becoming a Republic reached its lowest level on record at 49 per cent.

Support for abortion rights reached its highest level on record with 73 per cent saying "obtain readily" and 23 per cent in special circumstances.

Prime Minister Scott Morrison has ended the year on a high note by extending the coalition's lead over Labor in the latest Newspoll.

The last Newspoll of the year shows the coalition leads Labor 52 per cent to 48 on a two-party-preferred basis, compared with 51 per cent to 49 a fortnight ago.

Support for the coalition has gone up one per cent to 42 per cent while Labor's primary vote is unchanged on 38 per cent.

The poll follows the last sitting fortnight of parliament where the government was unable to get its union-busting legislation passed and the prime minister was under pressure on Energy Minister Angus Taylor, who is being investigated over forged documents on the Sydney mayor's travel spend.

However, the government was able to repeal the medevac law that was passed before the election.

Mr Morrison remains the preferred prime minister, with a two-point lift in his personal satisfaction rating to 45 per cent, but Opposition Leader Anthony Albanese enjoyed a similar lift, The Australian reports.