The Joint Standing Committee on Migration has called for changes to backpacker visas to address labour shortages in regional Australia. 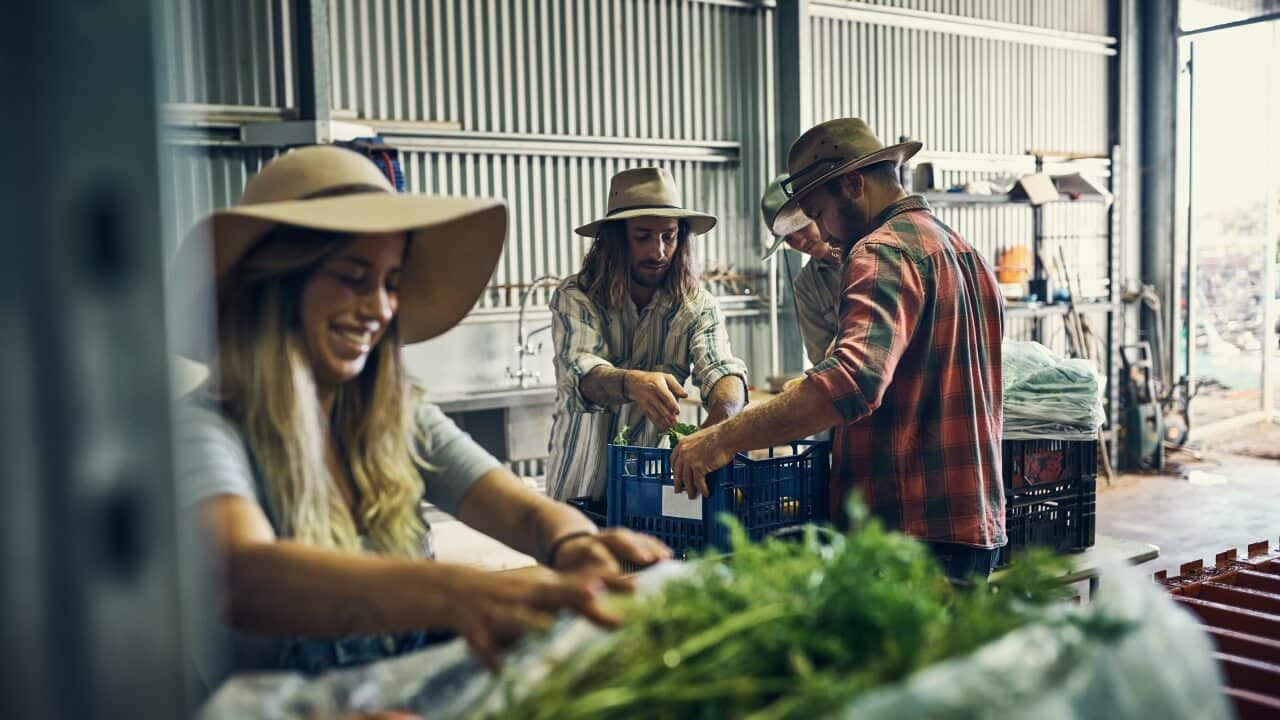 The Joint Standing Committee on Migration has called for changes to backpacker visas to address labour shortages in regional Australia. Source: Getty Images/pixdeluxe

Workers in low-paid farm jobs like fruit picking would be able to stay on the dole under a parliamentary committee's plan to improve backpacker visas.

The Joint Standing Committee on Migration released its final report into the working holiday maker program on Monday.

The report, which was sparked by pandemic labour shortages, called for low-paid farm workers to continue to receive JobSeeker payments.

Advertisement
As well, there should be an extension of age limits for the program to people who passed 30 or 35 while waiting or who were granted visas before coronavirus are included.

Countries with low virus infection rates should be prioritised under a country-by-country approach.

Alternatively, the government could look at giving countries which usually use the program priority for work in high demand.

The committee recommended that over the next 12 months, international students be offered an additional year or two on graduate visas in exchange for working in critical regional industries.

International students should receive cash payments or support for accommodation and transport to working in the country.

People on skill shortage visas and other temporary work permits who have lost their jobs should be able to work in critical industries without a specific sponsor over the next year.

In the same period, that work would count towards the extension of visas or a path to permanent residency.

"The key problem at the heart of this program is that all power rests with the employer to sign off on whether the backpacker has performed the necessary hours to have their visa extended," he said.

Mr Morey said the committee report did nothing except for tinker at the edges.

"The truth is that this visa should be abolished," he said.

"If the agriculture sector can't afford to pay Australian wages it needs to completely rethink the economics of the sector. No industry has the right to subsidise itself through cheap, exploited labour."