Baker Boy has spoken out after he said a number of people had questioned his silence on the Black Lives Matter protests. 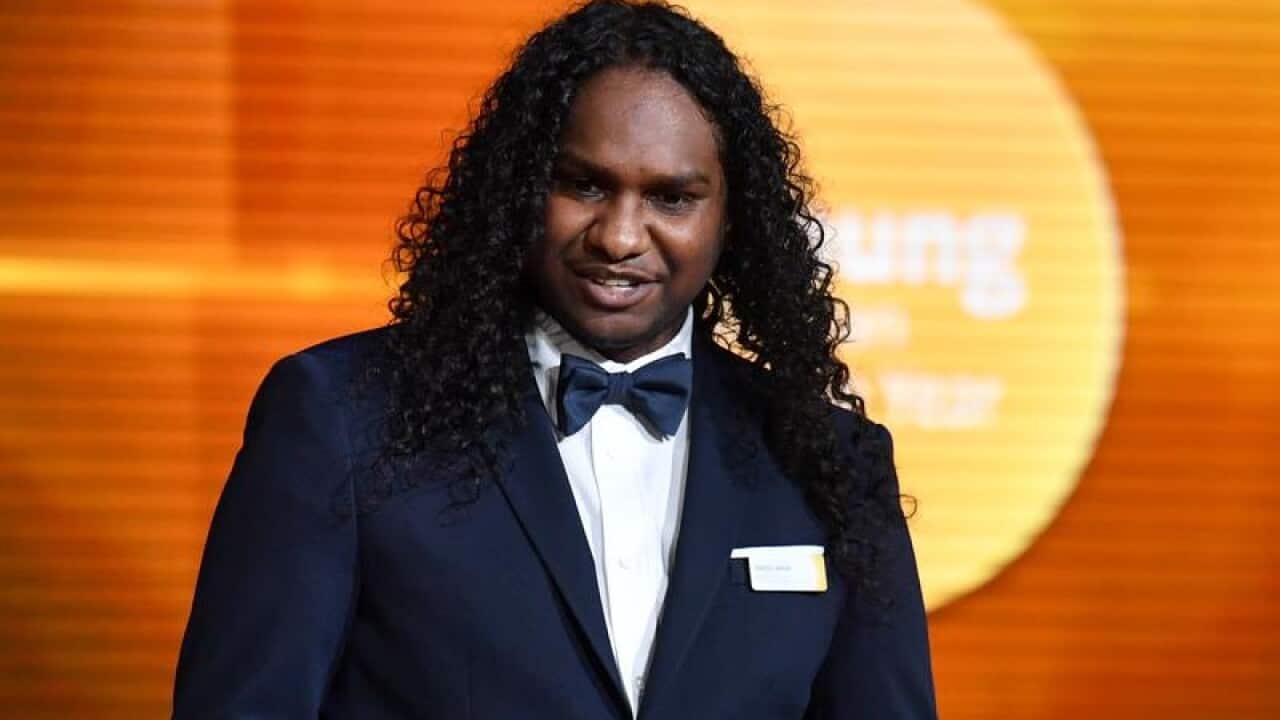 “I am angry. I am scared. I feel every negative emotion that there is to feel about what happened to George Floyd,” Baker Boy said. Source: AAP

Yolngu award-winning rapper Baker Boy has shared a powerful statement about "rampant" racism in Australia in response to the ongoing unrest in the United States over the death of an unarmed black man.

Baker Boy, whose real name is Danzal Baker, made the statement on Instagram addressing the Black Lives Matter movement and pointed to the ongoing racism around the world and in Australia.

“I am angry. I am scared. I feel every negative emotion that there is to feel about what happened to George Floyd,” the statement read.

Advertisement
“I feel these emotions every damn day not just right now when it’s big on the news or trending on Twitter and Instagram.”

US protests calling for an end to police brutality have been raging across the country for over a week following the death of George Floyd at the hands of Minneapolis police in Minnesota.

Standing in solidarity with the Black Lives Matter protests in the US and with Australia’s First Nations people against Indigenous deaths in custody, Australians this week have started to show their support.

Perth led the way on Monday evening
as the first city in Australia to hold a Black Lives Matter rally with
Sydney following its lead
on Tuesday night.

More protests are scheduled over the next week.

Baker Boy, from North-East Arnhem Land, shared some of the difficulties he has in Australia as an Aboriginal man.

“This is my life and I am scared, I have anxiety about going to unknown places like a different café from my usual, not to mention the challenge of touring from fear of racism, that yes, is still rampant here in Australia too,” he said.

With over 430 First Nations deaths in custody since the Royal Commission into Aboriginal Deaths in Custody in 1991, Baker Boy urged non-Indigenous Australians to take the opportunity to educate themselves about their own country.

He urged people to take their activism beyond social media and call out racist "jokes" or behaviour by family members and friends.

Baker Boy, who raps in his mother tongue of Yolngu Matha alongside English, was named the 2019 Young Australian of the Year and Artist of the Year at the 2019 National Indigenous Music Awards.