Former Manus Island detainee Behrouz Boochani, who was granted a refugee visa on Friday by New Zealand, has spoken out against Australia's treatment of refugees. 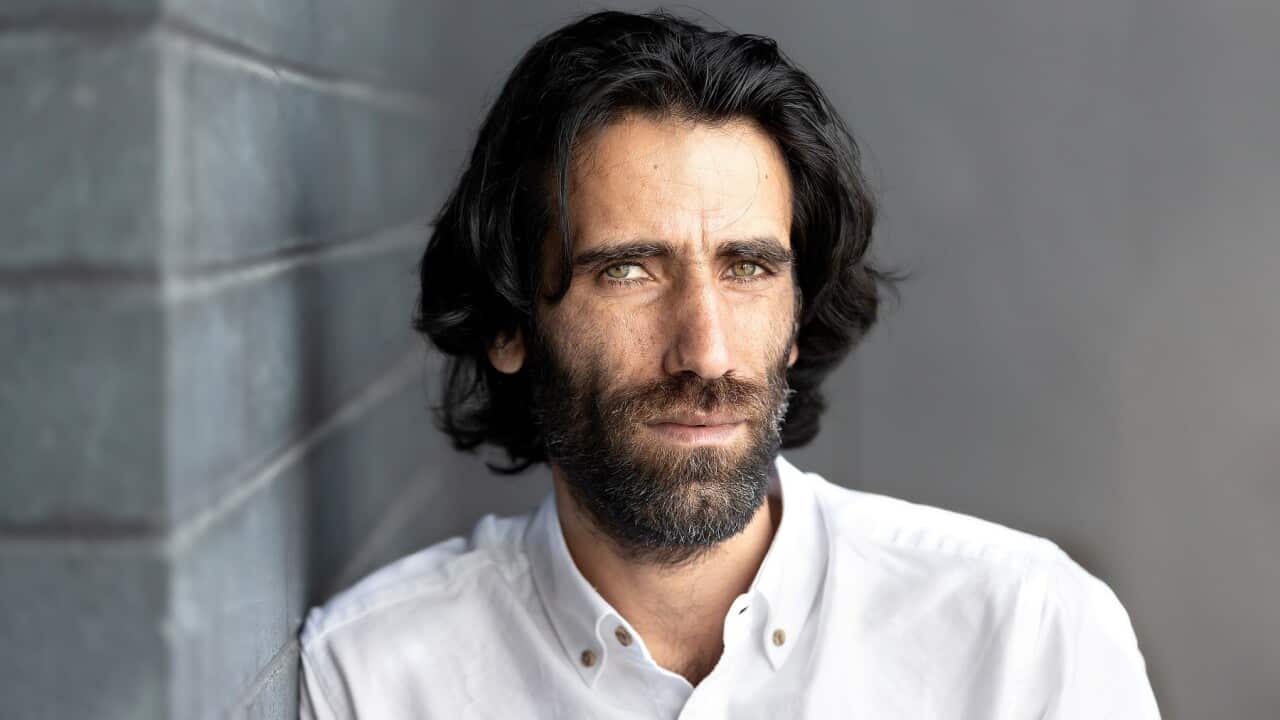 Behrouz Boochani has won his freedom in New Zealand but he can't help thinking of other asylum seekers still stuck inside Australia's "cruel" immigration detention system.

Advertisement
Although he was grateful for the New Zealand government’s decision, Mr Boochani said he struggled to enjoy it while so many other asylum seekers remained in detention.

“It is the end of a long journey for me, but of course I cannot fully enjoy this achievement because I am now in touch with lots of friends who are in detention in Australia, in Port Moresby, lots of people are in Nauru island, which makes me very sad, very angry,” he told SBS News from New Zealand.

“How is it possible that a country like Australia, they have kept these people for seven years and still there is not any clear future for them?”

The 37-year-old Kurdish journalist and award-winning author spent more than six years in Australia's offshore immigration system, where he became a spokesperson for those detained in often-squalid conditions.

From detention, he published his award-winning book No Friend But the Mountains, which detailed the harsh daily realities of life inside the Manus Island facility.

In November last year, he was
enthusiastically welcomed into New Zealand
after being granted a 30-day visitor's visa to speak at a literary festival in Christchurch.

"I think this is the first time that I am happy because I survived," he said at the time.

Mr Boochani overstayed the visa, keeping a low-profile while continuing to live in New Zealand.

On Friday, a spokesperson for Immigration New Zealand confirmed to SBS News that Mr Boochani had been recognised as a refugee under the 1951 Convention Relating to the Status of Refugee and its 1967 Protocol.

Mr Boochani said that, while he now had certainty over his own future, he still agonised over the treatment of other refugees.

“Now I have some certainty about my future I fell stronger and I feel stable. But how can I celebrate that? How can I fully enjoy that and be happy?” he said.

“I know their stories and I was with them for a long time.

"I know how this cruel system tortured them and has traumatised (them) for a long time. Still they are there, they are looking at the city on the balconies of those horrible hotels, and nothing happened for them, they are still unhappy and sad,” he added.

Mr Boochani fled persecution in Iran in 2013, arriving in Australia on 23 July that year.

His willingness to speak out against the conditions inside immigration detention resulted in him becoming the de facto spokesperson for hundreds of other asylum seekers.

He was awarded Australia's richest literary prize, the Victorian Prize for Literature, for his book No Friend But The Mountains.

While still in Papua New Guinea, he was appointed as an adjunct associate professor at the University of New South Wales last September.

Mr Boochani said he now plans to focus on his research projects with several universities in Australia and New Zealand and is also writing some fiction.

“I look at myself as only part of this struggle, we are too many, the refugees and those who are fighting against this system. I am only one of them, what can we do but speak out?” he said.

Amnesty International Australia and the Asylum Seeker Resource Centre on Friday called on the Australian government to release those asylum seekers still held in detention.

"We mustn’t forget there are still hundreds of others stuck offshore who also need to be brought to safety. It’s time the Australian Government did the right thing and ended this cruel policy," Amnesty International Australian refugee coordinator Graham Thom said.