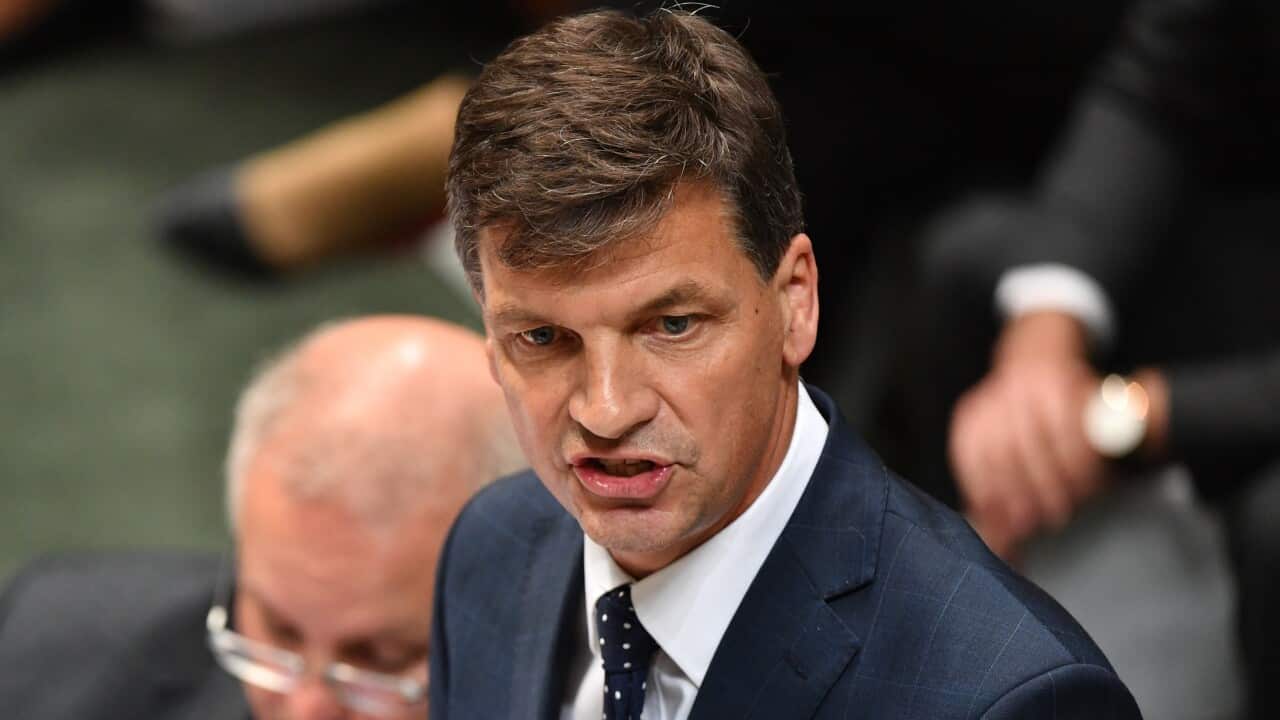 Minister for Energy Angus Taylor during Question Time in the House of Representatives at Parliament House in Canberra. Source: AAP