Border Force Act: whistleblowers not convinced they won't be targeted by govt

Doctors who have worked at immigration detention centres do not trust government assurances that those who speak up about abuse and conditions will not be targeted and potentially prosecuted. 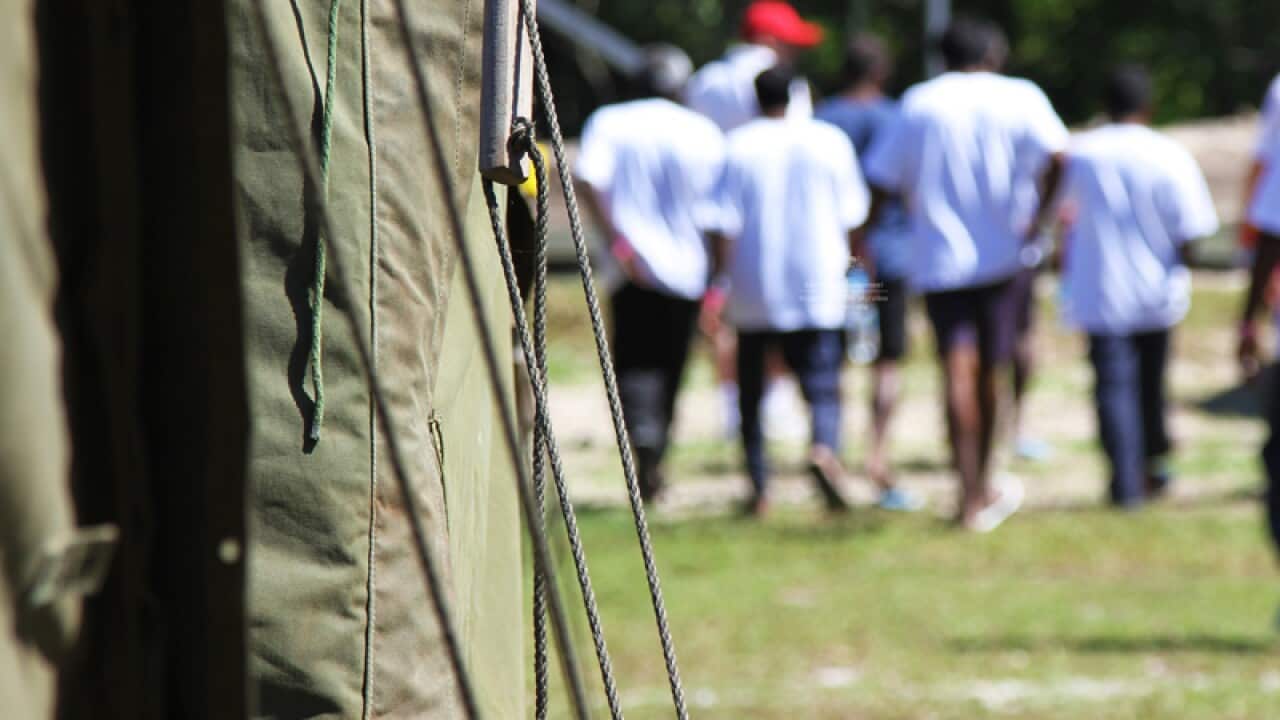 The Greens say the decision to send a pregnant woman back to Nauru where she was raped is horrific. (AAP) Source: Department of Immigration and Border Protection

Australian Border Force legislation that came into effect on Wednesday contains a provision that "an entrusted person" must not disclose protected information.

A breach of the provision can result in two years in jail.

The federal government says the measure is about protecting sensitive operational information from being leaked.

Advertisement
"It will not restrict anyone's ability to raise genuine concerns about conditions in detention should they wish to do so through appropriate channels," Immigration Minister Peter Dutton said, referring to public interest disclosure laws.

A group of more than 40 health workers, teachers and social workers who have worked at the Manus Island and Nauru detention centres have vowed to continue to advocate for those for whom they have a duty of care, despite the jail threat.

"Standing by and watching sub-standard and harmful care, child abuse and gross violations of human rights is not ethically justifiable," the open letter to Prime Minister Tony Abbott and Mr Dutton said.

Sydney-based pediatrician David Isaacs, one of the signatories, said the government's response was completely "disingenuous".

"This government is one renowned as a bully boy government," Dr Isaacs told AAP. "If the government is saying it's us being paranoid, then why did they pass the bill?"

Psychiatrist Peter Young also does not trust the government's assurances and said public interest disclosure laws were limited in scope.

"What this act does is prevents any health workers who are working in detention centres from carrying out their normal professional activities, such as collecting data and presenting it at academic and professional forums - it criminalises it," he told AAP.

The Royal Australasian College of Physicians said it was a black day for health professionals and their patients.

"It is an outrage to see the government attempting to force our silence," the college's president, Nick Talley, said.

Roman Quaedvlieg, who was sworn in as the Australian Border Force commissioner on Wednesday, echoed Mr Dutton's view by saying the fears might be overblown.

"I think those provisions have been over-interpreted somewhat," he told reporters in Canberra.

During the ceremony at Parliament House, Mr Quaedvlieg warned that Australia's "utopia" is under constant threat.

"Today marks a quantum leap forward in the border enforcement architecture of this country," he said.

Australian Greens senator Sarah Hanson-Young will seek the parliament's support for a public interest test to apply for whistleblowers.

Meanwhile, immigration and border force officers marked their first day working for a new agency by going on a two-hour strike over pay and conditions, which caused disruptions at airports and seaports.