Tributes are flowing for Sisto Malaspina. 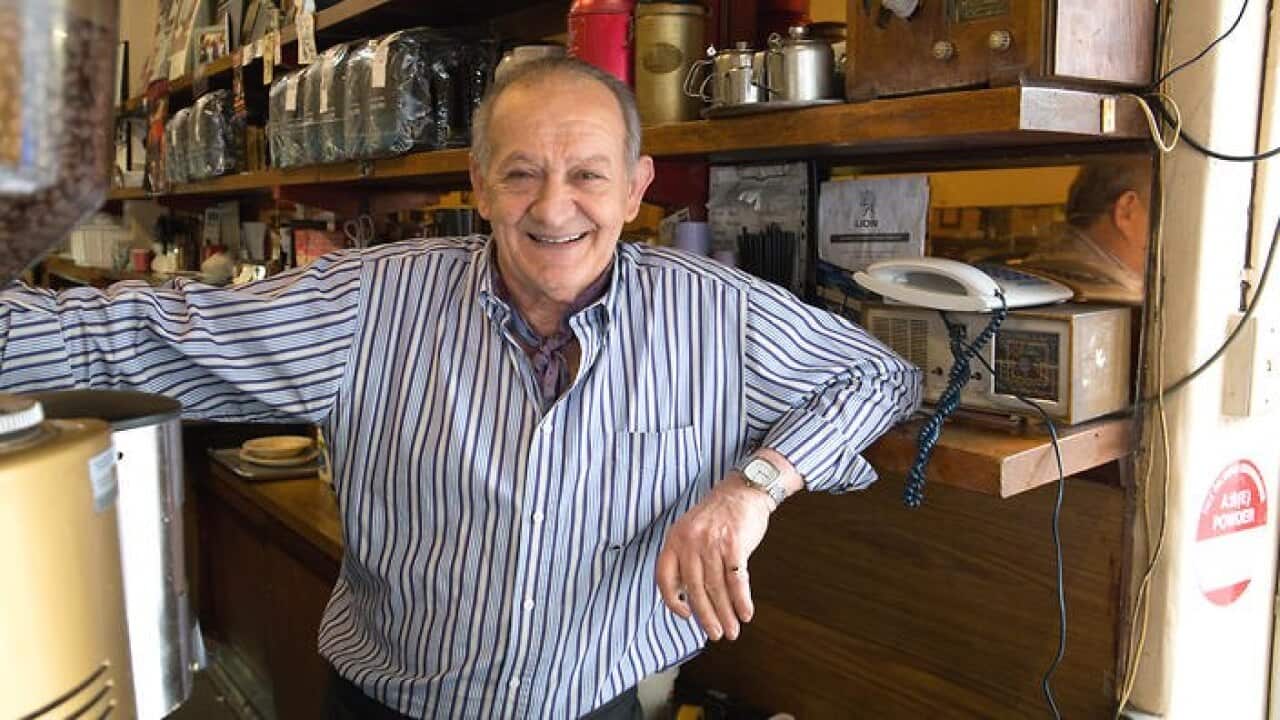 Mr Malaspina was stabbed to death by lone terrorist Hassan Khalif Shire Ali
on Friday evening
after the IS-inspired assailant failed to set off an explosion in Bourke Street.

Advertisement
Pellegrini's Espresso Bar is an Italian cafe widely regarded as a landmark in Melbourne's CBD.

Following Mr Malaspina's death, the cafe was swamped with flowers, cards and well-wishes from the Melbourne community.

The cafe has closed until Monday.

Patrons and supporters lined up to sign condolences into a visitor's book at the front of the cafe, sobbing and holding each other as they placed flowers at a memorial in front of the shop window displaying a large photo of Mr Malaspina.

"You always looked after us like family," the note read.

"You always said to have fun at work because we all worked so hard. Pellegrini's was your life."

"We've been business partners since 1974 and we were friends for 10 years before that... He was just so happy-go-lucky and always with a smile. We hardly had a cross word in the whole time we worked together."

According to the ABC, Mr Malaspina was born in Italy and came to Australia in 1963.

"I feel like an honorary grandfather to many," he said.

Opposition leader Bill Shorten tweeted he had been "visiting Pellegrini’s since school".

"I just saw Sisto on Monday morning. He insisted I try a slice of his almond cake. He’s a Melbourne icon and a true gentleman," he said.

While blue Wiggle Anthony Field tweeted "heartbroken that we lost such a great man of Pellegrini’s and a friend to so many (including me) Sisto Malaspina, to a senseless act of violence in Melbourne".

And tributes have also started to flow on social media.

Victoria police chief commissioner Graham Ashton said the victim was a 74-year-old man who worked in the city, but is yet to be formally identified.

Two other victims are in a stable condition in Royal Melbourne Hospital following surgery for lacerations.

Mr Shire Ali was killed at the scene when he was shot by police officers after lunging at them with a knife.