The investigation looked through evidence of "serious and systematic atrocities" against the Uighurs, a Muslim minority in China's Xinjiang province. 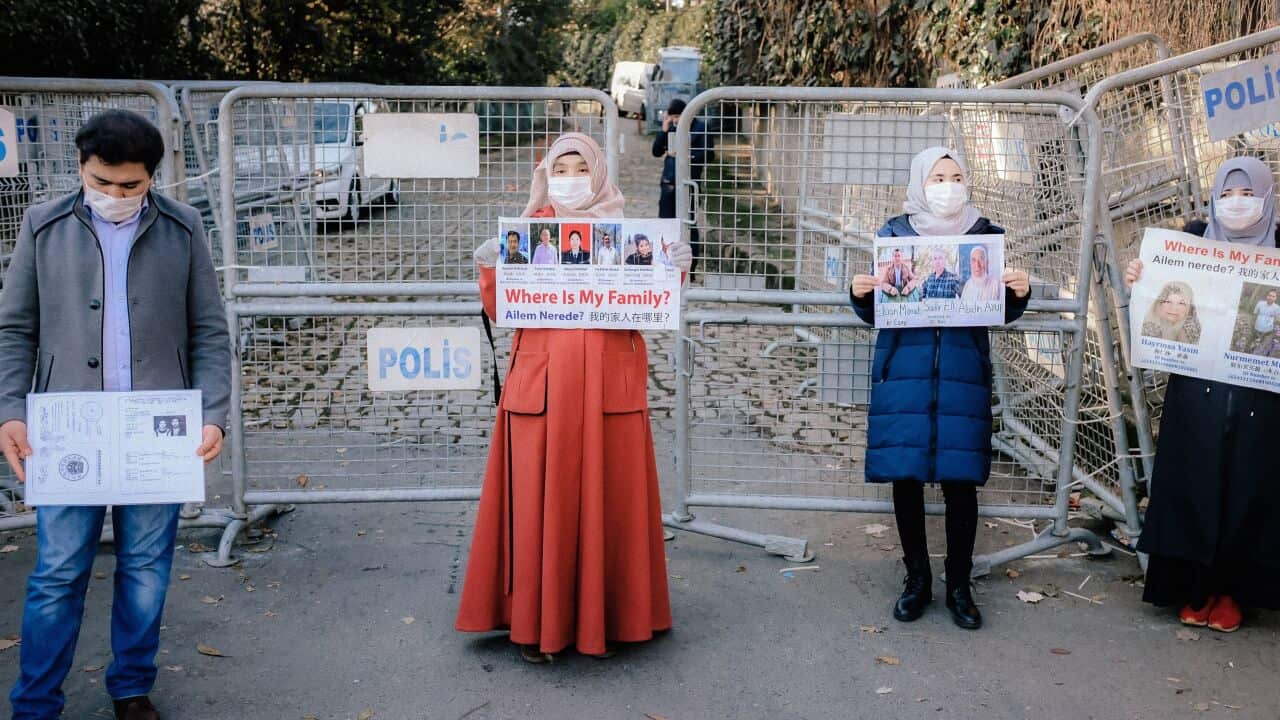 Uighurs in Istanbul ask for news of their relatives. Source: AFP/Getty Images

The Chinese government's treatment of Uighurs in the Xinjiang region breaches every article of the United Nations' genocide convention, a new report has warned.

The investigation - published by a non-partisan US think tank - investigates evidence of “serious and systematic atrocities” reported in the western Chinese province.

Published by the Newlines Institute for Strategy and Policy - a US-based foreign policy think tank - the report states there is “clear and convincing standard of proof” that China's treatment of Uighurs amounts to a breach of the 1948 UN convention.

The report cites examples of the torture of Uighurs, internment and forced labour, widespread rape and sexual abuse as well as systematic forced abortions and sterilizations.

The report found that Beijing's targeted policies amounted to a systematic campaign against the Muslim minority group - with the “intent to destroy” them.

“The intent to destroy the Uighurs as a group is derived from objective proof, consisting of comprehensive State policy and practice, which President Xi Jinping, the highest authority in China, set in motion,” the report said.

“Uighurs are suffering from systematic torture and cruel, inhumane, and degrading treatment, including rape, sexual abuse, and public humiliation, both inside and outside the camps."

The UN convention has been signed by 152 countries, including China.

Its provisions include killing members of a group, causing serious bodily or mental harm, deliberately inflicting on a group conditions of life calculated to bring about its physical destruction in whole or in part, imposing measures intended to prevent births within the group, and forcibly transferring children of the group to another group.

The report says the Chinese government’s repeated declaration of targeted policies directed towards the Uighur group is “inseparable” from a violation of these acts.

It also states China’s attempts to justify its policies against Uighurs as a war against extremism or terrorism "do not absolve" responsibility for genocide.

“The persons and entities perpetrating these acts of genocide are all State organs or agents under Chinese law, acting in their official capacities, or under the effective control of the State,” the report said.

“This report therefore concludes that China bears State responsibility for an ongoing genocide against the Uyghurs, in breach of the Genocide Convention.”

He described these as a “rumour fabricated with ulterior motives, and a lie through and through.”

“The claim that there is genocide in Xinjiang couldn’t be more preposterous,” he said.

However, the international community is increasingly voicing outrage against mounting reports of systemic persecution against the Uighurs.

The US administration has described the persecution of the Uighurs as genocide as have Canada’s Parliament and the Dutch Parliament.

The Australian government has consistently outlined its serious concern over the reported abuses.

The United Nations has cited credible reports that at least one million Uighurs have been held in political re-education camps in Xinjiang.