Victoria's chief commissioner says migrants who commit violent crimes should expect to be shipped back to their country of origin. 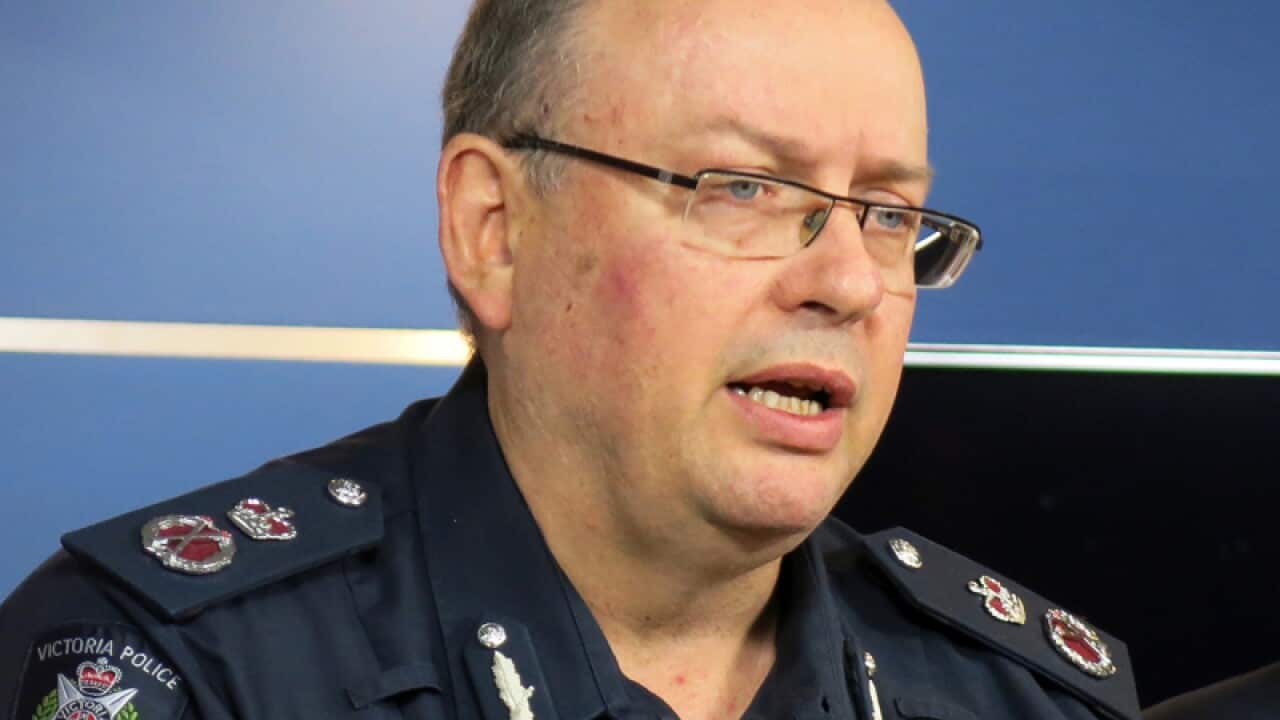 Migrants who commit violent crimes should "expect to be shipped back to their own country", Victoria's police chief says.

Chief Commissioner Graham Ashton's comments come as the federal government considers lowering the age criminal migrants can be deported to 16.

Four men linked to the local so-called Apex gang have had their visas cancelled after being convicted of crimes in Victoria.

Advertisement
Mr Ashton said while most members of the gang were Australian-born "Anglo-Saxon kids", Victoria Police would seize opportunities to report non-citizens to the federal government.

"If people are committing crimes on our streets, often violent crimes, often crimes of robbery, taking cars off people ... if there's an opportunity to move those people offshore, we're in favour of that, frankly," Mr Ashton told reporters on Thursday.

Victoria Police has referred a number of youths under 18 to Border Force, but Mr Ashton would not say how many.

Victorian Police Minister Lisa Neville said only recidivist criminals causing the most "serious harm" were being considered for deportation.

Federal Immigration Minister Peter Dutton told 3AW a federal migration committee was looking at the potential for children under 18 to be deported if they committed serious crimes in Australia.