Peter Dutton was quick to dismiss Jacinda Ardern's calls for Australia to rethink its approach to deporting New Zealanders. 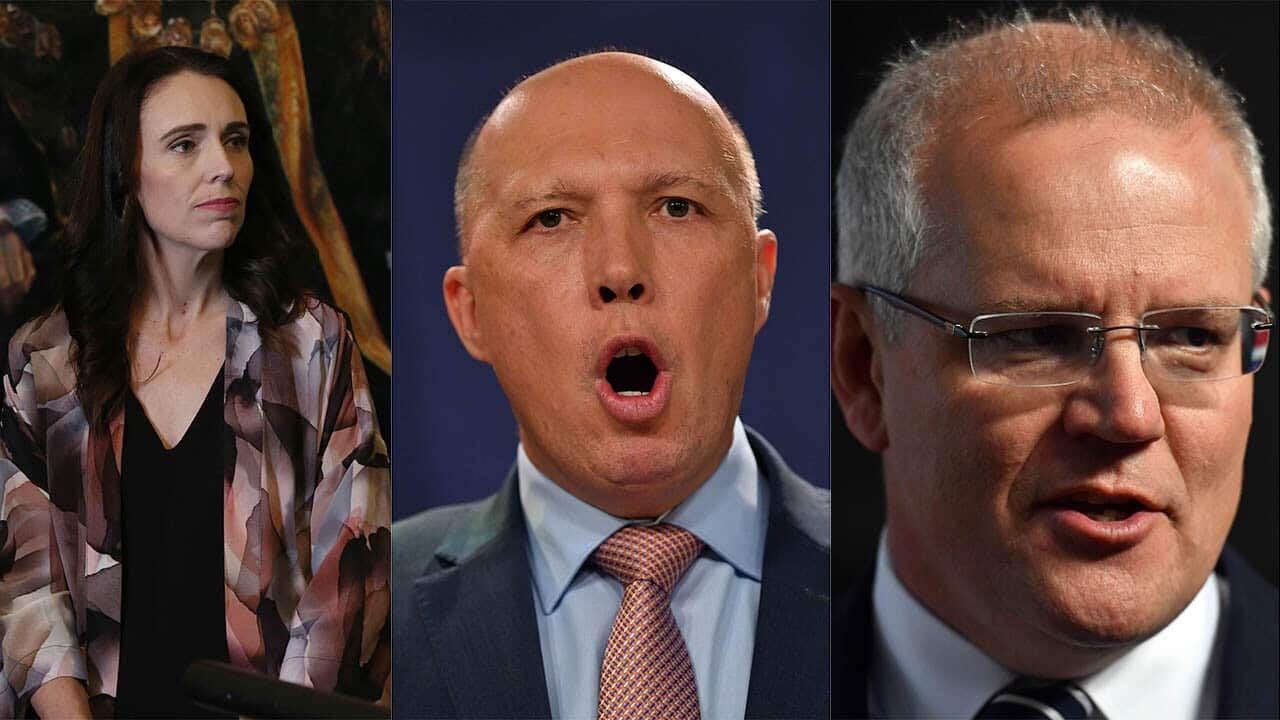 New Zealand prime minister Jacinda Ardern is due to meet with her Australian counterpart for the first time since the Christchurch massacre. Source: AAP

New Zealand Prime Minister Jacinda Ardern's complaints about Australia deporting Kiwis have again been ignored, with Peter Dutton dismissing them before she even had the chance to raise the "corrosive" issue directly with the prime minister.

Ms Ardern is meeting with Scott Morrison in Melbourne on Friday morning.

Ahead of the meeting the New Zealand leader said she would raise the issue of deportations, highlighting cases of Kiwis being sent back despite having lived in Australia since childhood.

“We have seen cases where there is also almost no connection of an individual to New Zealand who have been deported,” she told reporters in Melbourne on Thursday, ahead of the meeting.

"I consider that to be a corrosive part of that policy. And it’s having a corrosive effect on our relationship."

Successive New Zealand leaders have raised the issue, without success.

On Friday, Home Affairs Minister Peter Dutton confirmed there would be no change.

"If you come as a New Zealand citizen, or a Brit, wherever you come from, your country of origin is where you go back to if you have committed a crime," Mr Dutton told Nine's Today Show.

"Where people are sexually offending against children for example we have had a big push to try and deport those paedophiles."

Advocates for New Zealanders facing deportation have accused Jacinda Ardern of failing to stand up to her Australian counterpart.

Co-founder of Route 501 Filipa Payne said Ms Ardern had let down people who had been forced to leave behind their families in Australia.

"We want her to stand stronger than just saying the word 'corrosive', we would actually like her to address the fact that it's actually abusive," Ms Payne told SBS News.

"Our country actually needs her to be a voice, not a pacifist."

Under changes to immigration laws in 2014, a person’s visa can be revoked if they have been convicted of a crime carrying a jail sentence of a year or longer.

Since the government toughened its approach, more than 1500 New Zealanders have been sent back.

Ms Payne said Australia had a moral obligation to allow New Zealand citizens to remain in the country, even if they had committed a crime.

"These people were raised in Australia, they are a product of Australia."

Terrorism on the agenda

The leaders were also expected to discuss the Pacific step-up program and online security during their first meeting since the Christchurch massacre.

"Last time I saw Jacinda was under the most difficult of circumstances when we were in Christchurch for the memorial service which was a heart-wrenching exercise," Australian Prime Minister Scott Morrison told reporters.

Fifty-one people died in the March terror shooting, parts of which were streamed live on social media.

Mr Morrison has since moved initiatives at the G20 as part of the "Christchurch call" to send a message that social media and internet platforms "can't be weaponised by terrorists".

Ms Ardern's main reason for being in Australia was to deliver a
speech at Melbourne Town Hall
on good government on Thursday.