Former corporate lawyer Georgia Steele is set to run as an independent at the next federal election in the Sydney seat of Hughes, which is currently held by controversial United Australia Party MP Craig Kelly. 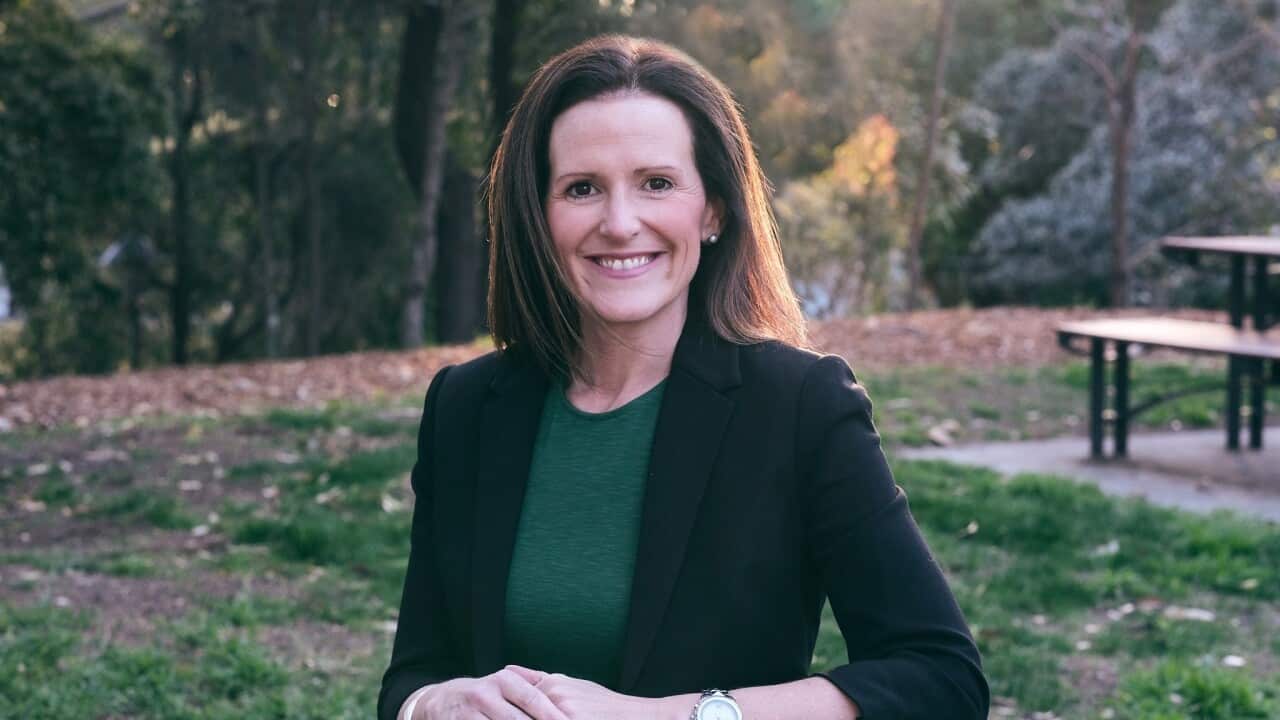 Georgia Steele will run as an independent MP in the Sydney seat of Hughes. Source: Facebook

Former corporate lawyer Georgia Steele announced her candidacy to run in the Sydney seat of Hughes on Saturday, saying she is campaigning on a foundation of climate action and the establishment of a federal integrity commission.

The 43-year-old said her run was inspired by previous election wins by independent MPs Zali Steggall and Helen Haines.

"I watched Zali Steggall get elected in 2019 in Warringah and watched Helen Haines take over from Cathy McGowan in Indi at the same time," Ms Steele told the Sydney Morning Herald.

Advertisement
"I really started to believe that independents were the surest and quickest way to fix some of the problems in federal politics."

Craig Kelly has been the member for Hughes since the 2010 federal election when he won as a Liberal candidate.

He resigned from the party to sit as an independent MP in February 2021, before joining Clive Palmer's United Australia Party shortly after and announcing he would lead it at the next federal election, slated for 2022.

He faced criticism over recent years for spreading misinformation on social media related to climate change and COVID-19.

In September, the Therapeutic Goods Administration
accused Mr Kelly of breaching copyright and misleading the public about adverse reactions to COVID-19 vaccines.

Mr Kelly engaged in a text message campaign about vaccines, including a message with a link taking people to a database of adverse event notifications for vaccines.

Ahead of the federal poll, which must be held before 21 May, Ms Steele said she hoped that her standing as an independent MP will work in her favour.

“Hughes now is going to be the epicentre for Clive Palmer’s United Australia Party for the next election, given Craig Kelly is now that party’s leader,” she said.

“I am here saying, ‘there is a sensible, qualified person willing to stand up against the United Australia Party in the interests of the community of Hughes’.”

Ms Steele said she hoped to collect community donations and is in talks with Climate 200, a non-profit, non-partisan campaign group led by Simon Holmes à Court.

"I won't just sit here while the climate vandals leading the country and politicians bend even further to the extreme right," she said in a campaign video.

Ms Steggall, a former Olympic athlete who won the seat of Warringah at the 2019 federal election as an independent MP, said Ms Steele's candidacy was "great news" for the people of Hughes.